Turbulence during a flight is something which many airplane passengers find extremely frightening. Even if it is quite mild, they may feel as though the plane could be about to fall out of the sky. Pilots, on the other hand, are generally quite calm about turbulence, simply making an announcement that they the plane has hit some turbulence and people should take care. They may put on the seatbelt sign, and the cabin crew may even occasionally stop serving drinks and food if the turbulence is moderate or severe, but that is about all. In fact, passengers may be amazed at how unconcerned the crew seem, when the aircraft is making what feels like wild gyrations and movements.

So what is turbulence, what causes it, and should we be concerned if we find ourselves caught up in it? And what about pilots of light aircraft; are they in a different situation if they should happen to hit turbulence during a flight? Let us take a look at these and some related questions.

What Exactly is Turbulence? 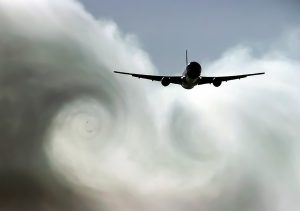 You can find different definitions of turbulence, but a common one is that it is “chaotic and capricious eddies of air, disturbed from a calmer state by various forces”. Perhaps an easier-to-understand definition would be that turbulence is irregular motion of the air that the plane is flying through, which then results in annoying bumps and violent movements, or occasionally is even severe enough to momentarily throw an aircraft out of control. It can, very occasionally, even cause structural damage.

There are several different causes of turbulence.

Mechanical Turbulence is friction between the air and the ground, and occurs particularly at lower levels. It occurs generally in unstable air, and depends to a large extent on the strength of the wind. Mountain waves are turbulent eddies that are found downwind from mountain ridges. Mountain waves produce some of the most severe turbulence associated with mechanical agencies

Thermal Turbulence is caused by the sun heating the earth’s surface unevenly, so that convective currents are set in motion, with warm air rising and cool air descending. This type of turbulence can occur in cumulonimbus or rain bearing clouds, and may be quite intense. It is one reason why pilots, particularly those flying light aircraft, try to avoid flying through rain clouds.

Frontal Turbulence occurs between two opposing air masses, ie a ‘front’ in weather terminology. It is more commonly associated with cold fronts, but can be present near a warm front as well. The warm moist air is unstable, and the turbulence will be particularly severe if a thunderstorm develops.

Clear Air Turbulence is restricted to cloud free air. It is not associated with thunderstorms, and always occurs above 15,000 feet. It may occur during a commercial flight which seems to be quite calm and pleasant, when you are flying through clear, sunny air. It therefore often comes as a surprise to both pilots and passengers. It is most frequent during winter, and can extend to extremely high levels.

Can the Presence of Turbulence be Predicted? 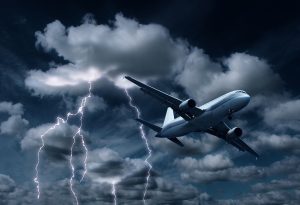 Pilots can detect certain types of turbulence using onboard weather radar. But this is rather imprecise; they cannot be certain where turbulence will occur. However, they will try to avoid cumulonimbus clouds or forecast thunderstorm areas, which are places where turbulence is quite likely.

Clear air turbulence, however, cannot usually be predicted. This is why pilots of commercial aircraft always recommend that their passengers keep their seat belts fastened during the flight, whenever they are seated, just to be safe. Pilots try hard to avoid turbulence, not because it is dangerous, but because it is uncomfortable, as much for the flyers as it is for the passengers. So if they encounter turbulence, be assured that they will do their best to get out of it.

Turbulence is officially categorised into Light, Moderate, and Severe.

Light turbulence causes slight, erratic changes in the altitude and attitude of the plane. It may cause cups of liquid to shake, but not to spill. Passengers may feel a light strain against their seat belts.

In Moderate Turbulence changes in altitude or attitude are more severe, and cups of liquid are likely to spill or fall over. It may be difficult to move around without holding on to something, and flight attendants may have difficulty maneuvering their carts. Passengers will feel a definite strain against their seat belts.

Severe turbulence causes large, abrupt changes in altitude or attitude, and usually large variations in airspeed. The aircraft may be momentarily out of control, but only momentarily. Items fall over, it is impossible to walk about, and passengers are forced violently against their seat belts. After a case of severe turbulence, the aircraft is likely to be checked after landing, just to ensure that there is no structural damage. However, even severe turbulence is not dangerous, and any injuries to crew or passengers are likely to be caused by occurrences such as items flying out of overhead lockers or someone falling over.

It is interesting to note that passengers often perceive moderate turbulence as being severe, while pilots are not remotely concerned about it! 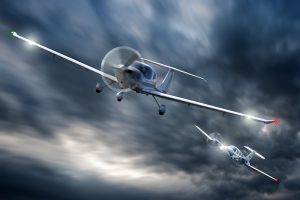 So are small planes different? Should their pilots and passengers worry about turbulence more than pilots of commercial aircraft?

Inexperienced private pilots often worry a great deal if they hit even mild turbulence. But, as is the case in larger aircraft, turbulence is rarely dangerous. It can, however, be very uncomfortable to hit turbulence when you are flying a small plane. Small aircraft weigh less, so they feel turbulence more, and are thrown around by it to a much greater extent.

This is unlikely to cause damage to the aircraft, unless the turbulence is extremely severe. But it can cause pilots and passengers to hurt themselves, for example by hitting their heads on the roof of the cockpit or something similar. So if you hit turbulence in a light aircraft, tighten your harness, and make sure your passengers know to do the same. But do assure them that the turbulence is not dangerous; they are not about to fall out of the sky!

It can, however, be quite difficult to land if there is turbulence. In a situation like this, it is important to keep up your airspeed during the approach. The airspeed indicator may be fluctuating wildly, and you do not want to risk stalling by flying too slow. A little too fast is safer in this situation. So fly an approach at five to ten knots above your usual approach speed, and keep the power on until the last possible moment. Reducing flaps may help too, depending on the type of aircraft.

In fact, when you’re dealing with a gusty day, the FAA recommends that you add half the gust factor to your final approach speed – but not more, or you may land too fast for the runway length available! And of course be prepared to go-around if necessary, if things get too difficult for you!  There is no shame in having a second shot at any landing.

Turbulence may seem frightening, but commercial pilots rarely worry about it, and neither should you. The plane isn’t going to crash, not matter how severe the turbulence. It will still be flying, and you need to hit something in order to crash. As pilots often say, no-one has ever collided with the sky.

Planes are built to withstand most turbulence. And in the case of more extreme turbulence, which would ideally be navigated around, your pilot is able to bring down the plane’s speed to a safe velocity, so your plane won’t be damaged as it passes through the disturbed air.

So if you hit turbulence during a flight, simply tighten your seat belt and relax. You may even come to enjoy it in time! 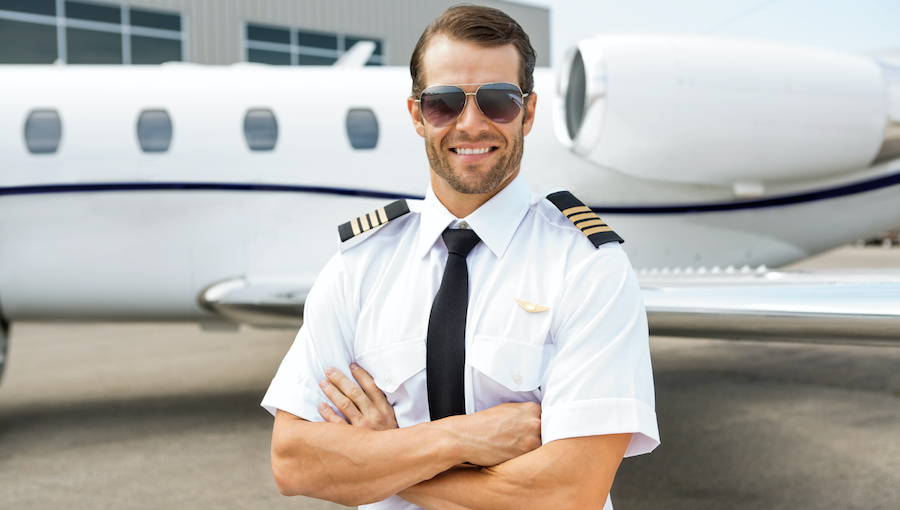 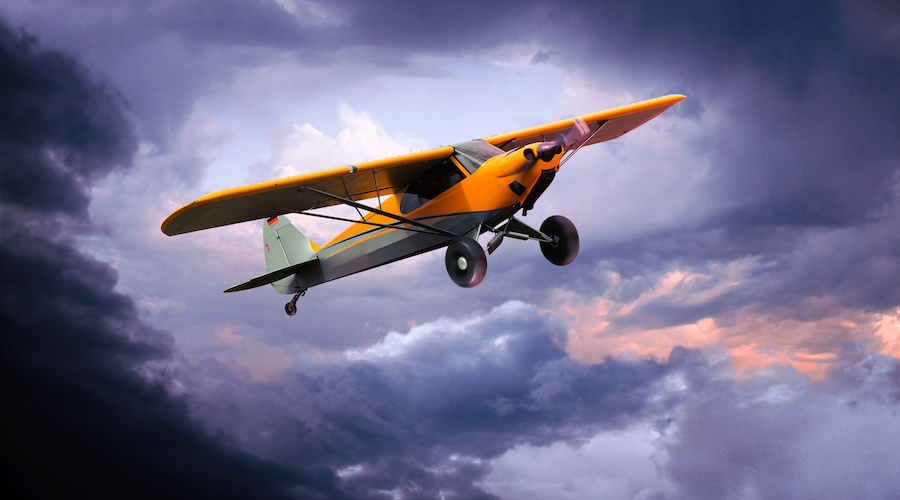 How Hard Is It to Get an Instrument Rating?