A major limitation of large-scale operations is the requirement for the remote PIC to maintain visual line-of-sight with the UAV. The effective range to comply with this requirement may vary based on weather conditions and the size of the UAV but is typically less than a mile. This can be problematic if one were to do an inspection or surveillance of facilities that are several miles wide.

An effective way to expand the effective range of visual line-of-sight is to operate the UAV from a moving vehicle or platform. Although such an act is normally restricted by the Part 107 rules, it is one of the provisions which can be waived upon request by a licensed operator. If this is a waiver you’re planning to file, then here’s a quick sample we have prepared for your guidance.

UAV operations is proposed on a stretch of mountainous terrain running parallel to Highway 89 in Washington County, UT. This is a sparsely populated area with no nearby facilities, establishments, or critical infrastructure.

For reference, the proposed area is bounded by the following coordinates:

The proposed operations will be for a film shoot for the travel documentary ‘Great Landscapes of Washington County’. This is a film produced by Washington Tourism Inc. and is due for release in the latter half of 2021.

The flight crew will consist of at least three people: the remote PIC, a visual observer, and a person operating the vehicle. In the interest of safety, none of these roles shall overlap. A 4WD vehicle with a flatbed trailer will be used to facilitate traversal over mountainous terrain. The flatbed trailer shall be outfitted with a rig to secure both the remote PIC and the visual observer while providing optimal visibility of the skies.

The drone will be flying approximately parallel to the traversal path of the vehicle at no more than 500 feet of horizontal distance. This is to ensure good visibility of the drone for both the remote PIC and visual observer.

1. Describe how you will ensure the dynamic (i.e., ever-changing) area-of-operation is properly evaluated for potential hazards and the risks presented to non-participating persons and property. Include a description of how you will mitigate those risks so the hazards are controlled or eliminated.

Before each UAV operation, the team consisting of the remote PIC, visual observer, and vehicle operator shall do a pre-flight inspection of the proposed traversal path. This will be coordinated with the rest of the film crew to ensure the suitability of the footage to be captured.

The purpose of the pre-flight inspection will be to identify potential hazards to the operation, both on air and land. These can include trees, power lines, utility pipelines, rocks, birds, uneven ground, steep slopes, or glare from the sun. The team has the authority to revise the traversal path as necessary to minimize these risks.

The entire area of operations will be cordoned off, with security measures especially tightened while UAV operations are ongoing. Additionally, all members of the film crew will be oriented about the details of the UAV operations and the associated risks. During UAV operations, only critical personnel will be allowed to remain within the proximity of the vehicle traversal path.

If something unanticipated and potentially dangerous comes up, any member of the flight crew (including authorized members of the film crew) can call for the suspension of UAV operations. Non-participants walking into the area of operations is sufficient grounds for a suspension. If this happens, the remote PIC shall land the drone in the nearest safe spot, with the vehicle keeping standby to assist the remote PIC as necessary.

The flight crew has the option of adding visual observers to the team that are stationed near the vehicle’s traversal path. The purpose of these additional visual observers will be to anticipate the arrival of the vehicle and UAV and warn them of any potential hazards on the way. These can include birds or other animals straying near the pre-determined path or any particularly tricky parts of the terrain.

2. Describe how the RPIC and VO will be able to maintain visual line of sight (VLOS) with the sUA from the moving vehicle.

Maintaining visual line of sight will be one of the objectives of the pre-flight inspection, ensuring that the drone flight path and vehicle traversal path do not deviate too far away from each other. The goal for the crew would be to maintain a distance of no more than 500 feet horizontally between the vehicle and the drone.

To aid in maintaining visibility even when it gets dark, the drone will be outfitted with Topsun 2.5W LED strobe lights. It is the discretion of the remote PIC to activate the anti-collision lights when they deem necessary. In the case of harsh lighting, all members of the flight crew will be provided with anti-glare polarizing sunglasses.

If there is any unpredicted event that will prevent the remote PIC from maintaining visual line of sight with the UAV, the operations will be suspended immediately. The remote PIC will land the drone in the nearest safe landing spot.

3. Describe how all persons involved in the operation will stay free of distractions that may prevent them from fulfilling their duties.

As mentioned, the flight crew will consist of three distinct roles at a minimum – the remote PIC, visual observer, and vehicle operator. None of these roles shall overlap to ensure that each person can focus on their responsibilities. Additional visual observers can be employed as necessary, but they will need to undergo proper training and orientation prior to deployment.

The pre-flight inspection plays a huge part in ensuring that none of the members of the crew become distracted by unanticipated factors. Part of the inspection involves the team traveling the proposed vehicle traversal path to identify potential hazards.

All members of the crew will be oriented about the flight plan for the UAV operations to ensure that only critical personnel will be allowed in the area of operations. The security crew will also play a critical role in ensuring that the flight crew does not get distracted by bystanders wandering into the area.

To ensure close coordination between all members of the flight crew, each member will be equipped with a walkie-talkie. Hands-free accessories will be provided as necessary. Communications will be rehearsed during the pre-flight inspection and will be thoroughly tested immediately before the start of UAV operations.

4. What are the procedures the RPIC will follow during a loss of data link with the sUA? How do these procedures account for the dynamic movement and positioning of the RPIC and ground control station (GCS)?

During the pre-flight inspection, the team will also be identifying obstacles that could possibly hamper communication between the UAV and the GCS, or possible sources of electromagnetic interference. The traversal path or flight path can be altered to avoid these hazards.

The return-to-home (RTH) function of the UAV will be enabled and will activate if it detects a loss of data link. By default, the RTH landing spot will be the same as the take-off location. However, the remote PIC will have the ability to update the home point to account for the dynamic nature of the location of both the drone and the remote PIC.

To make sure that the RTH feature functions as expected, the remote PIC will test it before beginning any UAV operations. The remote PIC is also responsible for ensuring that the UAV gets a GPS fix to allow for automatic GPS-based navigation once RTH kicks in.

All the information and documents you have submitted during the application will be displayed here for the final review. This is your final chance to revise anything. After final submission, the FAA will no longer accept revisions or additional supporting documents. 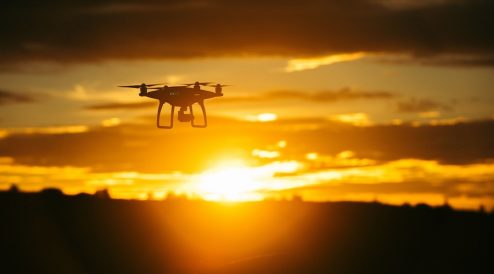 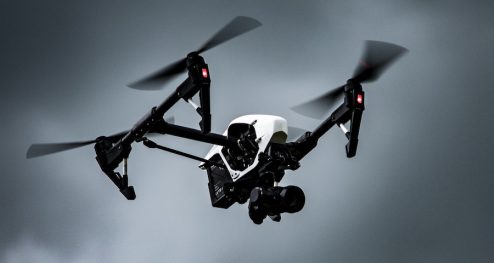 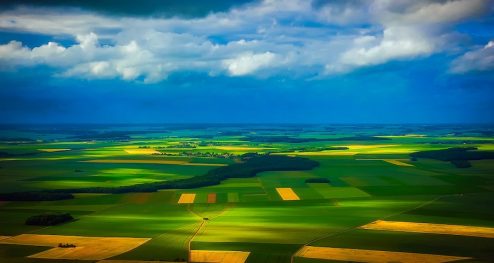