Agencies concerned with public safety such as law enforcement, emergency response, and firefighting are some of the most prolific users of drone technologies. This is not really surprising and has prompted drone manufacturers to design drones specifically for public safety use. This is a market that has grown rapidly in the last few years.

Just how exactly do agencies like police departments use drones? How capable are today’s drones in helping out law enforcement and how do they augment the capabilities of the police? Are there any safeguards in place that will prevent the abusive use of drones by police departments?

How widespread is police use of drones?

Back in 2017, there were 347 government agencies that were documented to be using drones. Of this number, about 96 were police department departments and 121 were sheriff’s offices. At the time, this number was estimated to be around a five-fold increase within the previous two years.

Since then, the number of law enforcement agencies that use drones has ballooned significantly. According to a report by the Atlas of Surveillance, there were at least 1,172 police departments in the country that used drones as of the end of 2021. Another dataset collected by the Bard College researchers indicated that there were at least 1,578 state and local public safety agencies in the U.S. that had acquired drones as of March 2022, around 70% of which were law enforcement bodies.

The huge increase in drone use in law enforcement (and elsewhere) can be traced to the release of the Part 107 rules back in 2016. Before this, the use of drones at the enterprise level remained heavily regulated, despite its popularity in hobbyist circles growing. Part 107 provided the legal framework for drone use by professionals, firms, and agencies. In 2017, a record number of public safety agencies started acquiring drones.

This ten-fold increase in the use of drones can be ascribed to a higher degree of acceptance of drone technology and the release of drones that are specifically marketed for public safety use. Of course, such a move would not be possible without a budget deliberately being earmarked for the acquisition of drones and drone-related training of police officers

How are police departments using drones?

There are lots of good reasons why police departments have so readily embraced drone technology. Drones provide aerial support that is inexpensive, low-profile, and easy to deploy. The current generation of drones can be outfitted with equipment and sensors that can help them navigate automatically or give them advanced capabilities like 3D mapping and thermal imaging.

The following is a short list of the established use cases of drones by law enforcement agencies:

Drones are uniquely suited for use in search and rescue operations. They can provide an aerial perspective of a search area and can travel great distances much faster than teams on the ground. They can also be programmed to fly along a pre-determined path to execute a more systematic search.

The best type of drone for search and rescue operations is one that has a thermal camera. With thermal imaging, drones can help in search and rescue even at night or in poor visibility. There have already been lots of documented cases of drones successfully locating missing people, very likely saving them from harm due to severe weather conditions.

Police departments in the U.S. have taken to sending drones as advance parties in highly dangerous situations such as those involving hostages or active shooters. Small drones with obstacle avoidance systems and high-fidelity FPV videos help in these situations as they can be piloted into tight indoor spaces. Some drones even come with glass breakers to help them gain entry.

Sending drones into such situations can help police assess the situation without having to expose anyone to unnecessary risk. Drones with two-way communication capabilities can also be used for negotiation. These drones may also have thermal imaging capabilities, in case of scenarios happening under the cover of darkness.

Documentation of crime scenes is important but painstaking work. It often involves the participation of several investigators, yet it is still possible for some parts of a crime scene to get overlooked. In recent years, the efforts of on-site investigators have been augmented with drones with high-resolution photography and 3D mapping capabilities.

This also comes in handy in documenting sites of traffic accidents. Drones can do quick flybys of an accident site, recording it both as images and 3D models. From these models, investigators can zoom in on the details or make measurements. The use of drones allows for rapid documentation of accident sites so that normal traffic can resume as soon as possible.

Drones have been used by police to monitor huge crowds, particularly during parties, sports events, and other crowd-drawing events. This is certainly one of the more controversial uses of drones by police, especially when it is done during protests.

Having an eye in the sky helps law enforcement monitor crowd movement and growth. It is also useful for keeping an eye out for any potential troubles that may require ground support.

At the height of the COVID-19 pandemic, police departments around the world started using drones to help implement social distancing guidelines or to check on residents who have tested positive for the virus. Warnings were also blared through drones that had speaker attachments.

Police departments have also been known to use their drones to assist allied agencies in public safety applications, such as firefighting or disaster relief.

Controversies related to police use of drones

Putting technology like drones in the hands of state power like the police is bound to cause controversy. This is even more pronounced specifically in the case of drones, considering their history of being used for surveillance and dropping weaponized payloads during wars.

The practice of drone flight has unavoidably been linked with privacy concerns. These concerns are valid – never before have we had as many flying cameras in the sky, and it is also true that there are cases of drones being used for illegal surveillance and stalking.

Most of the criticism has had to do with the use of police drones during protests. Although it can be argued that these drones are being used in the interest of crowd safety, there is also no denying that drones are symbolic. Having an omniscient eye in the sky flying over a crowd creates a chilling effect, possibly causing fear of reprisal over the expression of their political opinions.

The invasiveness of drone use by police departments is something that has been criticized internationally by civil rights groups. There have been concerns over the integration of facial recognition technology with drones or the possibility of drones transmitting GPS data to remote servers.

In response to some of these concerns, the Department of Homeland Security grounded the fleet of Chinese-made drones back in early 2020. The U.S. federal government further announced that they will no longer be acquiring drones from Chinese manufacturers to be used in military or police applications.

Regulations on drone use by law enforcement

Privacy concerns over widespread drone use, whether by the police or civilians, have largely remained unaddressed by federal laws. When the Part 107 laws were published by the FAA, there were no provisions in the law that regulated the use of drones within a private property or for unwanted surveillance.

As a response to the growing concerns, state and municipal governments opted to craft their own laws regulating the use of drones. Some states have also enacted laws that govern the use of drones by police departments. This has resulted in a patchwork of different laws from one state to another, making implementation difficult because of the challenge of information dissemination.

There have been laudable efforts in some states to promote transparency in police-initiated drone use. In the state of Alaska, police use of drones has to be approved by a chief administrative officer and all flights must maintain an auditable record of the time, date, the purpose of the flight, and the identity of the approving officer. There must also be a system for notifying the public of any drone operations.

In Florida, state law prohibits the use of drones by law enforcement to surveil people or privately owned property in the absence of a warrant or reasonable suspicion of imminent danger to life or serious property damage. Outside of the conditions mentioned in the law, any footage recorded by a drone is inadmissible as evidence in court.

In addition to Alaska and Florida, the states of Idaho, Illinois, Indiana, Iowa, Maine, Minnesota, Montana, New Mexico, Oregon, Tennessee, Utah, Vermont, Virginia, and Wyoming also have laws in place that attempt to define the limitations of drone use by law enforcement. Although laudable, this list still only represents less than half of the states in the U.S.

On the other side of this argument, excessive regulation of drone use by police can curtail the non-invasive and beneficial use of drones. In huge public events, getting a warrant for the use of drones may be difficult due to a lack of probable cause. However, a drone can help police identify a potential threat or, in the event of an attack, identify the perpetrator.

The Brookings Institution in Washington, DC has published a list of recommendations for legislation that will regulate the use of drones by police, taking into account both the concerns of the public and the potential benefits of drone use.

The recommendations are as follows:

Moreover, the study suggests that lawmakers reject the requirement of a warrant before a drone can be used lawfully by law enforcement. This severely restricts the benefits of drones and renders them inaccessible by layers of red tape. Instead, exceptions to the warrant requirement must be codified, allowing for rapid drone deployment in situations that have been pre-identified by legislation.

The use of drones by police departments is certainly a controversial matter with multiple good arguments coming from both sides. This remains unresolved mostly because of the lack of any federal legislation that helps address the concerns of the public over unwanted surveillance and violation of privacy.

The benefits of drone use for law enforcement and the wider arena of public safety have already been well-established. There have already been many lives saved by the use of drones in search and rescue, and potentially dangerous situations that have been de-escalated through tactical intelligence provided by drones.

However, concerns over unregulated drone use must also be recognized. Experts on the matter have called for laws that will promote better transparency and accountability over drone use by police departments. There must also be safeguards in place that will prevent persistent surveillance of individuals or private property, especially in the absence of probable cause.

The delicate balance that this scenario demand is going to be difficult to attain. There likely also isn’t a scenario that everyone will find acceptable – making everyone happy is simply not possible. However, the current approach of letting state government craft their own laws regulating the use of drones by police departments leads to patchwork implementation and the lack of clear vision for this particular subset of drone applications. 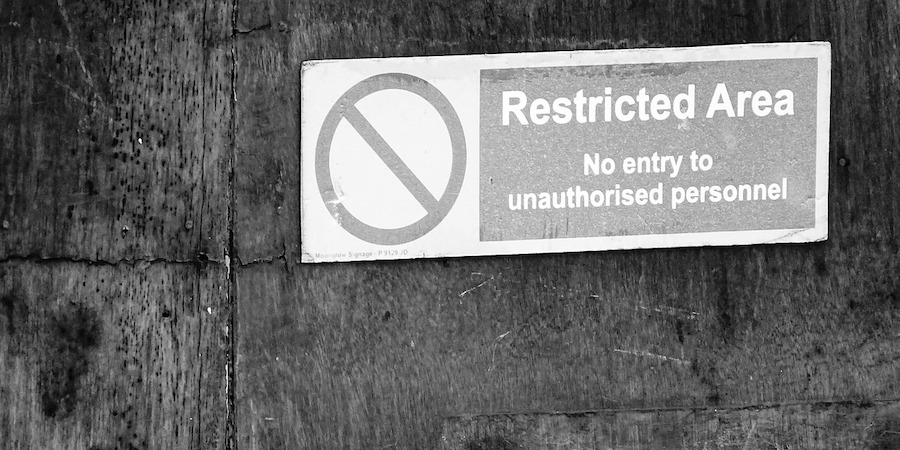 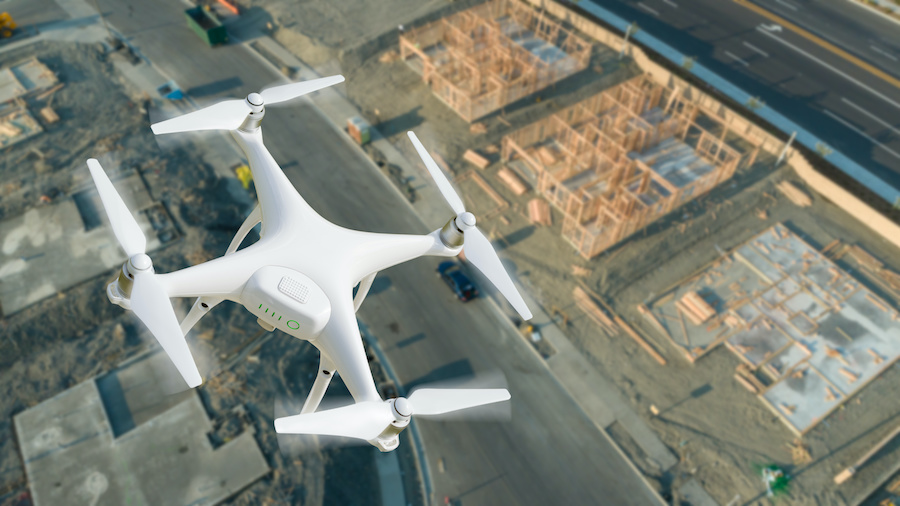