Back in 2018, DJI and Ryze collaborate to develop the Tello – an entry-level drone that was marketed as a learning tool for students who were into coding and robotics. This year, the follow-up to the Tello was launched – the Robomaster TT.

The Robomaster TT offers multiple coding platforms, a more stable Wi-Fi module, support for external sensors, and the ability to program a swarm of multiple drones. It is significantly more expensive than the original Tello, although DJI offers an option to upgrade a Tello EDU to the Robomaster TT with an expansion kit.

Do the Robomaster TT upgrades justify its higher price tag? How much better is it compared to the original Tello?

The coding platform of the Tello EDU wasn’t exactly sophisticated but was just capable enough for young students. It supports block-based programming beginners and coding via the Swift Playground app for those with more advanced skills.

Many of the features of the Tello EDU formed the foundation for the next iteration of DJI’s educational drones. The Tello EDU can be programmed for object tracking, object recognition, computer vision, and was touted to have deep learning capabilities. It was even possible to control multiple drones using a single controller, although actually getting this to work proved to be difficult.

With more than three years separating the Robomaster TT from the original Tello, we expect this new education drone to be so much better. To meet these expectations, DJI has designed the Robomaster TT with several hardware and software upgrades

The central hardware feature of the Robomaster TT is the ESP32 microcontroller. This open-source module is compatible with both Arduino and MicroPython coding, as well as the kid-friendly Scratch platform that we have already seen in the Tello EDU.

The open-source nature of the microcontroller also makes the drone compatible with any third-party external sensor. If you want to use proximity sensors or other computer vision tools, just make sure to install the appropriate driver on the controller board.

This is certainly a step up from the fairly simple coding platform of the Tello EDU. The Arduino and Python support should help attract potential drone pilots who have more coding experience.

The upgraded Wi-Fi module of the Robomaster TT can switch between either 2.4 GHz or 5.8 GHz frequency bands. This should help the drone maintain a more stable connection, particularly in environments where there is a high density of wireless devices. For comparison, the Tello EDU was only able to connect using the 2.4 GHz frequency.

The Robomaster TT has a swarm support feature that has been described as a more stable and reliable version of the same feature found in the Tello EDU. There are a lot of possibilities for this feature, especially considering the different coding platforms provided by the Robomaster TT. Fancy conducting your very own drone aerial show? You can now do that from your own backyard.

The Robomaster TT retains a similar size and shape as that of the original Tello, including the provisions for propeller guards. With an 8 x 8 dot matrix display and an array of LED lights, the Robomaster TT can be programmed to do fancy light shows. We can just imagine what creative minds can come up with all these tools are their disposal.

Who should buy the Robomaster TT?

The original Tello was initially marketed as an entry-level ‘toy drone’ that was priced at less than $100. When the Tello EDU was launched, it marked a transition to making this line of drones more geared towards STEAM education. DJI has since followed through with this commitment with the Robomaster line.

The Robomaster TT is not just for casual use anymore. Yes, anyone can just buy it and fly it for fun. It also helps that the Robomaster TT is small and light enough that it does not need to be registered with the FAA for recreational use.

However, the Robomaster TT truly shines as a tool for education. Nowadays, lessons on coding and robotics have become considered essential for young students, especially those who may want to seek careers in science and technology. Drones like the Robomaster TT provide a learning platform that is fun and engaging for kids.

At around $300, the Robomaster TT is also a lot more expensive than the original Tello EDU. This could be a significant deterrent to the more widespread use of this drone as a learning tool, especially if schools will aim to purchase multiple units. Those who own Tello EDU drones also have the option to make an upgrade via a 5-piece expansion kit.

With the Robomaster line of devices, it appears that DJI is heavily investing in the market for STEAM education tools. This isn’t exactly a new market since SDK-compatible drones have been commercially available for a few years now. The DJI brand just brings a certain level of reliability and sophistication to the Robomaster TT.

Along with learning about coding, it would also be great to see more young students learn how to fly drones. It’s not unreasonable to expect drones to be more and more ubiquitous in the coming years. Soon enough, kids will learn to fly drones in the same way that they learn how to ride bikes – it’s best to start them early. 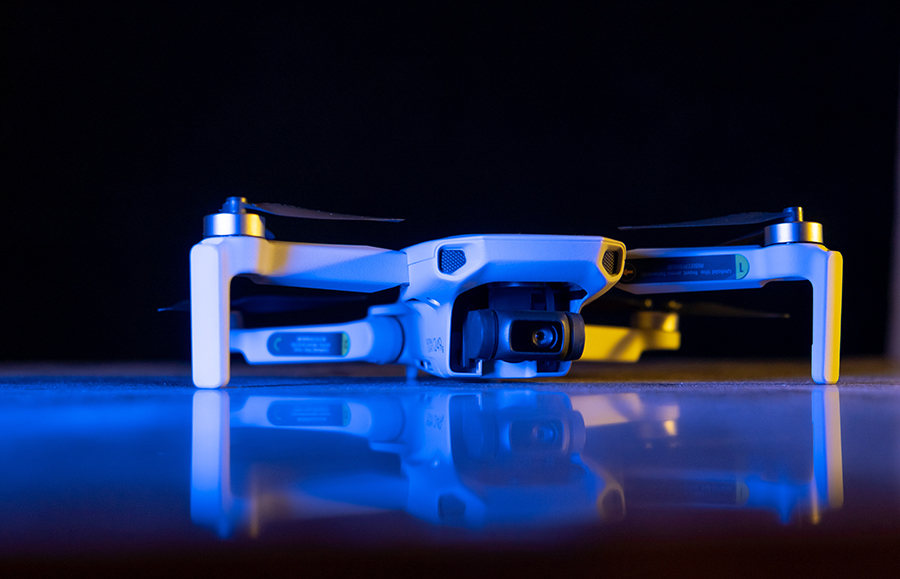 Can I Fly My Drone At Night? Recreational and Part 107 Pilots