Those huge white numbers at the start of the runway aren’t assigned at random. They actually have meaning! There is a logical and easy system used when assigning runway numbers. Today we will tell you all you need to know to work out which direction you are taking off and landing.

Runway numbers are actually a reference to the closest magnetic heading of the runway. The runway heading is rounded to the nearest 10 degrees, and the zero is removed. This number is then assigned to the runway. Further differentiation can be achieved with letters on parallel runways.

While it is relatively simple, there are a few things to be aware of when discussing runway numbers.

Airfields are actually pretty heavily regulated on how they name them.

Runway numbers aren’t just there for decoration. Nor are they arbitrarily named. In fact, there is a lot of information held within those huge white digits.

The runway numbers actually tell you where the runway is pointing, referencing magnetic north.

Let’s imagine standing facing down a runway with a compass in our hand. Our compass reads 092°.

What is the runway number?

Well, here’s a step-by-step guide to how it is calculated: –

See? We told you it was simple!

Now that you know how runway numbers are assigned try and work out which direction you would be pointing in the following examples.

You need to add a zero to the ends of these numbers! The result is the direction you are pointing in degrees magnetic.

How Are Runways Lettered?

But wait. There are also letters on runways. What do these mean?

Relax guys. Just as with our explanation of runway numbers, this is equally easy to understand.

You are probably already aware that most major airports have more than one runway.

And here’s the thing…

The direction the runway faces will be optimal based on several factors. Factors used to decide on runway direction include: –

As a result of the above, it is often favorable to have two or more runways all pointing in the same direction. These are called parallel runways.

And here is where the letters come in.

Runways letters are used to differentiate between runways that point in the same direction. There are only three to remember: –

So, for example, let’s say two runways are both pointing to a 350° magnetic heading.

The runway number would be…?

“35”? We knew you were paying attention.

Subsequently, and according to the above. The runways should be numbered “35L” and “35R”.

What Happens if There Are More Than 3 Parallel Runways?

Here’s where it gets interesting. There may be more than three runways pointing in the same direction in very big airports.

Well, there is a naming convention for that too!

If there are more than 3 parallel runways, then a simple rule is followed.

The next series of runways will have their final digit changed by 1 to avoid any confusion.

This is the case even though the ‘extra’ runway may point in exactly the same direction. So let’s say there were 4 runways, all pointing to 280°. The runway numbers might be designated something like this: –

It is important to note that, in the case of runway 29, it still points to 280°. The number has been amended to prevent confusion with the other runways.

Are Runway Numbers in Degrees True or Magnetic?

Airport numbers always reference the nearest heading in degrees magnetic, not true. The difference between a true heading and a magnetic heading is caused by local variation, as compasses don’t point to the geographic north pole but instead to a point in northern Canada.

Pilots always reference magnetic heading, and their instruments, such as a heading indicator, will always point in this direction.

Is There a Runway 0?

You shouldn’t find any runway numbered either “0” or “00”. Any runway which points to magnetic north will normally be given the designator “36” (as in 360 degrees). This will also correspond with the headings read out by both ATC and the pilot.

When an airplane is flying north, it is always said to be flying a heading of “three-six-zero”, and never “zero zero zero” degrees. This naming convention of the runway numbers reflects this.

Why Do Runways Change Numbers?

If you are familiar with a given airport, you may notice that occasionally (and by “occasionally” we mean normally in terms of several years), the runway numbers change.

What is the reason for this?

You might be surprised to learn that the magnetic north doesn’t stay constant.

Over many years the huge lump of geomagnetic iron drifts, causing the magnetic north to move ever so slightly.

Remember how we said that runways are rounded up to the nearest 10°? Well, if magnetic north moves significantly enough to mean that the runway heading doesn’t correspond to the nearest 10°, well, it’s time to change the numbers so that it does!

Thankfully this is a relatively rare occurrence, meaning some poor unfortunate person only has to paint over 63 feet tall numbers and letters every decade or so…

How Do I Say Runway Numbers?

Runway numbers are always given as individual numbers combined together. Each number is read separately to ensure that there is no confusion. There are no whole 10’s or 100’s used when ATC or pilots mention runways.

Also, the first zero is commonly truncated in the USA (but in Europe, it is pronounced)

Runway Numbers – Things to Be Aware of When Flying

Runway numbers are actually pretty straightforward most of the time. Once you know how they are named, it is fairly easy to determine where they are pointing.

However, as with all things flying-related, it pays to have a little extra information and give special consideration to one or two points.

Here are some things to consider when thinking about runway numbers: –

ALL runway numbers the world over are given in terms of degrees true. And this is actually pretty useful, especially when flying at fields with multiple runways.

Your compass or heading indicator should closely match the runway numbers when you are lined up on the runway.

If the numbers aren’t within, say, 5 degrees, there’s a good chance that you are lined up on an incorrect runway.

You might think it is unlikely that you will land on the wrong runway.

But, trust us… It does happen.

One common mistake made by pilots is confusing reciprocal runways. And you need to be super vigilant with one runway pairing in particular.

Runway 13… the runway going the other way is runway 31! Can you see how it would be easy to mix up the two? Runway 02 and 20 is another that can be a little confusing.

Another area where pilots land on the wrong runway is when the numbers are quite similar. Runway 10 and 01 are actually at 090° to each other, yet their names sound remarkably similar!

Any time confusion is likely, pay extra attention to the runway numbers to ensure you are where you are supposed to be!

Don’t want to reference a chart? Check this out…

Quite simply put, the reciprocal of any runway number varies by 180° as it is the opposite facing runway. But you’ll remember that we always remove the third and final digit when discussing runway numbers, so 180° becomes 18.

So, we can say that a reciprocal runway number is always 18 different from its opposing number.

Using a little clever math, we can come up with a ‘hack’ to easily work out runway numbers and their reciprocals.

Here’s a step-by-step guide and a working example.

If you can add and subtract 2 from any number, you are covered: –

Want to see it in action? Let’s work out the reciprocal runway number for runway “04.”

Runway “04” starts with a zero, so, according to the above steps, we will add two to the first number.

Because we added 2 to the first number, we are going to subtract 2 from the second runway number

The first number of the reciprocal to runway 04 is 2. The second number is 2. Together that makes “22”, and as you’ll see from our table above, the reciprocal of runway number 04 is runway 22!

Being a good pilot is all about staying up to date. This also includes ensuring that the charts you fly with are recent.

Why is this so important?

Remember how we discussed that runway numbers change from time to time?

If you are flying with out-of-date charts, then you may find that the numbers on the chart don’t actually correspond to the runway numbers in the real world! At airports with many runways, this could lead to a great deal of confusion!

Variation, the difference between the magnetic and true heading, is not a constant the world over. In some areas, it is practically zero. In other areas, it can be significant.

Here’s why this is important.

You might think that you are landing into a headwind (preferable) when you might be facing a significant crosswind!

Want to know about crosswinds? Here’s an easy way to make a quick crosswind calculation.

Runway numbers actually relate to the direction, in degrees magnetic, that the runway is pointing. They are further deconflicted with letters if there are parallel runways. To work out where they point, just add a zero to the end of the numbers.

Here at Pilot Institute, we love to remove the mystery from flying with clear and simple instructions to help you succeed in your flight training. Want more examples? You might want to check out this free course. 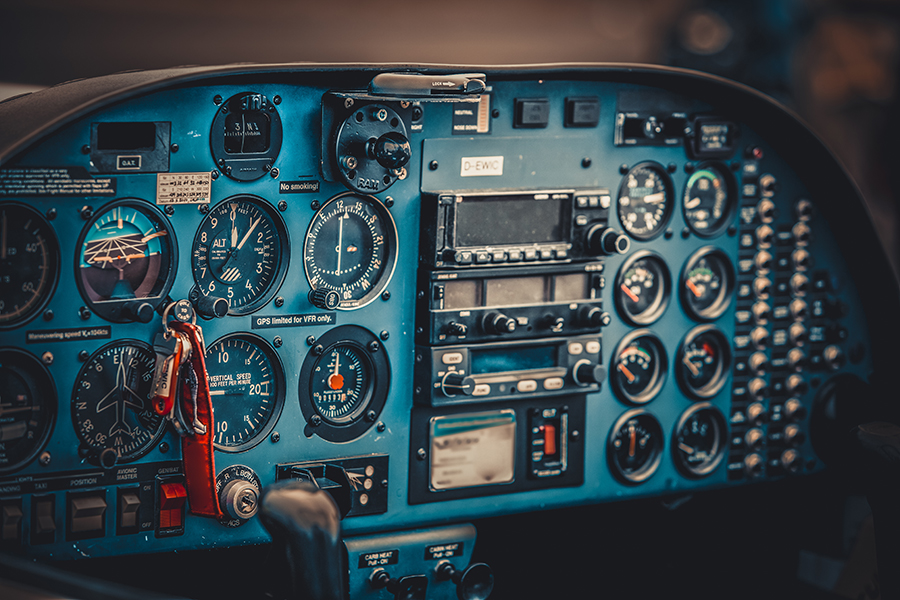 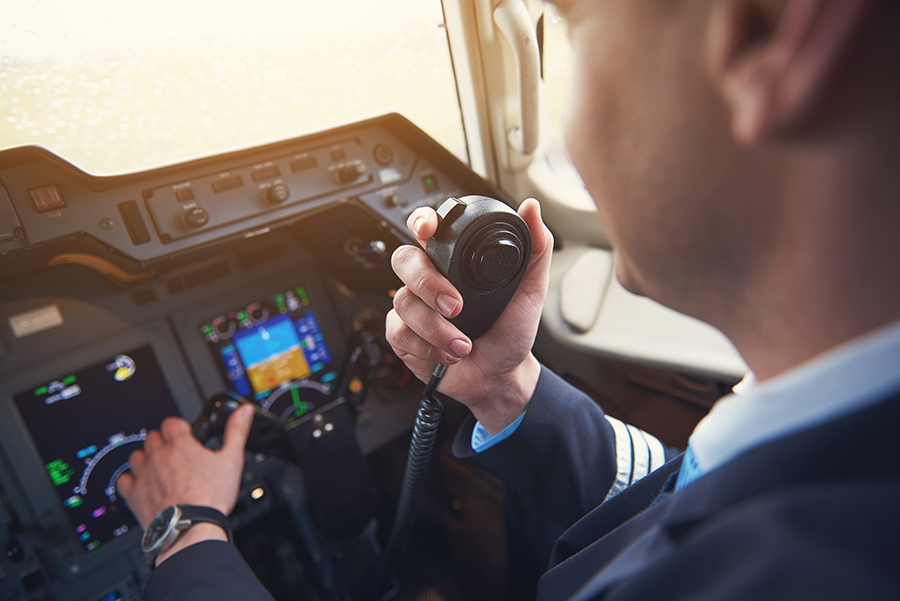 How to Use the ICAO Aviation Alphabet 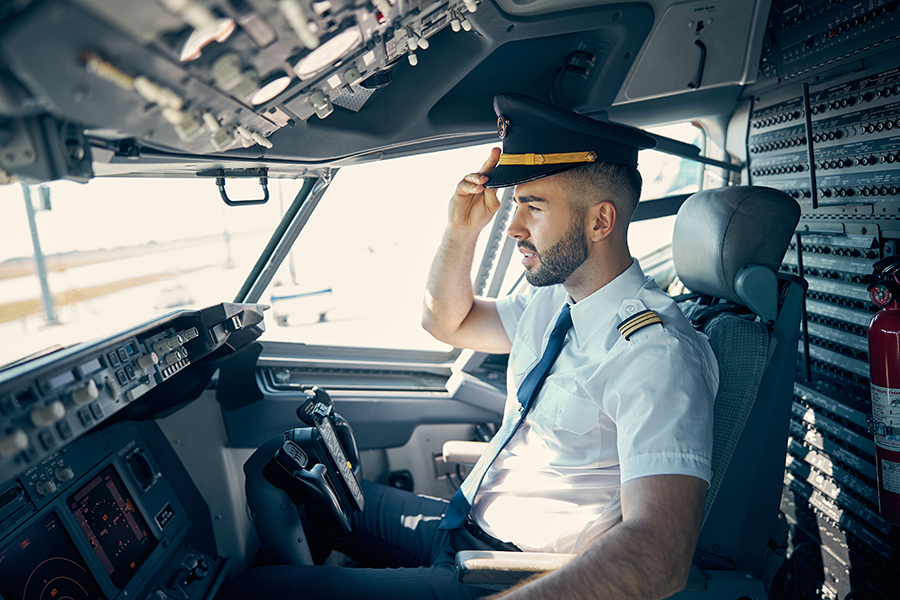 The Best Seat Cushions for Pilots – Tried and Tested