What Does Part 107 Consider ‘Sparsely Populated’?

Just as with most other laws, the Part 107 rules contain quite a lot of language that needs to be further clarified. In some cases, however, no such technical definition exists. This applies to the term ‘sparsely populated’ – something that is mentioned in one of the more important provisions under Part 107?

What exactly does the FAA mean by sparsely populated? In what circumstances will this knowledge come in handy to a drone pilot?

In what provision is ‘sparsely populated’ mentioned?

“No person may operate a small unmanned from a moving land or water-borne vehicle unless the small unmanned aircraft is flown over a sparsely populated area and is not transporting another person’s property for compensation or hire.”

This outlines two possible exemptions for operating a drone from a moving vehicle. The first is that the drone should not be used to transport another person’s property. The second is that the drone must fly only over sparsely populated areas.

Before jumping into attempts to define what a sparsely populated area is, let’s take a look at the value of such an exemption. Being able to operate a drone from a moving vehicle is effectively a method to expand the limits of where your drone can fly while still maintaining visual line-of-sight. This can be valuable for drone operations that take place over large areas, such as aerial mapping or doing a multispectral survey of farmland.

Does the FAA define what is ‘sparsely populated’?

Although a technical definition of what the FAA considers as ‘sparsely populated’ would have been a great addition to this provision, the FAA has made no such declaration. According to the FAA, determining whether an area is sparsely populated is “typically fact-dependent”. What this likely means is that they will take a case-to-case approach when assessing circumstances that involve the operations of drones from moving vehicles.

The FAA has also avoided stating a definition for the term until they gain enough experience or data about low-altitude drone operations.

What these ambiguous statements imply is that the FAA has not come up with a clear-cut definition yet of the ‘sparsely populated’ term but probably intends to do so in the future. This isn’t exceptionally surprising, given how little information we still have on the hazards of low-altitude flight. As drone technology and our understanding of drones improve, we should expect clearer drone regulations in the coming years.

Alternative definitions or indicators you can use

With this lack of clear definition, how is a drone pilot supposed to determine if an area is sparsely populated? To this end, the FAA expects drone pilots to exercise good judgment. Again, this is a very ambiguous and subjective matter and one that can only be addressed in the context of your activity and the type of drone you are using. 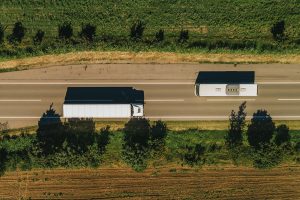 To more easily define what the FAA means, it is sensible to frame the rule in terms of its ultimate objective – safety. Since the rule is more concerned about the people on the ground, we can infer that it was formulated to avoid drone-related accidents that can cause personal injuries. This type of hazard becomes more magnified when a drone is operated from a moving vehicle because of how the focus of the drone pilots becomes diminished.

When you’re operating a drone from a moving vehicle, you should do so over an area that allows you to:

In most cases, ensuring such conditions will require careful planning of the drone operations and establishing a pre-determined flight path for the drone to follow.

If you must have a definite number to use as a reference, most benchmarks (as defined by Mickalich v. United States, 2007) would quantify ‘sparsely populated’ as having only 20 people in every 10 acres. To make that easier to visualize, we can scale the ratio down to 2 people in an area that is roughly the size of a football field.

Take note that this is still NOT a legal definition and certainly is not one that is endorsed by the FAA. Should an issue come up involving the operation of a drone from a moving vehicle, the FAA will look at scenarios on a case-to-case basis. The best course of action would be to practice good judgment as a drone pilot and keep safety on top of mind when planning such operations.

As mentioned, operating a drone from a moving vehicle is the best way to extend the range of visual line-of-sight. This makes such a mechanism valuable in a number of commercial applications.

Fortunately, the FAA grants waivers for Section 107.25. We’ve already seen examples of these waivers used in inspection surveys for power lines and utility pipelines – jobs that easily cover dozens of miles. If you need tips on filing a Section 107.25 waiver, we have written a sample waiver in one of our past articles. 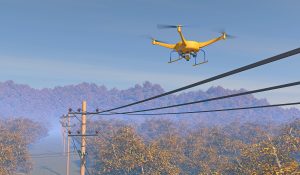 Take note that you will not need a waiver if you can provide sufficient proof that the area you’re operating on is sparsely populated. However, you will still need to have preventive measures to make sure that this condition does not change. After all, people and other vehicles can easily wander into your operations area if left unchecked.

You will also need to consider the hazards that can be brought about by distraction. This applies to both the operator of the drone and that of the moving vehicle. A flight crew needs to be established to support the functions of these team members and make sure that they can focus on the task at hand.

The condition for an area to be ‘sparsely populated’ has not been clearly defined by the FAA, despite the agency requiring it for drone operations from a moving vehicle. Instead, drone pilots are expected to exercise good judgment when assessing the safety of an area before commencing operations. Although this is not ideal, it’s not such a tall order, either.

When looking at how appropriate an area is for drone flight, one must always look at it from the perspective of safety. As long as you can fly your drone without posing an undue hazard to people on the ground, then you should not have a problem complying with the ‘sparsely populated’ requirement. 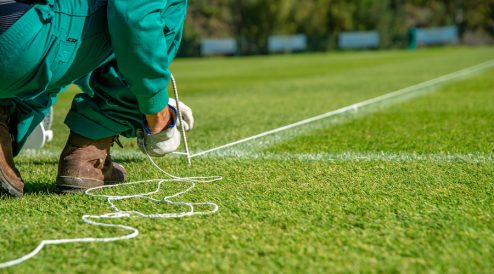 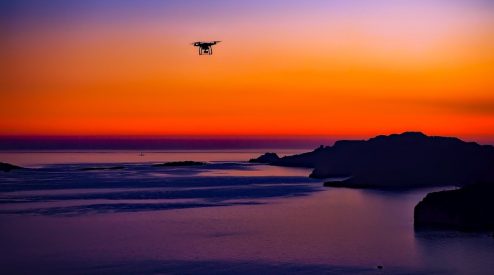