A drone crash is pretty much a nightmare for any drone pilot. The potential consequences of one are two-fold – not only can it result in damage to the drone, but it can also damage or hurt property or people on the ground. For this reason, the restriction against flying drones over crowds is one of the most important for the FAA.

How do drone parachutes work?

As its name implies, a drone parachute is designed to reduce the terminal velocity of a drone should it crash – much like any other parachute. Virtually all of the commercially available drones do not come with a built-in parachute. Instead, it is often a third-party accessory manufactured by specialty companies which need to be installed on a drone professionally.

Within the industry, drone parachute systems are alternatively called “drone recovery systems.” This suggests their second primary purpose – to allow for the safe recovery of a drone even if it crashes.

The main difference between a drone parachute and the type of parachute worn by skydivers is that the drone parachute needs a provision for automatic deployment. This is because it would be excessively cumbersome and expensive to design a wireless communication capability for a drone parachute to be deployed by the remote pilot-in-command (RPIC). Instead, most drone parachutes are outfitted with sensors that are designed to detect flight anomalies.

In late 2019, ASTM International Standards for sUAS parachutes were published, creating a framework for how they should be designed. Although the federal government does not have the authority to enforce the ASTM International Standards, any corporation or institution requiring the use of drones may cite the standards as requirements for the services they need. As such, there are still significant differences in the features of drone parachutes sold today.

Although manual deployment is rare, there are still a few drone parachutes that offer this feature. This requires the use of a separate remote controller that is functioning at a frequency different from the one being used by the drone. Manual deployment is typically slower than automatic deployment but can be activated should the automatic system fail.

The parachute used for drones isn’t any different than the usual parachutes used in airplanes or by skydivers. The fabric used for drone parachutes is typically ripstop nylon, the preferred choice because it is both strong and lightweight.

The size of the parachute will vary from one drone to another, as it needs to take into consideration the drone’s size and weight. For this reason, most drone parachute manufacturers have differentiated their product line with parachute systems designed for specific drones.

For this reason, a drone parachute system needs to have the means to communicate with the drone’s motors or electronic speed controller (ESC). This step typically has to be done by a professional.

Aside from those listed above, other features found in drone parachutes are less common. A drone parachute may emit an audible alarm once they have been deployed. This is meant to catch the attention of people on the ground. After all, a drone dropping on a person’s head will still hurt, even if it drops with a parachute.

In some instances, a drone parachute system may also have a black box. Similar to the black box of an aircraft, it functions by recording flight data which can be used to investigate an accident. Data such as the time and altitude at which the parachute deployed may help pilots pinpoint why a drone failure happened and ensure that it does not happen again.

The basic working concepts of a drone parachute may seem simple, but it requires the precise coordination of several different parts. From the sensors to the hydraulic release system and the motor feedback, the key moment for a drone parachute to act can be as short as a fraction of a second.

When are drone parachutes necessary?

The restriction against drone flight over crowds and other people who aren’t participating in the activity is one that applies to both commercial and recreational drone pilots. This rule was put in place primarily in the interest of public safety – after all, it’s easy to imagine how many injuries or damage a drone can make should it crash into a person or a moving car.

While the rationale behind the restriction is easy to understand, it also cannot be denied that it prevents a lot of opportunities for professional drone pilots. They cannot shoot videos of massive crowd-drawing events, have to steer clear of guests at a wedding party and cannot even record news footage when there are lots of people on the ground.

Recognizing this limitation, the FAA has included the rule against drone flight over people in their list of restrictions that can be waived. However, this waiver process is considered long and tedious. The granting of the waiver is ultimately up to the discretion of the FAA. Historically, drone flight over people has been one of the hardest to request for – that is, until 2018.

In September 2018, the first waiver for operations over people was granted to Botlink, a drone operator from North Dakota who wanted to use drones to augment law enforcement efforts. As part of this landmark application, Botlink proposed the use of the drone parachute system by ParaZero specifically designed for the DJI Phantom 4 drone. Through the test data provided by ParaZero, they were able to prove that the drone parachute system can slow the descent of a crashing drone to rate that minimizes its potential for damage or injury.

Since 2018, the FAA has granted more than 100 additional waivers that allowed limited drone operations over people. In all these granted applications, one thing remained – the use of a reliable drone parachute system. If you’re a professional drone pilot who is looking to do a project that will require drone flight over people, then a drone parachute system is something you should seriously consider.

What are the best drone parachutes available today?

Drone parachute systems are still considered niche accessories, even in a field as specialized as professional drone flight. They aren’t cheap, so the price tag can really only be justified if it can be offset by an activity that generates profit. As we have outlined above, there are also very specific conditions that will require the use of a drone parachute.

Because of a limited market, the list of manufacturers that offer drone parachutes is very short. If this is something you’re interested in, there here are the most reputable brands to choose from.

ParaZero is pretty much the brand that is top of mind whenever drone parachutes are being discussed. They were one of the first few to offer this product in the commercial market and continue to be quoted in a huge majority of Part 107.39 waiver applications.

With their sustained success, ParaZero has developed a wide range of products over the years. Right now, they have specially made drone parachute systems for the flagship DJI drone lines – the Mavic, Phantom, M200, and M600. Should your drone not be in the list of their ready-made products, they will be glad to hear from you so they can make a tailor-made offer.

MARS Parachutes is another big name in the field, standing out because of their two options for parachute deployment – the automatic Mayday and the manual NOVA. The manual option is quite an unusual offering as far as drone parachutes go and are perfect for those who want total control. You can also combine the two deployment systems in a single parachute for the ultimate redundancy.

MARS Parachutes offers parachute systems for many of the common DJI drones but is also willing to accept custom installation jobs for other drone models. One of the best things about MARS parachutes is that they were designed to be repacked after deployment. This means that you’re free to test out your drone’s parachute systems without having to worry about damaging a one-time-use product.

One thing we can say about the parachutes of Fruity Chutes is that they look very traditional. Compared to the sleek housing of the other parachute brands, Fruity Chutes goes for a look that is simple and utilitarian. This does not take away from their effectivity – Fruity Chutes has been offering parachutes for all manners of unmanned aircraft since 2007.

As a testament to how long they have been in business, Fruity Chutes offers a huge assortment of over 200 parachutes. Only a small number of these would interest drone pilots, but the sheer number of models speaks well to their level of experience.

Depending on the drone, Fruity Chutes may recommend the use of either a spring-loaded or hydraulic deployment system. They have ready-made parachute systems for most of the DJI drones but also accept more customized jobs.

In January 2019, the FAA published a Notice of Proposed Rulemaking (NPRM) that outlines proposed guidelines for the possible allowance of drone flight over people without a waiver. This is certainly huge for the professional drone service industry, as they no longer need to be weighed down by red tape whenever they take on jobs that require drone flight over people.

However, certain conditions were also established by the NPRM. The most significant was a proposed classification system that separated drones into any of the three categories based on the hazard they could present to people on the ground should they crash. There has been a lot of argument over whether the thresholds set by the FAA accommodate most of the drones used today, and whether the proposed rules can actually make much of an impact on the professional drone industry.

It’s also quite surprising that the NPRM makes no mention of the incentives of mitigating the damage caused by drone crashes through the use of parachutes. The absence is glaring, considering how the FAA relied on these parachute systems in the Part 107.39 waivers they were issuing.

Since the closing of the comment period for the NPRM, the FAA has not announced any updates on the development of the new rule. We may yet see drone parachutes take on an even more central role. If you’re envisioning flying your drone over people in the future, then this is news you might want to keep your eyes on.

A sensible drone pilot should always consider the possibility of a drone crash, no matter how skilled they are. The FAA also knows this and wisely restricts drones from flying over areas where they could cause potentially serious damage or injury. Unfortunately, this has also hindered the growth of the professional drone industry.

For the past few years, drone parachutes have proved to bridge this gap. By their automatic deployment systems and the ability to slow down the descent of a drone, a parachute can significantly reduce the damage that a drone crash can cause. Based on the number of waivers granted since 2018, the FAA also believes in the capabilities of drone parachute systems.

With the FAA looking to relax the restrictions on drone flight systems, we may see them become even more common in the future. Until the FAA provides us with an update from their NPRM, we will never know for 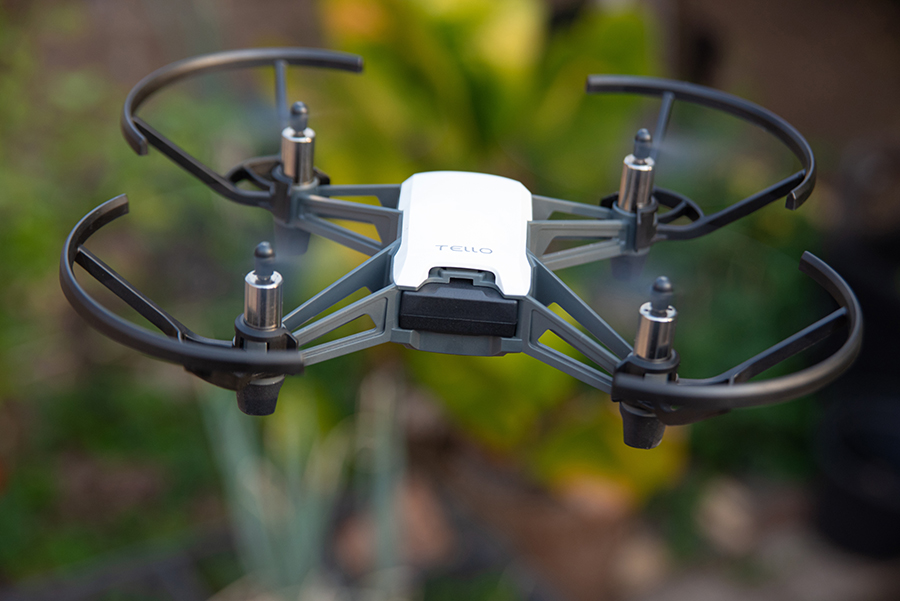 The Many Ways that the Drone Landscape Has Changed in 2022 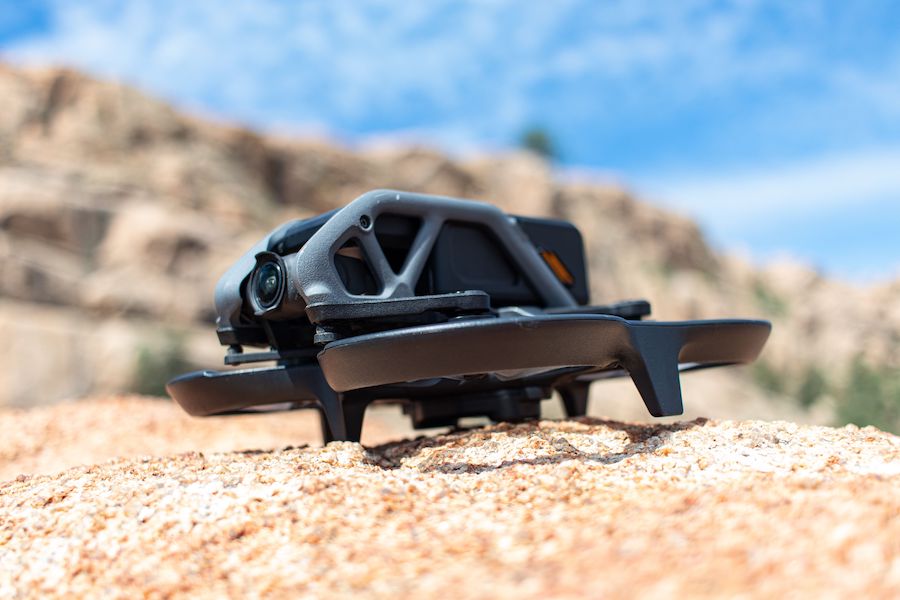 DJI Avata Review: Should you still build your own FPV cinewhoop? 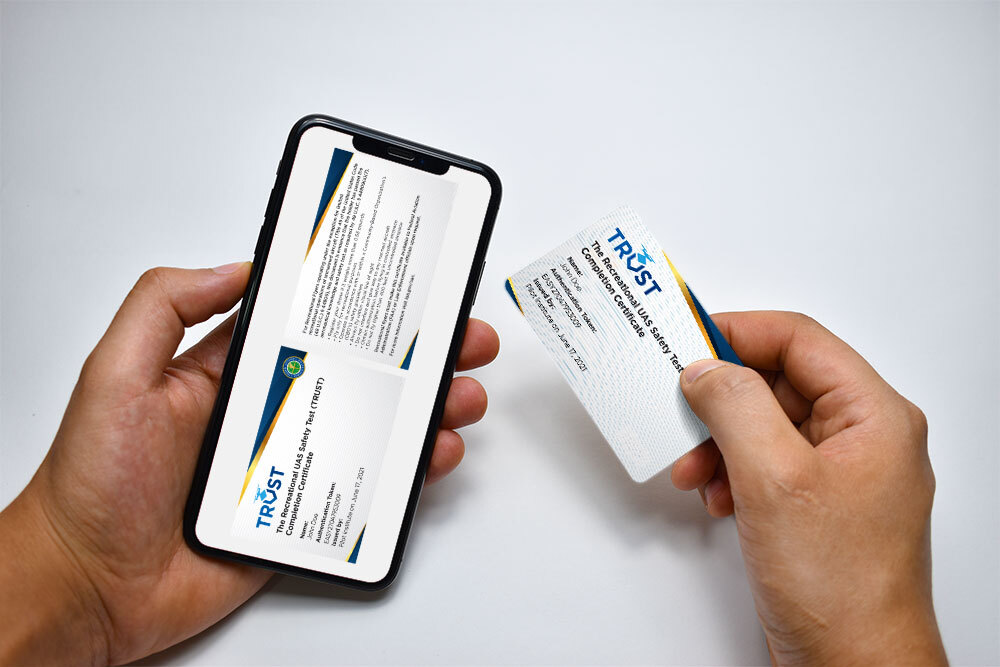