When flying a drone, you quickly learn to keep an eye out for potential hazards. This is easier when hazards are visible such as trees, buildings, or even a flock of birds. However, some hazards may not be as easy to spot.

What is electromagnetic interference and why should you be concerned?

The magnitude of EMI varies according to the magnitude of the current powering the electrical device. Mobile devices that use Wi-Fi are less problematic than powerlines or massive steel structures. In cities or other urban areas, EMI becomes a bigger concern simply because of the density of sources of EMI.

The effects of EMI on drone operations are unpredictable. It can mess up your drone’s navigation systems by shifting the drone’s compass out of alignment. When flying near very large structures, EMI can severely degrade the quality of GPS reception of your drone. It can also disrupt the communication between the drone and your controller.

There have already been several cases of drones either crashing or flying away because of heavy EMI in urban areas. In October 2018, a Swiss tourist was put into custody after crashing a drone into the window of a building in Manhattan. A similar incident happened in Chicago, although the drone pilot was not identified in that particular case.

More than the buildings, EMI remains the most significant hazard when flying a drone within highly urban areas. Keeping your operations safe will require doing a few pre-flight setups and adopting some new flight protocols.

Tips on flying your drone in urban areas

Flying a drone is perfectly legal in most cities as long as you don’t violate other rules such as flying a drone over crowds or above 400 feet AGL. However, it means accepting a certain level of risk. This is a bit more acceptable if you’re flying a drone because of a commercial job. If you’re flying just for fun, then there are lots of other places that are safer.

If you really must fly in an urban area, here are a few tips to keep in mind:

Learn to fly in ATTI mode

Before you even set out on an urban drone flight, the first order of business should be to learn to fly in ATTI mode. Short for “Attitude Mode”, ATTI mode is the flight mode that drones revert to when they lose GPS reception.

If you have never flown in ATTI mode before, you would not want your first time to be near buildings and over people. Without the benefit of GPS stabilization, flying a drone becomes an entirely new experience. In ATTI mode, the drone will be constantly drifting away with the wind and will not hover in place whenever you let go of the controller’s analog sticks. Some have called flying in ATTI mode as flying “full manual”.

Not many drones available today come with the feature to toggle ATTI mode at will. This can make practicing in ATTI mode a bit complicated. The safest option would be to look for an older drone model, such as a DJI Phantom drone. There is also a way to simulate ATTI mode by covering a drone’s GPS receiver with some aluminum foil, but this is not recommended because of safety issues.

Knowing how to fly in ATTI mode may be the one thing that can get you out of a difficult situation while flying your drone. This is particularly important if you’re flying in areas with heavy EMI.

Get drone and liability insurance

If you’re flying for a commercial job, then you should really have insurance. The importance of insurance with coverage for liability and the drone itself becomes even more emphasized when flying in urban areas.

Liability insurance will save you from financial obligations should your drone unerringly crash into a building or on someone else’s car. Plans for drone pilots typically cover liability coverage of at least $1 million. You can go for higher coverage if you can afford higher premiums.

Drone or drone hull insurance will cover the expenses of replacing or repairing your drone should it get damaged. This should be a lot less expensive than liability insurance but will remain largely on the value of the drone model you are using.

Insurance premiums can get costly but is a worthwhile investment for any professional drone pilot. Getting insurance is still a good option if you’re just flying for fun, albeit it becomes less of an investment and more of an added expense.

Calibrate your compass away from EMI sources

Compass calibration plays a huge role in navigation. The ideal scenario is that your drone’s compass is calibrated according to the Earth’s magnetic field and free from the influence of external fields. This means doing compass calibration away from any potential sources of EMI.

As part of the prep work for your drone operations, make sure to do compass calibration away from an urban area. Be wary of powerlines, steel girders, or rebar embedded in concrete. An open field with no or minimal man-made structure works best. Make sure to also keep your mobile devices away while doing the calibration.

Set your RTH altitude to above MOCA

While it’s still best to fly your drone home manually in urban areas, activating your drone’s Return to Home (RTH) feature is still an option if your drone’s battery runs critically low. With this in mind, you need to set the proper RTH parameters before take-off.

The most pertinent setting in this situation is the RTH Altitude. This is the altitude that the drone will fly on should the RTH function kick in.

For proper reference, the RTH Altitude should be set just above the MOCA for the area you are flying in. The Minimum Obstacle Clearance Altitude (MOCA) indicates the altitude at which aircraft should fly to avoid the tallest structure in the area. This should include not just the buildings but also any cranes being used for currently ongoing construction jobs.

Set the drone to hover in case of signal loss

Signal loss is something you should anticipate when flying in urban areas. The question here is – what should you set your drone to do in case of signal loss? Most drones would offer three options. You can either set the drone to hover in place, land at the exact spot, or fly home automatically via the RTH feature.

In most cases, the RTH option is ideal to keep your drone safe. However, the RTH function relies heavily on the quality of GPS reception. This can be quite problematic in urban areas, especially if your drone is flying near tall structures. Your drone may end up flying in a completely different direction because of an erroneous GPS location.

To prevent this from happening, it is better to set your drone to hover in case it detects a signal loss. This will give you a chance to re-establish the connection with the drone either by just giving it a few moments to reconnect or by physically moving towards the location of the drone.

Drones typically have a function that can detect critical battery levels. This works by estimating the time it would take the drone to fly back to its home position and triggering RTH if necessary.

The limitation of this feature is that it assumes that the drone will fly back to the home position in a straight line. This may not always be the case when flying in an urban area. There is also a possibility that the drone’s GPS position is offset because of poor signal reception, rendering the estimate all but useless.

If you have the option of installing propeller guards on your drone, then do so. This is a last-ditch effort that can minimize the collateral damage that can be caused by a drone crash.

If a signal loss is a serious concern, the simplest safety measure is to simply keep your drone close. As long as you can maintain an unobstructed corridor between your controller and drone, a signal loss should be unlikely. If the density of EMI sources is exceptionally high, we recommend maintaining a maximum distance of about 800 feet.

Flying in urban areas poses an exceptional level of risk, but drone jobs that require urban flight are also quite common. To put it simply, someone has to do the job. If there’s a single most critical skill that you should learn, it’s the ability to fly in ATTI mode or without the help of GPS stabilization. When things go sideways, this might be the only thing that can save your drone.

Using drones for photography of city skylines and inspection of buildings is easy to take for granted. What we seem to gloss over is the fact that flying drones in highly urban settings can be incredibly difficult, especially if there is a huge density of EMI sources in the area.

It takes substantial practice, experience, and preparation to fly a drone safely in an urban environment. Loss of signal and GPS reception should be anticipated and integrated into operations planning. There is an inherently higher level of hazard when flying drones in this setting. 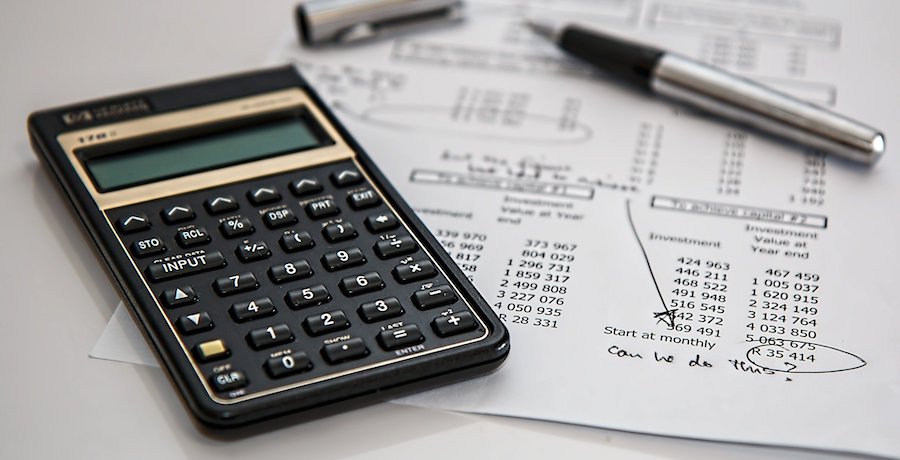 What Is Drone Insurance and Should You Get It?

What is the E6B Flight Computer?