There are few matters in the drone community as controversial as geofencing. While there has been a major support for geofencing by regulatory agencies and drone manufacturers, vocal drone pilots have also been expressing their distaste for the feature. Geofencing has also been a distinguishing factor for different drone models – one that has factored heavily into consumers’ buying decisions.

What is geofencing and why is it such a polarizing feature? What are the points being made by both sides of the argument? Can we expect geofencing to be a standard feature in more drones moving forward?

What is geofencing and how does it work?

Geofencing is a feature that uses a drone’s GPS receivers to automatically enforce warnings or restrictions based on where the drone is flying. The system is typically integrated with a digital airspace chart that specifies no-fly zones and areas where there are active drone restrictions.

Geofencing in drones has been around in a significant capacity since the early 2010s. Leading drone brand DJI has been at the forefront of pushing for the adoption of this feature, in collaboration with location data partners Airmap and Precision Hawk.

Users will then need to secure authorization to unlock the restrictions of a built-in geofencing feature. This could involve providing info about the drone’s serial number as well as the identity of the drone pilot. Once approved, the drone can then operate within the area subject to certain altitude or geographical limitations.

Although the feature seems great on paper, it does complicate a lot of things that drone pilots have come to take for granted. Geofencing can also have cascading effects on several professional uses of drone pilots, including life-saving operations such as emergency response. It is hardly surprising that the debate on whether geofencing is a good thing or a bad thing continues in several forms up to this day.

The arguments FOR geofencing

The benefits of geofencing are obvious, perhaps even unquestionable. Even critics of geofencing will agree that there is an inherent good side to having this feature.

The ultimate goal of geofencing is to prevent drone pilots with malicious intent from endangering national airspace. We have certainly seen cases of these time and again – drone pilots flying too close to manned aircraft or even flying into the runways of major airports.

By having a built-in geofencing feature, it no longer becomes a question of whether a drone can fly into an airport freely. This will make the enforcement of strict no-fly zones and restricted areas a lot easier.

For a drone pilot to lift the restrictions of geofencing, they must provide details both about themselves and the drone they are flying. This makes their drones more traceable, just in case they do something unsafe or illegal.

All too often, drones that fly into places they are not supposed to are not traced to the pilots operating them. This is the limitation of the drone technology we have so far, especially when it comes to accountability and traceability. 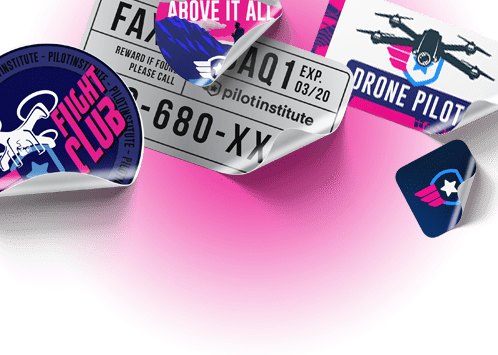 Registration is the first line of defense against the malicious use of drones. When a drone is registered, it can be traced back to an actual, verified human being. This makes it very unlikely for a registered drone to be used for something illegal.

Geofencing adds another barrier that will hamper the operations of unregistered drones. Yes, it’s still possible for unregistered drones to fly in areas without any restrictions. However, geofencing will effectively ground these drones in controlled or restricted areas and in other no-fly zones.

In summary, geofencing adds another layer of safety and security in drone operations by requiring traceability. The idea is the drone pilots need to go through an identification process before they can fly in areas where airspace safety is more critical.

The arguments AGAINST geofencing

Despite the apparent benefits, a lot of users haven’t quite warmed up geofencing. In fact, some drone brands have been marketing their products as NOT having any geofencing features. This emphasizes how the drone community seems to be on polar opposites when it comes to this issue.

A lot of agencies worldwide have started to use drones in emergency services. The benefits in this field are easy to see – drones are easy to deploy, can cover huge distances quickly, and can provide live footage of its onboard camera. There have already been lots of documented cases of drones proving instrumental in search and rescue, law enforcement, and fire fighting.

In these situations, time is essential. Several minutes spent fuddling with the geofencing system of your drone and waiting for approval could be the difference between life and death. It can be argued that these agencies have already secured the necessary approval to operate in restricted areas, either from the federal or local government levels.

Requires that all drone operations be planned

Having a geofencing feature on your drone virtually eliminates the element of spontaneity of drone flight. It might not be as easy to pack your drone, go for a drive, and just fly your drone for fun – lest you find yourself in a restricted area.

Drone pilots have always been quite sensitive about the issue of autonomy. They often say that there should be no reason for their operations to be restricted as long as they do it responsibly. Having a blanket restriction for the regulation of drone flight makes the hobby just a bit less enjoyable.

A huge issue about geofencing is that it effectively grounds drones within restricted areas. This means that your drone won’t fly even just one foot off the ground. This can be very problematic if you happen to live in a spot that is covered by a no-fly zone.

Geofencing can make it very hard for drone pilots to simply fly their drones for testing. Even flying indoors might not be an option, as your drone might be prevented from flying without getting a GPS fix. In this regard, there has to be a way for geofencing to be fine-tuned. After all, there’s no way for a drone to do a lot of damage if it’s flying less than ten feet.

Malicious drone pilots can simply choose not to comply

As with many other restrictive rules, geofencing is only effective as long as people agree to comply. Even if all drones that are sold commercially get outfitted with geofencing, it’s still perfectly possible for someone to DIY a drone with no such restrictions.

Many drone pilots believe that having geofencing on their drones is a step too far when it comes to restricting operations. So far, it has been enough to convince some people to no longer buy drones from DJI.

Which drones come with geofencing features?

Whichever side of the argument you’re on, we believe in the importance of making informed buying decisions. Some drones have geofencing and some don’t. It’s entirely your choice to buy a drone because of, or despite, having geofencing.

In terms of major brands, DJI is the biggest name to put its full support behind geofencing. Their GEO (Geospatial Environment Technology) feature is now on its 2nd version and has been rolled out on all their drones via a firmware upgrade. It uses DJI’s very own Flysafe Geo Zone map as a reference for the locations and boundaries of no-fly zones.

Brands like Yuneec and Parrot have dabbled into incorporating geofencing into some of their models. However, they implement this feature in a much less strict manner. Geofencing can be simply deactivated using the companion apps of these drones, making this a non-issue.

Autel has recently been making waves in the drone market, especially with their line of “Mavic killers”. One point that Autel has been stressing repeatedly in their marketing campaigns is that their drones do not come with any geofencing. This means that they recognize that there’s a significant portion of potential buyers out there who vehemently oppose this technology.

One thing worth noting is that geofencing is a purely software-driven feature. As long as the drone has a GPS receiver, then it can carry some geofencing capability. This means that geofencing can be removed or added to any drone via firmware updates. A drone with no geofencing now can have one in the future – this issue can yet be swayed by changing market behaviour or the heavy hand of the federal government.

Geofencing is the kind of topic that every single drone pilot probably has an opinion about. A lot of people vehemently opposite, while some accept it as a necessary, albeit inconvenient, measure.

Right now, this issue has already caused battle lines to be drawn, at least in terms of which drones to buy. DJI has been quite consistent in their support of geofencing, even up to their latest model – the DJI FPV drone. On the opposite end of the spectrum is Autel, who proudly proclaim that their drones do not have geofencing. Which side are you on? 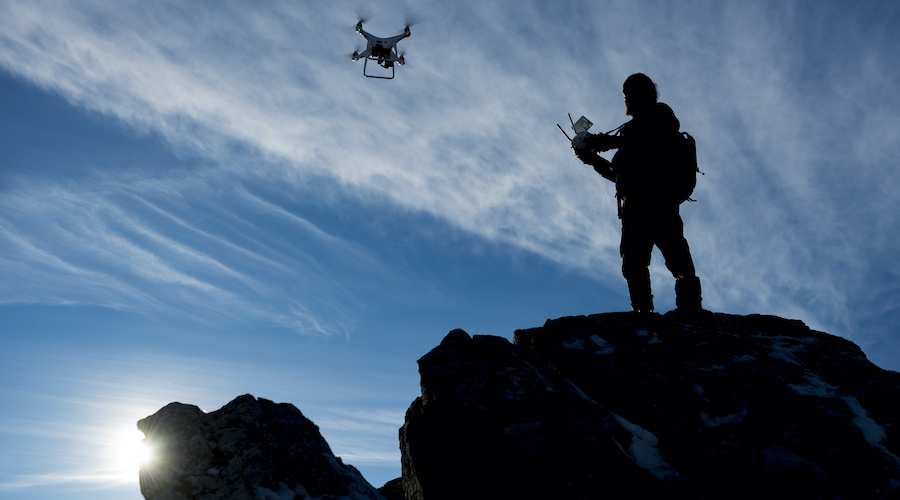 How to Get a Drone License: 4 Easy Steps to Getting a Part 107 Certificate