The drone industry is a train that continues to build momentum and shows no signs of slowing down. With hundreds of thousands of professional drone pilots in the US, the industry is now as thriving as ever and grows steadily in terms of both diversity and volume.  The growth of the job market has made a career as a professional drone pilot a fairly attractive prospect for many people.

If you’re interested in making this jump, there’s one question you need to ask first: what jobs are available for professional drone pilots? Here’s a quick rundown of the most popular drone jobs.

Let’s lump all aerial photography and filmmaking jobs under one item, just because describing all types of jobs under this category would be long enough to make a separate list. Being one of the most enticing fields for drone pilots, drone photography and filmmaking has the biggest market and also the largest number of pilots who offer the service.

There are probably more than a dozen ways for drone photography to be profitable. You can take photos and sell them online, provide event coverage, offer your services to print advertisers, or take aerial photos for real estate agents. It’s an easy field to get into, mostly because there are already a lot of photographers with professional-level skills.

Drone filmmaking is a similarly lucrative field that’s perfect for those who already have filmmaking experience. Aerial videos captured by drones has pretty much become a standard element of modern film. If you could hook up with a film producer, then you have a chance to earn hundreds to thousands of dollars capturing a few minutes’ worth of aerial footage. 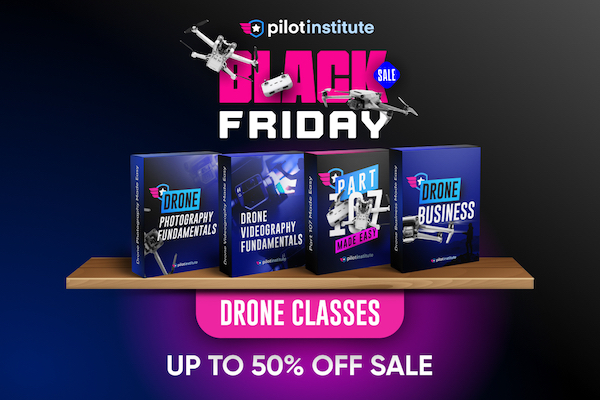 If you can capture aerial photos of news-worthy events, then there’s also the chance that it can catch the eyes of a news agency or a documentary producer. Even private companies typically employ the services of a drone filmmaker to shoot corporate videos. There are also the usual advertising companies and private events that are looking for aerial video coverage.

The market for drone filmmaking may not be as large, but drone filmmakers can typically charge higher rates than drone photographers.

Precision agriculture is a niche application of drone technology, which is precisely the reason why you should consider it. It’s quite advanced just because it requires a third-party accessory – a multispectral sensor. This is a sensor that can detect energies at different frequency bands, particularly in the near-infrared region.

The principle behind the use of multispectral sensors is that the data they collect can be used as indicators for crop health. More specifically, the presence of chlorophyll pigment in crops affects how much near-infrared energy they absorb and reflect.

By flying a drone equipped with a multispectral sensor over a farm and capturing geospatial data, a map of multispectral data can be generated. This map can then be used for crop health management. By identifying areas of the farm with less than ideal health levels, farm owners can more efficiently allocate resources like irrigation, fertilizers, or pesticides.

Precision agriculture using drones is a relatively recent development in the agricultural industry, so finding a client may prove to be difficult. It also requires specialized equipment and special software to process the data. However, getting into precision agriculture is a good way to stay ahead of the curve as far as professional drone services go.

Creating 3D maps and models using drones is a job with wide applications. Any industry that requires heavy construction such as mining, urban planning, and civil engineering can benefit from a 3D terrain model. A good, detailed model can help these companies plan how much excavation needs to be done, the slope and length of roads that need to be done, or the mitigating measures for identified geological hazards.

There are two major techniques for creating 3D models using drones. The simpler and more commonly practiced one is called photogrammetry, which is basically a method for generating 3D models using a series of overlapping aerial images. Its strength lies in its simplicity – all you need to have is a drone with a good camera and a special photogrammetry software platform. If you can get software that can also help you plan the scope of your survey and make a flight path for your drone, then you can make your life so much easier.

The one drawback of photogrammetry is that the accuracy and resolution of its generated models are often limited to a 1 to 2-meter range. If you need something more accurate, then you’ll have to use a Light Detection and Ranging (LiDAR) sensor. This type of sensor is much more expensive but can come up with models that have accuracy levels several orders of magnitude compared to those from photogrammetry.

In any case, taking a job as a drone 3D modeler or mapper is easily one of the most lucrative you can get as a professional drone pilot. The fact that there are so few pilots that can offer this service means that you can charge premium rates.

Power lines get damaged over time and require regular maintenance so they can remain in working condition. The challenge lies in having to inspect miles’ worth of power lines just to look for damaged sections, which can be very short. Having to do this manually takes a long time, not to mention the hazard that power line inspection teams get exposed to if they have to work at heights.

Drones take this hazard away and can even do the job faster. Since power lines typically run through narrow corridors, drones can easily fly along them and cover several miles on just a single battery cycle. There’s also the matter of having to identify damaged sections – a problem solved by a special device called a thermal camera.

Thermal imaging relies on the infrared energy radiated by all objects. This infrared energy is stronger when objects emit heat. With this principle, the heat buildup due to disrupted current flow in damaged power lines can be easily identified.

By flying a drone equipped with a thermal camera to inspect power lines for damage, the work that would normally take a few weeks can be done in several hours. It’s also safer and logistically simpler – all you’ll need is a crew consisting of the drone operator, a visual observer, and possibly someone to drive a vehicle. This can be a very lucrative job for a drone pilot since it would be mostly utility companies who will request for this type of service.

A service that combines drone photography and 3D modeling, a drone rooftop inspection will prove to be useful to real estate agents, roof repair crews, solar panel installers, insurance adjusters, and homeowners. It’s easy to imagine how the appearance and condition of the roof plays a huge role in the value of any house, making this a high-demand application of drone technology.

It may seem surprising to some, but a job as a drone rooftop inspector can be one of the best opportunities for a drone pilot. Rooftop repair crews and solar panel installers typically have to check the condition of a roof and make numerous measurements before they can move in and do the actual work. In the event of a natural disaster, insurance adjusters have to check the condition of a roof to confirm the insurance claims of a policyholder. Even homeowners can request a quick inspection of their roof as part of regular maintenance.

The benefit of using a drone for these jobs is that it doesn’t expose anyone to the hazards of working in heights. It’s also logistically simpler – all you need is a good camera drone, instead of the ladders and other measuring devices that an old-fashioned inspection crew would have to deploy.

More than just taking photos, the best way to conduct a roof inspection would be to take advantage of the photogrammetry technique. This generates a 3D model of the roof which can be inspected and measured an infinite number of times. This is a great way to make sure that you don’t miss anything and that you will not need to do a repeat survey.

Law enforcement agencies and emergency responders worldwide have taken to using drones to help augment their capabilities. For situations that require search and rescue, a drone is a perfect tool. It can cover a lot of ground quickly, provides a bird’s eye view of the search area, and can be deployed at a moment’s notice.

The same thermal camera that is used for inspection of industrial equipment and power lines can prove to be valuable in search and rescue operations. Unlike normal eyesight which can be obscured by darkness or vegetation, a thermal camera can identify high-temperature anomalies even at night or under a canopy cover.

Some drones can be outfitted with a spotlight and a speaker, which can be used to draw out lost people. In this regard, the drone acts like a “mobile spotlight, playing the same role that a helicopter would under different circumstances. Flying a drone, of course, is simpler and a lot cheaper than flying a helicopter.

Law enforcement agencies would likely prefer to have an in-house drone pilot among their ranks, which will allow them to engage drone-aided search and rescue at a moment’s notice. Should your local law enforcement agency want an officer to act as a drone pilot, you may still offer your services to provide training to their department.

The short answer is – no, there are currently no certification standards for those who want to teach drone flight. The only certification that the FAA grants is for those who want to teach manned airport flight. This is a point worth remembering, especially if you come across online courses or training institutions claiming that they are “certified” for drone flight instruction.

In place of this lack of certification, most organizations have set their own standards for drone flight instructors. For instance, one site that offers online courses may accept only those who have a manned pilot’s license. Others may require a minimum number of years of experience in drone flight, particularly in commercial operations.

Experience, of course, is a given if you’re looking to become a drone flight instructor. Get those flight hours in and you may be good enough to teach other people in a few years.

Becoming a professional drone pilot has become a legitimately viable career option in 2020. With more and more industries and companies recognizing the value of drones, a good drone pilot now has a wide horizon of well-paying opportunities.

What we’ve listed here is just a fraction of the entire spectrum of possible drone jobs. From private companies, real estate agents, advertisers, law enforcement agencies to local government and park administration, the entities employing drone pilots are now as numerous as ever. 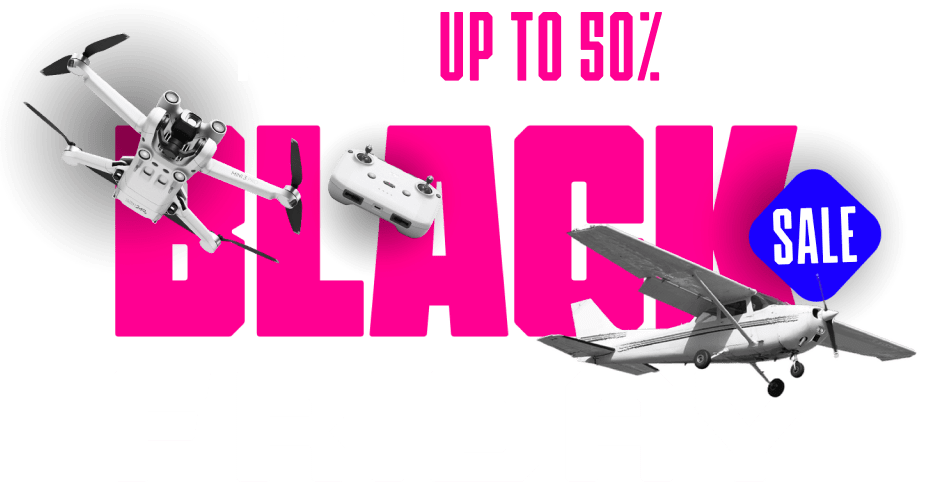