Note: This article does not provide legal advice. Please retain an attorney to check all of this information. In general, drone jammers are not legal to use.

It’s not a secret that not everyone is ecstatic that there a growing number of drones taking off to the skies nowadays. As with just about any piece of technology, there are drone pilots who use their drones less responsibly or more maliciously than others. With the growing concerns over privacy and security, it’s not a surprise that there have been a lot of efforts to develop drone jammers.

These anti-drone technologies have common goals – to bring down a rogue or prevent them from entering a restricted area. How are drone pilots supposed to feel about this relatively new development? Do we need to watch out for our neighbors taking down our drones with their own drone jammers?

Despite efforts by the FAA and the NTSB to regulate drone flight, it cannot be denied that they have been and continue to be used for purposes that are malicious, unethical, or downright illegal. Cases of drones being used for voyeurism are incredibly common, with a few well-documented cases highlighting just how disturbing drones can be in the wrong hands. They have also interfered with emergency response operations, caused the delays of commercial flights, and used to smuggle contraband into correctional facilities.

In 2015, a drone was able to fly into the lawn of the White House – one of the strictest permanent “no-drone zones” in the country. This event proved just how drones can be when used to breach security, as they are too small to be detected by standard radar equipment.

Although the pilot responsible for the drone was only flying for fun and claimed to have lost control of it, the incident opened the national consciousness to the dangers of drone use. After all, the lawn where the drone was recovered was the same lawn where the presidential helicopter lands. Without security measures, it would have been easy to mount an attack using the drone.

With public safety and national security on the line, it really was only a matter of time before anti-drone technology was developed. Are they necessary? Arguably, yes, they are – at least, until a more comprehensive method for implementing accountability for drone pilots can be created. However, anti-drone technology must also be similarly regulated.

How do drone jammers work?

Short of shooting down a drone with physical projectiles, the only anti-drone technology in existence is what is commonly known as a “drone jammer.” As its name implies, such a device will jam the frequency – either 2.4 GHz or 5.8 GHz – that a drone uses to communicate with its ground station. The drone jammer does this by sending its own electromagnetic signal at the same frequency, thus overriding the drone’s communication systems. In most cases, this will result in the drone activating its Return to Home function, through which the drone pilot can be identified.

This description may conjure images of a drone jammer that looks like a gun, but this may not necessarily be the case. True enough, there are handheld drone jammers in existence. However, these are heavy and bulky devices that take a lot of effort to deploy and can hardly be used stealthily. More commonly used are perimeter-based drone jamming technologies that use signal emitters placed around an area that needs to be protected from drone intrusion.

In many ways, the use of drone jammers to disrupt communication frequencies open to the public is a lot like using similar devices to disrupt cellphone signals. This means to say that it is illegal, as stated in Section 333 of Title 47 of the US Code, or the Communications Act of 1934. More specifically, this section prohibits the act of willful or malicious interference of any form of radio communications.

The mere fact that a drone jammer is called a ‘jammer’ already prevent its use, manufacture, and importation without the authority of the federal government. Moreover, the person operating a jammer must be licensed under the Commission’s rules.

The FCC regulations don’t really say anything new but simply echoes the affirmation that the manufacture, sales, importation, operation of jammers is generally prohibited but subjected to certain exceptions, such as to institutions under the US government.

Whenever a drone jammer is used, there is always the chance of the drone losing control, crashing, and causing damage to property or personal injury. This means there is potential liability during the use of a drone jammer, even by personnel authorized by the government. For this reason, the use of drone jammers by private facilities, such as utility companies or airports, is still a spotty proposition.

Lastly, the US Criminal Code contains several provisions that can be interpreted to argue against the use of drone jammers. The law not only prohibits the interference of satellite and radio communications, but also the destruction of aircraft – of which drones are classified under. Moreover, drone jamming can also be considered a form of hacking, which is another act prohibited by the US Criminal Code.

The point of this whole enumeration of the laws that can potentially be violated by the use of drone jammers is that it’s a mostly illegal act. A civilian isn’t likely to receive an authorization to use a drone jammer, even if it is for the security of their own property. Even shooting down a drone using an old-fashioned gun can result in a civil and criminal case that will likely be ruled in favor of the owner of the drone.

Should I be worried about drone jammers?

If you’re a drone pilot, should you be worried about drone jammers? The quick answer is probably not. There are a lot of issues related to drone jamming technology. The litany of laws that could be violated with drone jamming is just a part of it – here are two other factors that highly discourage the use of drone jammers.

Unlike a physical projectile, sending out an electromagnetic signal to act as interference is highly inaccurate. Aside from sending out invisible radio waves, the operator of the drone jammer also has to take into account the motion of a small flying object that can move very rapidly. With the size of the current drone jammers, it’s also highly likely that the drone pilot will see it coming and counteract with some evasive measures.

The biggest danger of using drone jammers is the possibility of causing collateral damage. Aside from the potential property damage and personal injury that can be caused by a crashing drone, there’s also the possibility of the drone jammer interfering with the signals of other devices nearby. The effect of this can range from a slight inconvenience to an outright disaster, especially in settings like airports, highways, and massive crowd events.

In many ways, we can consider that the potential dangers of unauthorized drone jammer use can even outweigh the risk that unidentified drones pose. For this reason, drone jammers are heavily regulated technology. If you’re worried about a disgruntled neighbor taking down your drone with a jammer, then that is a very remote possibility.

Drone jammers are prohibitively expensive. While a $1000 price tag isn’t going to deter a paranoid bystander from getting a drone jammer, they are so heavily regulated that finding a manufacturer that sells them would prove to be very challenging. In any case, there are always the laws put into place that prevents the sale of drone jammers to private individuals.

So far, drone jammers have only been used in places where security is very sensitive or in massive crowd-drawing events. Popular examples where drone jamming technology has been deployed include the Superbowl, the Olympics, and events by the NFL. As long as you don’t fly your drone into a high-profile location or event where drone flight is very obviously prohibited, then you won’t need to worry about drone jammers for now.

As controversial as widespread drone use has become, the use of anti-drone technology has proven to be even more controversial. Drone jamming technology may offer peace of mind to those who are concerned about how drones can violate their security and privacy, but the truth is that the technology can be so easily exploited.

For this reason, the drone community would be glad to know that the use of drone jammers is heavily regulated. This strict regulation also extends to its manufacture, importation, and sales. Right now, only the federal government has the authority to allow the use of drone jammers. Even then, it is used only very sparingly because of the dangers of collateral damage.

Drone jammers are nothing to worry about for the average drone pilot. Just make sure you aren’t flying your drone anywhere near the White House – if you do, drone jammers are going to be the least of your worries. 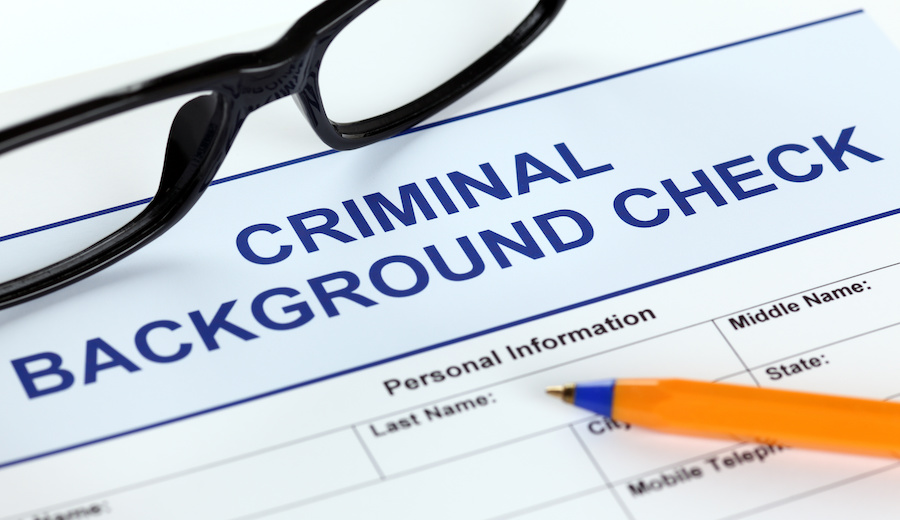 What the TSA Checks During a Part 107 Application 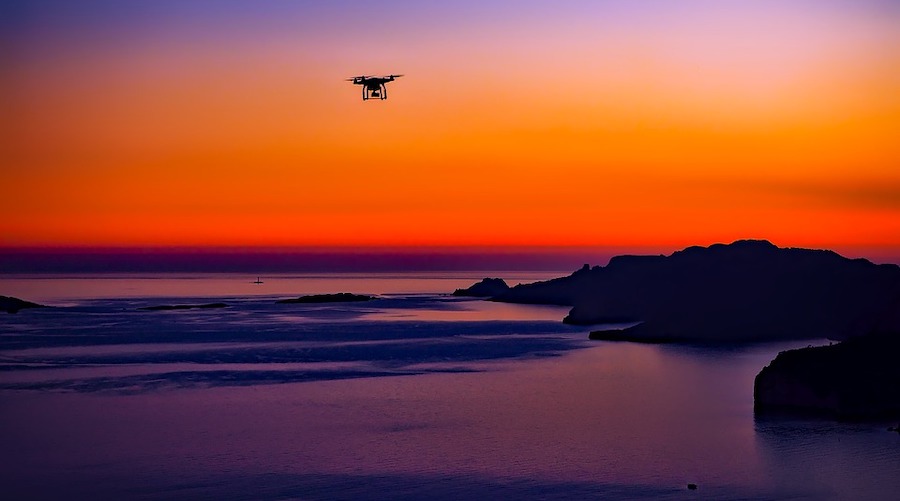 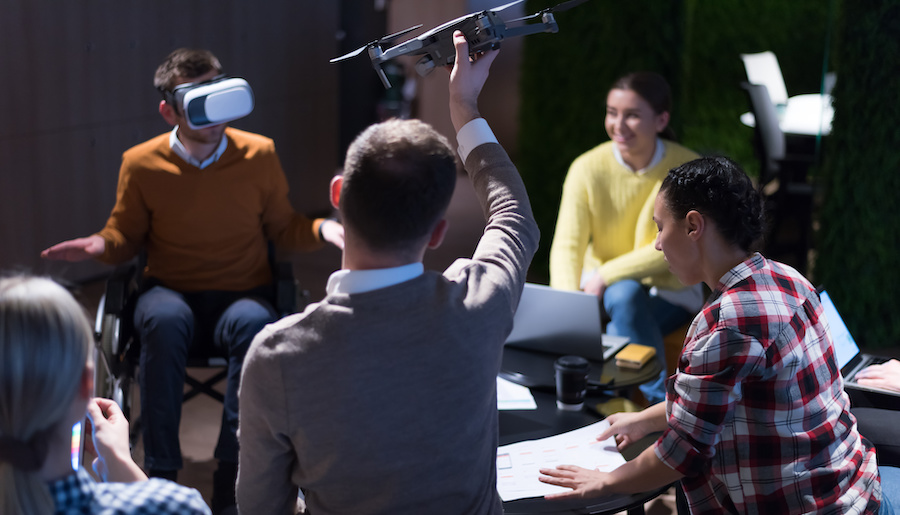