One characteristic of a good drone pilot is that they must know what to do when things go wrong. Despite all the preparations, less-than-ideal circumstances can happen in the middle of drone operations. In such a situation, a drone pilot with a prepared emergency procedure will fare better than one who just thinks on their

One of the first things you will learn as a drone pilot is that not all people will be happy to see a drone flying overhead. Although most people will be curious or intrigued, there will eventually be that one person who insists that you are using the drone to spy on them or infringe 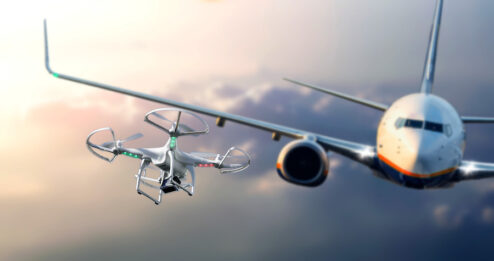 ADS-B for Drones: Why airplanes don’t always show up

As the drone industry moves towards automation and long-range flight, drone technology also needs to evolve to keep up with more demanding safety standards. One technology that has been proposed as essential for this development is ADS-B. However, the use of ADS-B is not without criticism. Many have commented on the practicality of having such 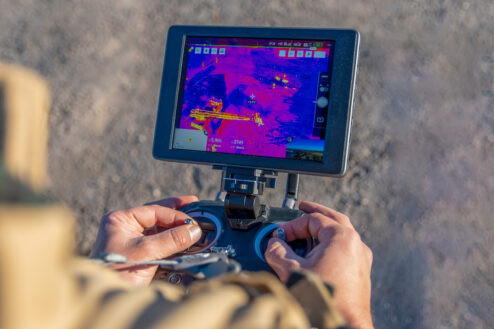 Public safety agencies often need to use drones to respond to emergencies quickly or to simply gain a tactical advantage over any situation. However, their need to use drones does not always perfectly align with the drone regulations of the FAA. To give public agencies some leeway, they can apply for a Certificate of Approval

Qualcomm Technologies has made quite a name in the drone industry. In March 2021, they were instrumental in the first-ever controller drone flight on Mars using the Ingenuity helicopter. This achievement was a testament to how far drone technology has come. More recently, Qualcomm announced that they will be launching the Qualcomm Flight RB5 5G

Traveling by air in 2021 is a bit more complicated than in previous years, especially if it’s on an international flight. Health protocols seem to be in a constant state of flux. Preparation is key if you do not want to be stuck in an airport missing critical documents. The emphasis on preparation also stands

With all the recent talk of the BVLOS flight of drones, there has also been a revived interest in the idea of drone deliveries. This has long been a sought-after application of drones that the FAA even has a special certification granted to interested carriers. Technology and regulation may be on the way to enabling

As more use cases are developed for drones, the technology used in drones also needs to be more sophisticated. We’ve already seen these through the years with drones that can avoid obstacles automatically or detect when there are nearby aircraft. A fairly recent trend is drones having the ability to communicate via 5G networks. Although

The DJI Mini SE – Should You Get the Cheapest DJI Drone Ever?

After a highly talked-about leak back in June 2021, DJI has finally announced that the DJI Mini SE is finally coming to the US. At a launch price of $300, the Mini SE becomes the cheapest drone in the market that bears the DJI brand. While many DJI drones have always been marketed towards beginners,

Data security has slowly become a serious topic in drone operations. Two years ago, the Department of the Interior decided to ground their fleet of Chinese-made drones over concerns over potential security risks. Ordinary drone pilots are also worried about their personal flight data getting intercept when Remote ID becomes strictly implemented. With data security