How to Resolve Issues over Privacy When Flying Drones 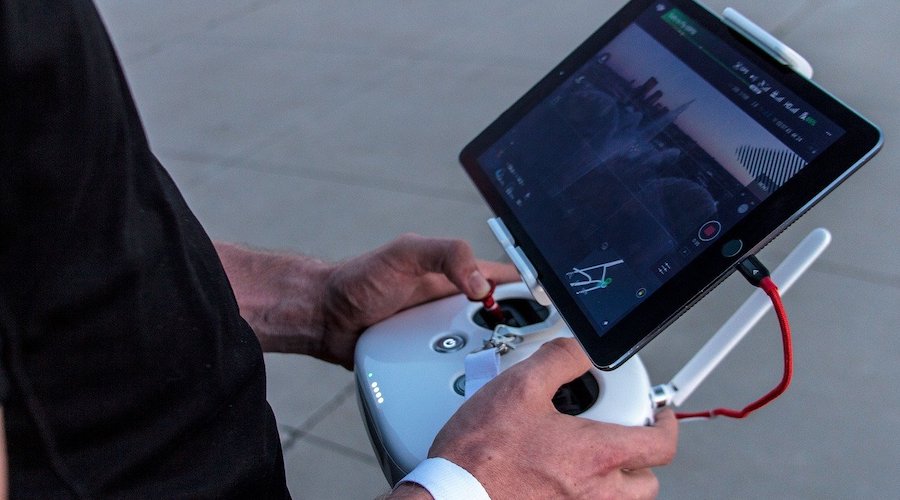 Note: This article does not offer legal advice. There may be civil or criminal issues caused by invading people’s privacy with drones. We highly recommend not using drones for surveillance.

Of the many issues of drone flight, privacy is probably one of the longest-standing and most relatable to the general public. It’s easy to see where this concern can come from. After all, drones were originally created as a means for surveillance operations by the military. Modern drones are even better surveillance tools with their more compact designs and sophisticated cameras.

If you’re going to fly your drone a lot, then you’re likely to encounter an argument regarding privacy at some point. How can you resolve a privacy-related issue? What can you make sure that you never run into privacy-related problems in the first place?

For as long as drones have been a thing, the general public has always been concerned about how they could be used for espionage, voyeurism, or any unauthorized documentation. After all, drones can fly just about anywhere and can be just small enough to avoid instant detection. Today’s drones are also so much well-equipped for surveillance with cameras that capture images at low light, powerful zoom lenses, automatic subject tracking, and an option to swap a regular camera with one made for thermal imaging.

Are the fears of the public grounded on reality? Unfortunately, yes, they are. There have probably been hundreds of documented cases of drones violating the privacy of citizens. In 2016, a man in Utah was able to chase down a drone that he caught flying outside of this bathroom. Upon recovery of the drone, the man found that the drone contained several photos and videos of people shot from outside their apartments, all presumably without consent.

Based on a study by the Embry-Riddle Aeronautical University, private citizens were wary of drone use whether it is done by hobbyists, professional users, or police officers. The respondents responded well to the use of drones for specific police or rescue operations but were certainly opposed to the idea of having drones flying over their homes 24/7.

Demographics also play a role in determining which portion of the population is most concerned about drone activity that could violate their privacy. Females are understandably more concerned about being videotaped without their consent. In the political spectrum, conservatives are also less accepting of the widespread use of drones.

What does the FAA say?

As the sole authority of national airspace, the FAA holds the highest authority on being able to restrict or regulate drone operations. Through the past several years, the FAA has slowly expanded the scope of drone-related legislation, requiring registration of drones and the certification of pilots who wish to fly drones commercially.

Unfortunately, none of the FAA rules address the issue of privacy. As far as the FAA is concerned, drone pilots will encounter no problems as long as they fly within operational limits and stay out of “no-fly zones.” This has left a sizable gap in drone legislation which has gone unaddressed for what feels like a long time. As it stands, the drone-related laws currently enforced by the FAA are focused on the safety of national airspace, as well as the people and property on the ground.

As we shall see later, the FAA is currently in the process of developing a system that will allow for identification of drones and enhance the accountability of drone pilots. For the interim, state and city governments have made their own drone-related laws to address issues of privacy, safety, and security related to drone operations.

The biggest challenge of complying with these state or city-specific laws is that they can be very different across borders. In some states, the unauthorized entry of drones into private property can be considered a misdemeanor. In contrast, other states may not have any regulations on drone operations at all. This means that drone pilots need to exercise due diligence whenever they fly their drones in a place where they have never done so before.

In a few instances, drone pilots have challenged the legitimacy of state or city drone laws, especially when they come in conflict with the laws enforced by the FAA. The FAA usually ends up with the ultimate authority in these cases, although we can imagine that the experience can’t be pleasant for a drone pilot. Legal cases are stressful and expensive, even when you come out on the winning side.

At the end of 2019, the FAA released a notice for proposed rulemaking (NPRM) for the Remote ID system for drones. The 319-page document provided a lot of details about the proposed law, including the specifics of how it will be implemented.

In a nutshell, Remote ID will allow for the identification of drones via Wi-Fi or mobile data connection via a third-party UAS Service Supplier (USS). Each information packet will contain details about the drone’s serial number, the position of both the drone and the drone pilot, the emergency status of the drone, and a timestamp of the data. Through the system, the FAA is hoping to eliminate the “anonymity” of drones so that they can no longer be used with malicious intent.

A lot of the provisions of the proposal are still under heavy contention. In an interesting bit of irony, it is now the drone pilots who are now worried about their security and privacy. There’s a good reason behind these concerns, though – with a standard Remote ID, the information packet can be accessed by the general public. Thus, there will be nothing stopping a person from seeing a drone and pinpointing exactly where the pilot flying the drone is. This exposes the drone pilot to the possibility of assault, harassment, or theft.

There’s also the matter of additional costs for the drone pilot. Since most areas are devoid of Wi-Fi, drone pilots will have to settle for a mobile data connection to comply with Remote ID requirements. They will also need to sign up for the services of a USS, which will likely charge a fixed amount per month.

Drone manufacturers will have to adjust to the Remote ID standards. The cost of the added features will almost certainly be passed to the consumers. A price increase of about a hundred dollars won’t be surprising when the law for Remote ID comes around.

There is no word yet on when the Remote ID system will become law. We presume that the FAA is still drafting a revised law based on the comments that they have received on the NPRM. They received a record-breaking number of comments well past 50,000. The Remote ID proposal has become the most hotly contested proposal made by the FAA – even more than the landmark Part 107 law for commercial drone flight.

However, it’s almost inevitable that some form of the Remote ID will be a requirement in the future. We can only hope that Remote ID will address all the concerns related to safety and security without straddling drone pilots with huge costs of compliance and impeding the growth of the commercial drone service industry.

Right now, laws that protect the privacy of people against renegade drones are either inconsistent, easily challenged, or non-existent. Just as prominent as cases of drone violating privacy are cases of people taking matters into their own hands. Although shooting down drones are still considered illegal, that may not stop your neighbor if they feel that they are being recorded without permission.

In 2017, the proposed “Drone Aircraft Privacy and Transparency Act” was opposed by the Commercial Drone Alliance. Instead, the community-based organized drafted a set of voluntary best practices for drone pilots to avoid privacy-related issues. Many members of the industry and community, along with the National Telecommunications and Information Administration (NTIA), generally agreed with the guidelines.

The voluntary best practices should look familiar to any experienced photographer. A lot of these guidelines are anchored on the concept of deliberate transparency such as securing the consent of all the people and owners of the properties that may be included in your aerial images and videos. How the photos, videos, or data will be used and distributed must also be disclosed to the concerned parties.

There may be cases when consent does not equate to compliance, especially if there are state or city laws in place to protect the privacy of citizens. If you’re not sure about the drone regulations of a place you’ve never operated in, then take the time to do a bit of research. Conversely, you can also seek guidance from local law enforcement. It’s worth the time to cover all your bases before you start flying your drone. Compliance with evolving laws at the federal, state, and local levels is also emphasized by the guidelines created by the Commercial Drone Alliance.

No matter how common drones become, concerns over privacy will probably always be there. It is only natural for people to be wary of technology as pervasive and unusual as drones, especially if they become natural parts of national airspace. Perhaps with new legislation and better drone flight etiquette, public perception of drone use may start to change for the better.

For the most part, it is the burden of drone pilots to lay to rest any concerns with privacy. With actual cases of drones being used for voyeurism, drones can be considered tools that can be wielded with either noble or malicious intent. How honorably you intend to use your drone is knowledge that only you hold – it will be your responsibility to let other people know and feel that they can trust you.

Who Needs to Take the FAA TRUST Drone Exam?