The Sony Airpeak Drone – Will It Challenge DJI? 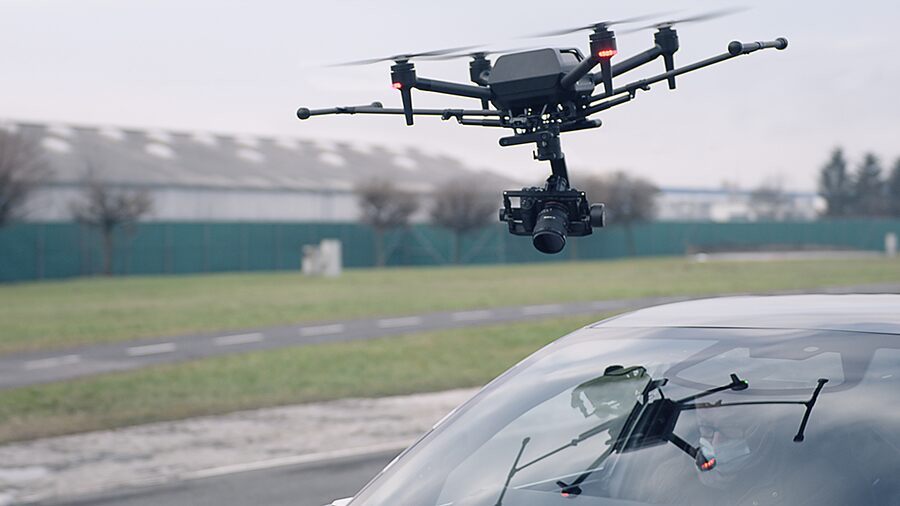 Whenever a big name like Sony ventures into waters that are uncharted to them, they are bound to make waves. That certainly seems to be the case with the Airpeak, Sony’s first into what is already a crowded drone market.

Unveiled in January 2021, the Airpeak is expected to launch by the Spring of this year. What does the Sony Airpeak offer and will be it be giving drone giant DJI a run for its money? Should professional drone pilots be starting to save up for when it gets launched? Let’s go into detail about what we know of the Sony Airpeak for now.

What we know from Sony’s announcement

Just to keep the expectations realistic, we do not know much yet about the Sony Airpeak drone. The drone was unveiled during this year’s Consumer Electronics Show (CES) via a 2-minute “road test” video. Before this, Sony had already released a teaser trailer of the Sony Airpeak way back in October 2020.

Although no official specs have yet been released by Sony, the road test video gave us a glimpse of the drone in action. It showed the drone capturing a video while keeping pace with a moving car amidst a snowy backdrop. While short on actual information, the video did a good job of generating hype for the product.

Sony succinctly describes the Airpeak as the “industry’s smallest class of drones that can be equipped with the Alpha system”. One thing we can glean from that statement is that the Airpeak will not be a one-off drone product. Instead, the Airpeak is intended to be a brand to further drone technology, with the soon-to-be-launched model as the “first phase” of the project.

It also appears that the entire Airpeak brand is designed to accommodate the Sony Alpha line of mirrorless cameras as payload. This instantly places the Airpeak in a different class from the standard ultra-portable drones that seem to have saturated the current market.

Although we shall attempt to deduce the features of the Sony Airpeak from what little we have seen, it is important to remind our readers that these deductions did not come officially from Sony. These are all based on what we have seen from the trailers so far. It’s entirely possible that design changes may have occurred between when the trailer was made and when the drone finally launches in the market.

The Sony Airpeak will have non-foldable propeller arms and tool-less propeller installation. The landing gear is removable and can be screwed on by hand, as well. Located at the underside of the drone is the gimbal mount where the camera gimbal is to be installed.

Although the non-foldable propeller arms make the Sony Airpeak a little more difficult, it does seem like it has a tall but narrow profile. We can’t tell for sure until we see actual specs, but the lack of foldable arms does not appear to be as problematic in this case.

Aside from the bottom-mounted gimbal camera, the drone comes with a front-facing FPV camera. This almost certainly means that the drone can be operated by two people – one pilot flying the drone, and another controlling the gimbal. Again, this is a feature reminiscent of pro-level camera drones such as the Inspire 2.

The drone’s dual-battery setup takes up most of the volume of its body. Aside from being able to use two batteries simultaneously, the batteries of the Sony Airpeak look bulkier than the usual drone batteries. This indicates a focus on extending flight time as well as support for heavy payloads.

With the dual-battery setup, the drone appears to support hot-swapping and battery redundancy. This may mean that the drone can continue to operate on a single battery, which should give it just enough time to fly back to its home position.

The landing gear of the Sony Airpeak retracts automatically upon take-off. This gives the gimbal camera the space to move around without anything disrupting its field of view. Although we have no word yet on the degree of movement of the drone’s gimbal, it is set at a position where it has a lot of room to move around.

LED lights on the propellers show different colors, aiding in locating and determining the attitude of the drone even at night.

Another noteworthy observation from the trailer is that the Sony Airpeak appears to have vision sensors at the front, back, top, and bottom. This is indicative of an omnidirectional obstacle avoidance system. If this proves to be true, then this can be a huge advantage of the Sony Airpeak over the DJI Inspire 2.

A huge selling point of the Sony Airpeak is that it was designed to work seamlessly with the Sony Alpha ecosystem of mirrorless cameras. This is beneficial for professional photographers who prefer using mirrorless cameras to those normally used in drones.

Just like the Inspire 2, the Sony Airpeak seems to have provision for interchangeable payload. It comes with a standard gimbal to which a mirrorless camera can be connected via a hot shoe mount. Based on what we have seen so far, the gimbal seems to have a fairly good range of motion.

There are a few questions that we will need to be answered before we can tell how good of a camera drone the Sony Airpeak is. Primary of this is the payload rating of the drone, which will determine exactly which cameras and lenses the camera can handle. Will it be possible to attach a telephoto lens to a camera mounted on the Sony Airpeak?

We would also like to know if the Sony Airpeak works exclusively with Sony Alpha cameras. This definitely seems to be the implication of how the Airpeak is being marketed, although we would like to be pleasantly surprised. If it’s possible at all to use Panasonic or Nikon cameras with the Airpeak, then it’s going to offer unrivaled versatility for professional photographers.

We are also curious about how much control the drone pilot has over the camera parameters. This depends on the interface between the camera and the drone. It would be a huge advantage if there’s a way to adjust color balance, aperture, and focus remotely. This might be a tall order but would address major limitations in previous drones that interfaced with DSLR cameras.

That estimated price does not include the cost of a Sony Alpha mirrorless camera. If you’re yet to buy one, then a camera like the Sony a7 will set you back around $1000 more.

Is the Sony Airpeak worth the wait?

If you plan on holding off on your next drone purchase until the Sony Airpeak is officially launched, then we would say it’s a good idea if you can afford to wait. As far as camera quality is concerned, Sony has certainly earned enough credibility in the quality of their products. If you already own a Sony Alpha camera, then watching out for the Sony Airpeak becomes an even more compelling idea.

At this point, we do not know enough about the Sony Airpeak to give a solid recommendation on it. While the technology seems impressive on the surface, only actual testing will tell us how well they perform. Sony may be a huge name in general technology, but they are still untested in the drone segment.

What we can tell so far is that Sony is marketing this product to those who are into professional photo and video production. This is a wise move, considering how DJI has seemingly cornered the ultra-portable drone market. By riding on the strength of their mirrorless cameras, Sony is attempting to swoop in and grab the market of professional photographers – one that has seemingly been set aside in the last couple of years.

Right now, it’s too early to tell if the Sony Airpeak will be a credible threat to the market leadership of DJI. On paper, the Sony Airpeak does not seem to be offering anything that’s exceptionally new and innovative. Its main draw is the fact that it interfaces specifically with Sony mirrorless cameras – quite a huge appeal for professional photographers.

A strong point of the Sony Airpeak is that it seems directly headed to a one-on-one rivalry with the DJI Inspire 2, which is a four-year-old model. If it launches at a good price and gets good reviews, then we can see it eclipsing all the pro-level drones of the previous generation. 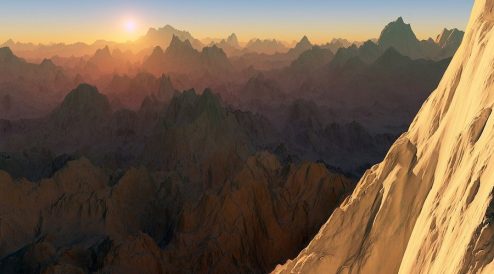 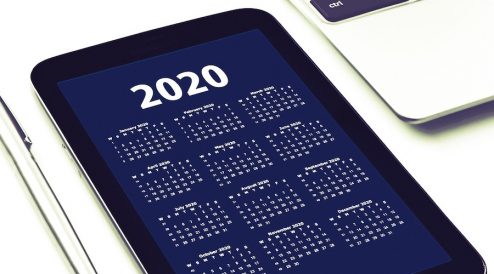