For those aspiring to earn their private pilot licenses, learning about different aircraft classifications is considered one of the first steps. Depending on the type of license you are granted, you may be allowed to fly different classifications of aircraft.

The word ‘aircraft’ is an umbrella term that can refer to any type of vehicle or machine that can fly up in the air. There are several ways to categorize the different types of aircraft but we shall focus on two qualifiers – the method of lift, and whether the aircraft is lighter-than-air or heavier-than-air.

Lighter-than-air aircraft have also been called aerostats because of their reliance on the aerostatic lift provided by low-density gases. 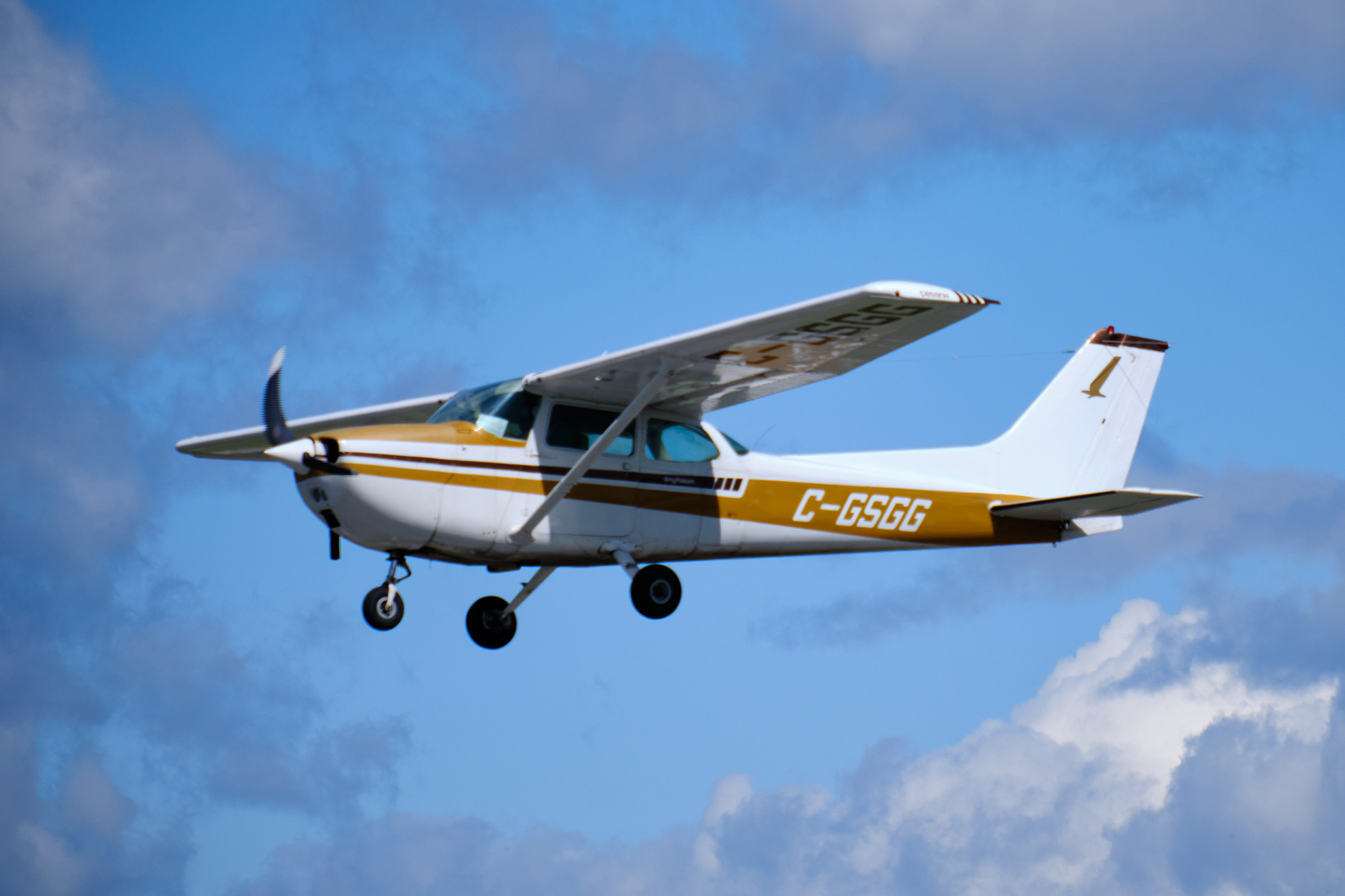 Heavier-than-air aircraft are a type of aircraft that needs a mechanism to push the aircraft upwards. This aerodynamic lift can be generated in two ways – using aerofoil-shaped wings, or via the rotation of powered rotors.

There are also examples of heavier-than-air aircraft that rely on other, less common means of generating aerodynamic lift. 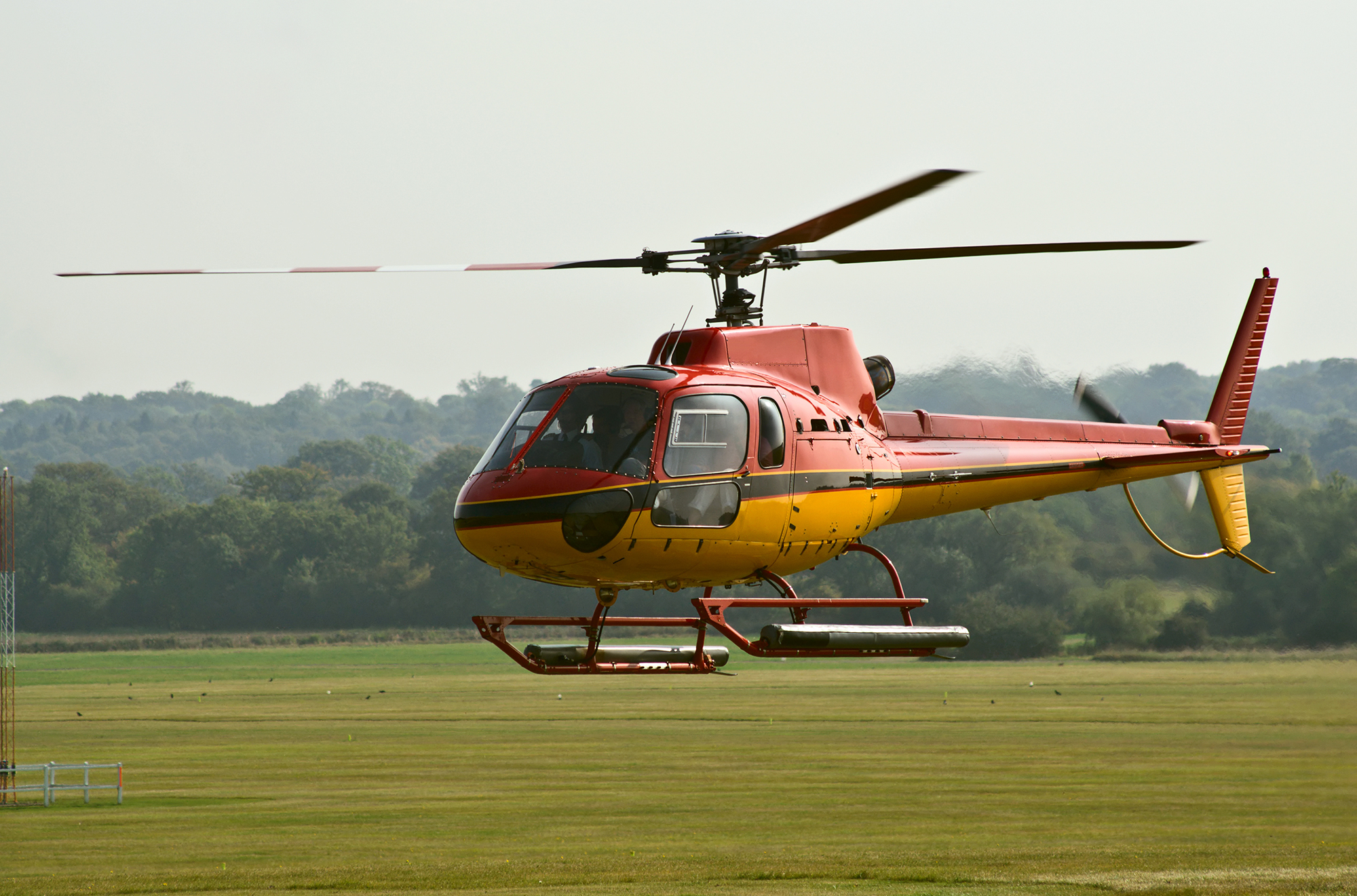 In the context of airmen certification granted by the FAA, there are only four broad categories – airplane, rotorcraft, glider, and lighter-than-air. There are also certification classes under each category.

A certified airman can have a combination of these different categories and classes. Moreover, some specific aircraft (like the Boeing 737) will require a Type certification. Type rating can be an add-on to an existing private or commercial pilot license.

As far as aircraft parts go, few are as iconic as its wings. The wings of a fixed-wing aircraft are responsible for generating lift as the aircraft is propelled forward. Through the years, there have been several versions of aircraft wings and different aircraft types with distinct wing arrangements.

Below we will be talking about the parts of an aircraft wing, how they work, and the different types of aircraft structures in the context of wings.

How an aircraft wing works

To provide a framework for this discussion, let us start with the fundamental principle behind aircraft wings. The cross-sectional shape of an aircraft wing is called an airfoil. When an airfoil-shaped object moves through any fluid, its shape naturally generates lift. Aside from aircraft wings, the airfoil can also be found in nature such as in the wings of birds and insects.

There are several ways to explain how an airfoil works, all of which refer to traditional physics. We find the simplest one to be based on Bernoulli’s principle – that an increase in the speed of motion of any fluid comes with a corresponding pressure reduction.

As fluid moves through an airfoil, its unique shape creates a speed imbalance. Fluid (or air, in the case of aircraft) moves faster on the top surface of an airfoil compared to the lower surface. This creates negative pressure at the top and positive pressure at the bottom, thus generating lift. Bernoulli’s principle is simply a composite of the more basic laws of physics including the law of conservation of mass and Newton’s third law regarding action and reaction.

This is a very simplified version of the dynamics of aerodynamic lift. A more nuanced discussion will involve other physical principles such as fluid flow dynamics, conservation of momentum, and heat conduction. This is a far more advanced topic than what we can cover here.

There are several variables that influence the flight performance of an aircraft wing. Airfoil shapes, angle of attack, and weather conditions are factors that aircraft pilots must consider before and during flight.

Parts of an aircraft wing 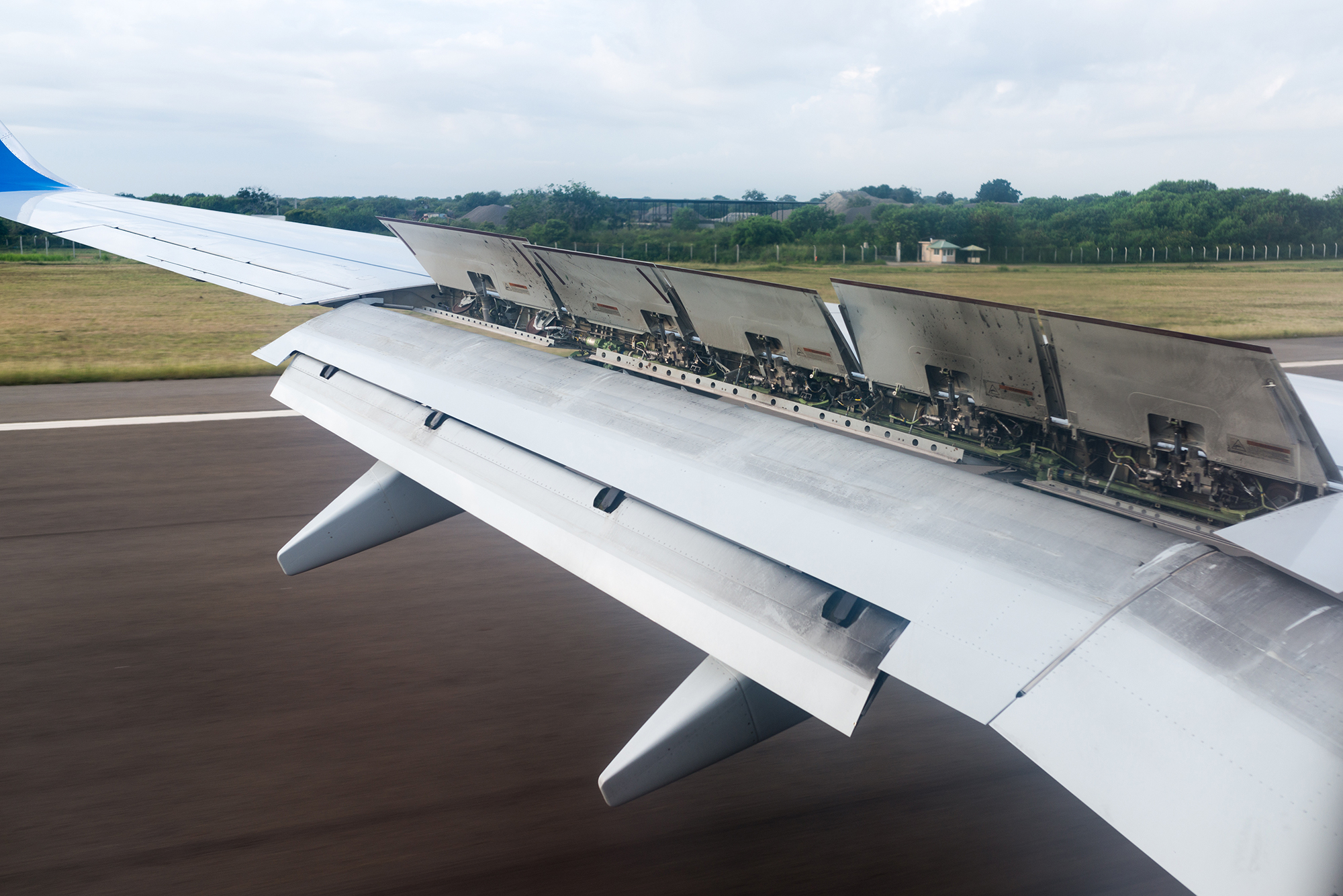 Also central to our understanding of aircraft wings is knowledge of their parts. Again, there may be slight variations in these parts depending on the type of aircraft being considered. However, we have narrowed this list to the most common terms used in aviation.

Other wing parts such as spoilers and air brakes are less common but are also used to manipulate the airfoil shape and influence aerodynamic parameters such as drag, lift, and stalling speed.

One of the most visually distinct classifications of airplanes is that between biplanes and monoplanes. As their names imply, a monoplane has a single set of wings while a biplane has two. 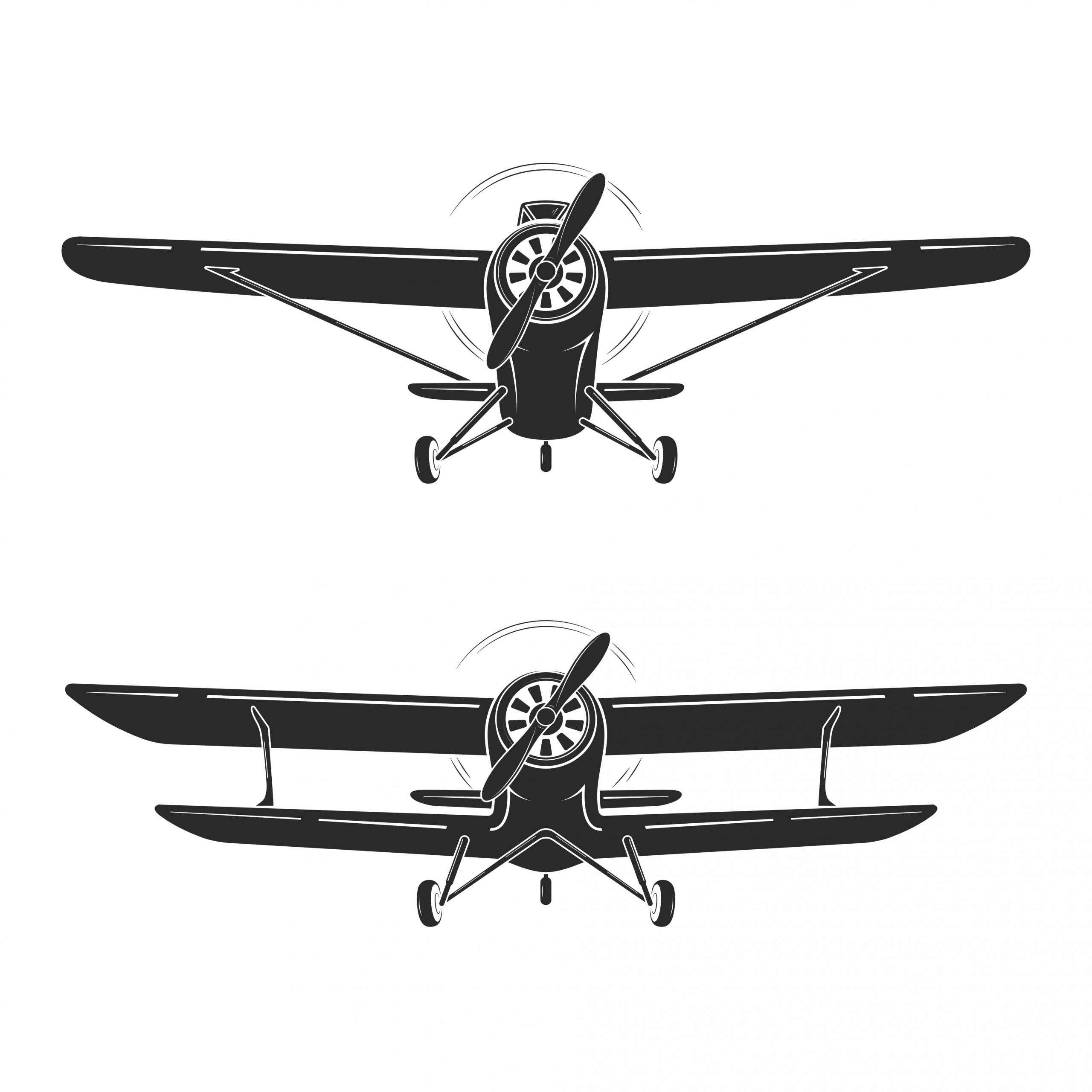 The biplane design was the original one used in aviation, as evident by the fact that the Wright Brothers’ aircraft was a biplane. With two wing sets stacked together, the biplane has the advantage of better structural integrity. This was essential in the early years of aviation, as the aircraft back then did not have the benefit of the lightweight engineering materials we have today.

Most modern aircraft use the monoplane design. This wing configuration results in lower drag and substantially better efficiency. Monoplanes became the standard aircraft design from the 1930s onwards, thanks in huge part to the development of strong but lightweight construction materials.

Nowadays, biplanes have been replaced by monoplanes almost to the point of obsolescence. Although biplanes also have advantages, these are greatly outweighed by their limitations such as poor efficiency and high drag. There are still biplanes manufactured and used today but these are mostly for recreational use and to cater to the nostalgia market.

When it comes to monoplanes, there are two ways in which the wings can be attached to the fuselage – above the fuselage, or somewhere closer to its mid-point. Both high-wing and low-wing aircraft are quite common nowadays. The choice between the two considers both the aerodynamic performance and other more practical factors.

The most common examples of low-wing aircraft are those for commercial passengers. There are also training aircraft that are low-wing, most notably the Piper Warrior. On the other end of the spectrum are cargo planes that benefit from the high-wing design. The Cessna 172SP is a representative of the high-wing aircraft type in the selection of aircraft used in flight training.

In a high-wing aircraft, the wing box (the component that connects the wings to the fuselage) will be located above the fuselage. This frees up space inside the aircraft, making it ideal for cargo. Low-wing aircraft are ideal for passenger flight as they perform better in absorbing landing impact and are also more reliable should a water landing be necessary.

In the field of flight training, the matter of choosing between high-wing or low-wing aircraft remains a hotly debated topic. Many argue that high-wing aircraft offer easier passenger ingress and have the benefit of inherently better stability.

However, the simplicity of the design of low-wing aircraft makes it possible for them to be lighter and more efficient. Low-wing aircraft also have a more pronounced ground effect, allowing for faster acceleration and shorter take-off. However, this same ground effect can also make landing quite tricky as you are more likely to float more.

Ultimately, there is no right or wrong side in this debate. Each side has a group of adamant and quite vocal advocates. The good news is that most flight schools should be able to offer both options for flight training. The choice comes down to personal preference and taste – something only you can decide for yourself by trying them out on your own.

Understanding how an aircraft wing works and the different configurations of wings is one of the first few lessons in flight training. It is a piece of fundamental knowledge that will be the foundation of future lessons on aerodynamics and flight maneuvers.

Depending on where you take your flight training, you may have the option to fly bi-plane or mono-plane, as well high-wing or low-wing. It’s a good idea to experience all possible wing configuration options just to know which one works best for you.

Parts of a Wing 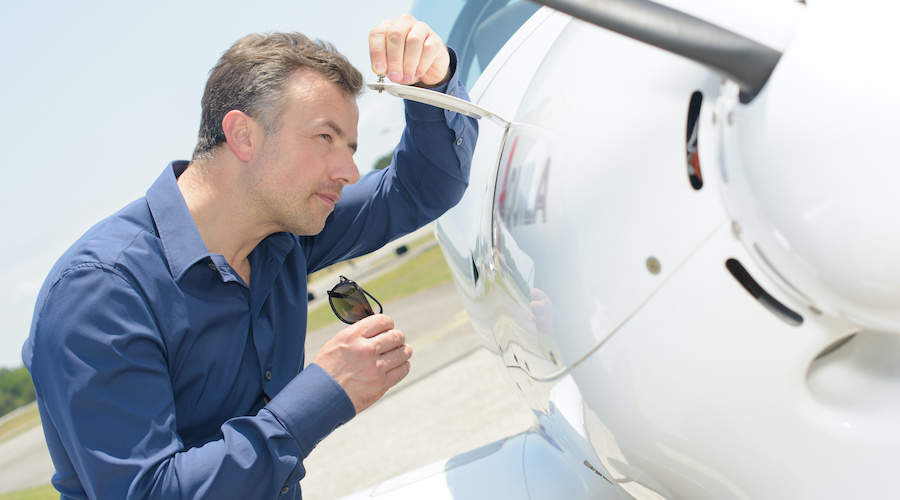