If you want to know how airplanes maneuver through the sky, you must understand the axis of aircraft. While it may appear complicated, we will make it super easy to understand. We’ll describe all three axes, the effect they have on the aircraft, and even tell you which flight controls influence each! Let’s jump right in.

The Axis of Aircraft – The Quick Definition

Aircraft axes can be a little confusing, and it is easy to get bogged down in aerodynamic theory.

If you read the above again, you’ll notice that the yaw axis is, in fact, referred to as the ‘vertical’ axis. Generally speaking, yaw is something that tends to happen along the horizon.

However, there is a very logical explanation for why this axis is correctly named the vertical axis.

Here’s a more detailed run down so it all makes sense.

What is the Axis of an Aircraft?

In the simplest terms, an axis is a fixed point around which an object, such as an aircraft, moves. An axis is a straight line that runs through an airplane’s center of gravity.

All aircraft rotate around three different axes. They are…

Be it a fighter, a huge Airbus A380, and even a small Cessna. Regarding axes (pronounced axe-ees, not to be confused with ‘axes’ used for chopping wood), all aircraft work exactly the same way.

Here’s an easy way to understand what an aircraft axis is.

Think of them a little like ‘skewers‘ stuck through various parts of the aircraft fuselage.

Imagine taking a model aircraft and sticking a straight stick through any part of it. If you placed your fingertips on either end of the skewer, your tiny model aircraft would rotate around it.

However, aircraft designers generally aim to make aircraft behave predictably. So, they engineer the aircraft so that the aircraft axis (or skewers, if you prefer) runs through a certain point. And this point is always the same, regardless of aircraft weight.

That point’s name? The aircraft’s center of gravity. You can read much more about the airplane CG here.

Every axis enters and exits at a given point on the aircraft. We’ll explain the axes and how they work when flying.

To understand the lateral axis, imagine standing side-on to the aircraft and running a skewer down into the wingtip, through the center of the aircraft, and out the other wingtip.

The aircraft rotates about the lateral axis in pitch.

Imagine standing facing the aircraft nose head-on. The longitudinal axis runs from the center of the nose all the way through the middle of the airplane and exits at the tail.

Want an easy way to remember this axis? Aircraft from nose to tail tend to be pretty long. Long = Longitudinal. Neat!

The aircraft rotates about the longitudinal axis in the roll.

If you took a bird’s eye view of the aircraft and pushed a skewer vertically straight down through the aircraft, that’s the vertical axis.

A quick way to get this airplane axis pinned down?

The aircraft moves around the vertical axis in yaw.

While the above is simple, the axis of aircraft can get a little confusing.

Because, as aviators, we don’t use the axis around which the aircraft moves around to describe the movement effect.

Yeah, we know. A bit funky.

For instance, while we pitch around the lateral axis, we describe this as longitudinal control.

It might sound a bit weird, but there is an easy way to envisage it.

All you need to do to work it out is to look at which axis is actually moving the most.

Let’s do a little roll.

The aircraft rotates around the longitudinal axis in the roll.

However, it is the wing tips that are doing all the moving. Wingtips? Yep, they are ‘skewered’ by the lateral axis. Therefore, while the aircraft rolls around the longitudinal axis, it is called lateral control.

The good news is that there is no mixing of terms for the third (vertical) airplane axis. Both the lateral and longitudinal axis move when we yaw. For this reason, pilots simply refer to this as directional control.

To help you out, here’s a handy table to help you memorize the axis of aircraft.

Understanding Axes of Aircraft in Flight

When a pilot makes an input on the flight controls, quite a lot goes on. Some flight controls actually have secondary effects. This means that a single input on one control actually produces another input (and effect) in another airplane axis too!

We want you to envisage the airplane axes we have just discussed above in an airplane that is in straight and level flight (a basic flight maneuver).

Remember, the axes all go through the center of gravity. This is an imaginary ‘pivot point’ located in the middle of the aircraft.

Let’s make some control inputs and see what happens.

To pitch the aircraft, we pull or push gently on the stick. By doing this, we are moving the longitudinal axis and rotating the airplane around the lateral axis.

Here’s how it works.

We move the elevator at the tail when we push or pull the stick. This produces an aerodynamic force pulling or pushing the tail up or down. The aircraft moves around the ‘skewer’ called the lateral axis. The effect on the aircraft’s attitude is that it either lowers or raises the nose.

There is no secondary effect to pitch.

If we move the stick side to side, then we induce roll. One wing will go up, and the other will go down. This is how we turn the airplane. By making this control input, we are moving the lateral axis and rotating the airplane around the longitudinal axis.

Each wing has a small flap on the rear, called an aileron. These flight control surfaces create a differential in the amount of lift each wing produces. If one wing has more lift than the other, it will roll in the direction of the wing with the least lift around the central ‘skewer’ of the longitudinal axis.

Something interesting happens when we roll the aircraft. There is a secondary effect to roll.

Let’s make only a roll input without any other action on the controls. The airplane will begin slipping towards the down-going wing. Airflow will hit the lower side of the airplane. This creates a sideways force on the tail.

You are exactly right!

The secondary effect of the roll is yaw around the vertical axis. So, pilots normally use a combination of aileron and rudder to turn the aircraft.

Let’s get back to flying straight and level…

We make a gentle push on the left rudder pedal. In the simplest terms, this will cause a rotation around the vertical axis. The longitudinal and lateral axes will move in the direction we push on the rudder pedals.

We call this movement “yaw”.

Normally we only use yaw to perform balanced turns and to counter the experience we looked at above.

However, it is important to note…

By yawing the aircraft, we are, in effect, making one wing travel slightly faster than the other. If a wing flies faster (even fractionally), it creates more lift.

More lift on one side than the other? What do you think the effect will be?

If you said “roll,” you are correct.

The secondary effect of yaw is rolling.

The Axis of aircraft is actually pretty easy to understand. After all, there are only 3 to remember. The tricky part is remembering which axis moves around the others. Our above table and detailed guide should make it all really easy. If you are looking for more tips to learn flying theory, why not check out our flying courses? There are even some that are free!

Low Time Pilot Jobs and How to Build Airplane Hours 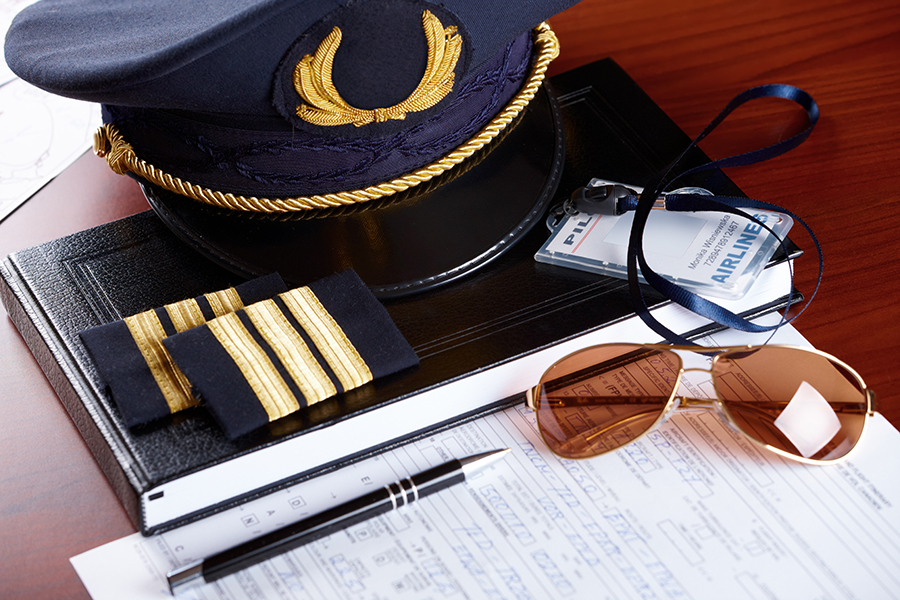