While a lot is going on when an airplane gets airborne, you might be surprised to learn that there are only 4 forces involved when discussing the principle of flight. We are going to make understanding them easy. Today we will tell you everything you need to know about all 4 forces of flight, how they interact and what happens in various flight phases.

The Principle of Flight

The four forces making up the principle of flight are lift, weight, drag, and thrust. The forces all interact together to determine an airplane’s trajectory. Lift and weight are opposing forces, as are thrust and drag. All are equally important, and they must be balanced to maintain level flight.

While the 4 forces oppose each other, they don’t all act exactly the opposite.

Once you know about the principle of flight, and the four forces, understanding what happens to the airplane is relatively easy. Knowing a little about how a wing generates lift can also be beneficial. And for that, we need to refer to a gentleman called Daniel Bernoulli.

What is Bernoulli’s Principle of Flight?

Bernoulli’s principle of flight is a simple concept to understand. Bernoulli’s theory states that if a fluid flow speeds up, there is a pressure drop. Air acts just like a fluid. For aviators, this means that if the air is sped up above a wing, then there is a lower pressure above the wing than below.

This speeding up is caused by the wings camber, a fancy aviation term that means ‘curved on top’. A curved line is longer than a straight line, meaning the air must travel further to get to the wing’s trailing edge.

Or, to put it in really basic terms, the air speeds up.

What do you think happens if there is high pressure beneath the wing and low pressure on top?

The wing moves up into the area of low pressure, and we call this force lift.

What are the 4 Principles of Flight?

Four forces work together to determine an aircraft’s behavior. Lift, weight, thrust and drag. These forces, in isolation, are relatively simple to understand. Once you know about them, their interaction and effect on an airplane are relatively straightforward.

Below you will find a list detailing each principle of flight. We will explain the direction in which the force acts, its opposing force, and the factors that affect how great the force is.

Before we begin, it is useful to briefly discuss a couple of terms that will help our understanding of the principle of flight. We’ll be using them often.

To keep it simple, a ‘vector’ is an imaginary line that has two characteristics: –

That’s it! Vectors can combine to produce resultant forces.

Resultant forces are the combination of two vectors.

Two vectors at 90 degrees to each other form two sides of a right-angle triangle. The hypotenuse is the resultant force.

To keep it simple. If you increase any vector, the resultant force will grow.

Why do we need to know about resultant forces?

The easy answer is that no principle of flight exists in isolation. They all interact. Understanding resultant forces make it easy to determine what will happen to the aircraft.

Here are the four forces involved in the principle of flight, their effects, and how they work.

Vector Acts Through: The Center of Pressure

Vector Direction: 90° to the relative airflow

Okay, so it’s a little obvious, but the lift is a good place to start as we are talking airplanes.

Lift acts through the center of pressure and at 90° to the relative airflow.

Remember that last sentence. It’s important. We’ll explain why in a minute.

Wings aren’t entirely equal and change in shape from the root to the tip. As a result, they generate different amounts of lift. The center of pressure describes the sum of these different amounts. It is often expressed using the wing’s chord line as a reference.

You would be forgiven for thinking that lift always acts straight up.

Remember what we said above? Here, let us repeat it. Lift always acts 90° to the relative airflow. Normally this is the forward direction in which the wing is moving.

So, if the airplane is inverted, the wing would actually generate lift in a downward direction. Likewise, if it was flying vertically straight up, the lift vector would act towards the horizon!

Why is this such an important concept to understand?

Because where the lift vector is oriented has a huge impact on how the aircraft behaves. While it can act opposite to weight, it can also work in the same direction or requires the application of another force to ensure sustained flight.

Check our section below on straight and level and climbing and descending to see really excellent examples.

Vector Acts Through: Center of Gravity

Vector Direction: Always towards the Center of the Earth

Every item is summed together to make up how much the aircraft weighs. But where does this force act?

Easy, through the center of gravity.

It is vital to note…

The center of gravity always acts towards the earth’s center, regardless of the aircraft’s attitude or orientation.

Vector Acts Through: Center of pressure, 90° to the center of the lift vector

Drag acts in a rearward direction, opposite to the direction in which the aircraft is traveling.

Drag is made up of numerous parts. Some are caused by the shape of an object moving through the air (form drag), whereas others come as a by-product of lift (induced drag).

You can read more about drag here. (NEEDS LINK)

Vector Acts Through: Center of Thrust

Vector Direction: Forward in the direction that the engine is pointing

The thrust vector acts in a forward direction and is normally generated by the airplane engine. By adding thrust (by pushing the throttle forward), we can increase the thrust vector, making the aircraft move faster.

By now, the eagle-eyed among you will have gathered that changing one of the vectors will affect the others.

But here’s the thing (and it’s what makes flying so fun).

An airplane is super dynamic. It can move in three dimensions with unlimited possibilities! And explaining each and every possible combination is almost impossible.

We need a starting point where we can easily see what is going on when considering the principle of flight. From there, we can explain what happens when something changes in basic terms.

And we call that point…

Straight and Level – The Balanced 4 Forces

So, we are sat on a flight, on the cruise, staring out of the window with a coke in one hand and a pack of nuts in the others.

While it’s nice inside the airplane, let’s think about what is going on outside the aircraft. It’s all about being balanced.

Straight and level flight is the perfect example of what happens when all the flight forces are in equilibrium.

Before we look at the principles of flight, let’s think about what happens when we fly straight and level. In the most basic terms: –

That can only mean one thing.

Every force is equally matching its opposite.

To visualize this concept, imagine a simple cross running vertically and horizontally. The vertical axis represents lift and weight. The horizontal axis, thrust, and drag.

All the lines or ‘vectors’ are the same lengths.

See, we told you it was easy!

Got a general concept? Let’s throw a climb and a descent into the mix and see what changes…

What Are the Forces of Flight in a Climb?

To climb, two things need to happen when discussing the principle of flight: –

To do this, the pilot does two things: –

Imagining our ‘cross’ we described above, two of the lines increase in size. Two vectors (lift and thrust) increasing cause a resultant force.

What direction do you think this resultant force acts in?

“Up” is the correct answer. However, there is a little more to the story…

Remember what we said about the direction of the lift vector and where it is oriented?

It is at 90° to the relative airflow.

If the airplane is climbing, the wing has a higher angle of attack, and therefore the lift vector is not, in fact, pointed straight up.

We can also surmise that it is not acting directly opposite to the weight vector (which always points straight down through the center of gravity).

But, above, we said that the lift vector must exceed the weight vector for the airplane to ascend?

The thrust vector generally acts in the direction the airplane is pointing. With the nose raised, the resultant force of the thrust and lift combines to overcome the weight, causing the airplane to climb.

What Are the Forces of Flight in a Descent?

The flight forces in descent are easy to understand.

The airplane wing is generating some lift, but this is exceeded by the aircraft’s weight. The thrust vector will also be small, and if the airplane is pointed the nose down, the resultant force of the thrust and weight combined will exceed the lift produced.

Again, it is important to note that the weight vector always acts straight down. So, unless the lift and thrust vectors (or the resultant force of the two) exceed the weight, the airplane will always descend.

Want proof of the above concept?

This is because when the airplane is rolled, the lift vector points in a direction that is not directly opposing the weight vector. If you didn’t apply power and back-stick, the airplane would turn, but it would also descend!

The principle of flight isn’t too complex. There are only 4 forces to remember; lift, weight, thrust, and drag. These forces interact and are all linked. How they are combined determines the behavior of the airplane. The aerodynamic theory doesn’t have to be complex. Want more proof? Check out our online courses. They make learning aviation theory really easy, and you can even complete them at home!

How to Calculate Your Descent Profile (Airplane Pilots) 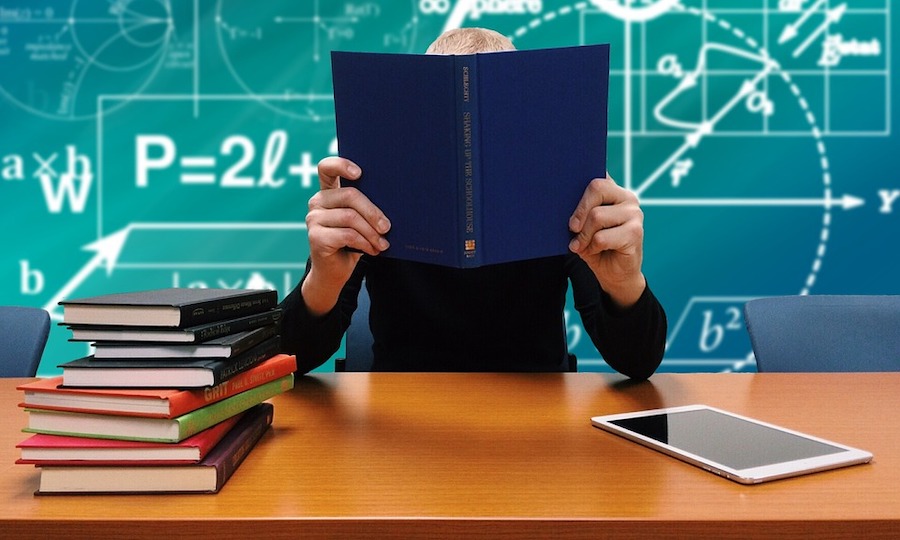