Unintentional aircraft stalls are, thankfully, quite rare. With a little basic knowledge, stalls can be prevented. But just what is a stall? Well, by going into detail, as we will in this article, you’ll be in a good position to recognize what causes a stall. Perhaps more importantly, you’ll also learn how to recover. Here’s what you need to know.

Most, if not all, winged aircraft can stall. In recent years, the most famous example was the Air France A330 crash, where the aircraft stalled over the Atlantic. Had the correct stall recovery procedure been applied, there is a good chance that the aircraft could have recovered.

The best way to understand how to recover from a stall is to understand what causes it in the first place. We will need to take a quick look at how aircraft wings work…

Understanding Aircraft Wings and How They Work

While some aircraft wings have many parts, they all work in the same way.

To generate lift, a wing requires air to be flowing over it. When you look at a wing from the side, you will notice that it has a curved upper surface. This is crucial to generating lift.

As the wing makes its way through the air, it separates the air molecules.

And here’s the thing…

Air is actually really sticky. And it doesn’t like to be separated.

The molecules going over the curved upper surface of the wing have to move more quickly to reach the trailing edge at the same time as the molecules passing under the relatively straight underside of the wing. When air moves more quickly, it creates lower pressure.

Low pressure on top of the wing, relatively high pressure beneath. This creates a pressure differential, and we call this differential lift.

3 things can influence the amount of lift produced by a wing: –

As a general rule, the bigger the wing, the more lift it will produce. This is precisely why small light aircraft have tiny wings, and huge aircraft, like the Airbus A380, have colossal wings. Bigger wings produce more lift, which means they can hold larger aircraft aloft.

Most aircraft feature something called flaps. These are retractable surfaces used to temporarily increase the wing’s size and generate lift at slower speeds.

The Speed of the Wing Through the Air

When a wing is moved forward through the air, it generates lift.

By increasing the aircraft speed, the lift is increased.

The Angle of Attack

This is a big one.

The angle of attack is the only factor that matters when discussing the stall. It is a crucial point that must be understood.

What is the angle of attack?

The angle of attack is the angle of incidence between the incoming airflow and the wings cord line.

Because wings are curved, we need a point of reference to measure how they are presented to the airflow. Curved lines aren’t consistent or easy to measure. To get around this, we use the chord line. Quite simply put, this is a straight line that intersects the wing from the frontmost point to the trailing edge.

Generally speaking, the greater the angle between the incoming airflow and the cord line, the more lift is produced.

As you will soon see, there is a limit to how much lift can be produced…

What is An Aircraft Stall?

Now that we understand how a wing generally works, we can move forward with confidence in discussing the stall.

Remember how we talked about there being a limit as to how much lift can be produced by increasing the angle of attack? This limit has a name, and it is called the critical angle.

Once the critical angle is exceeded, bad things happen. Namely, the wing rapidly stops producing lift, and the airflow over the wing separates from the surface.

The name for this is a stall.

Regardless of how much further the pilot ‘pulls back,’ the wing still won’t produce much lift, which is then promptly exceeded by the force of weight (gravity). The end result is that the aircraft will quickly descend.

Fortunately, this occurrence is rare. The main reason is that, during flight training, pilots are shown the stall and how to avoid it and recover from it. It normally isn’t subtle either.

Here are some easy ways to recognize the stall.

What Happens During a Stall? 5 Signs of Aircraft Stall

If you stall, you’ll know about it. Any of the following could be an indication of the stall.

The flight control surfaces of the wing are normally subject to the force of the air passing over them.

Remember how we said a stall occurs when there isn’t enough airflow going over the wing to sustain flight? What is true for the wing is also true for the flight controls.

Without air flowing over them, the flight controls become unresponsive. Large movements on the yoke or stick produce little to no effect, giving them a ‘mushy’ feeling.

It stands to reason that if the air isn’t flowing over the wings, it isn’t flowing elsewhere either. Normally, the cockpit can be quite noisy, with airflow roaring all around. During a stall, this phenomenon is less, so the cockpit could be eerily quiet.

There is a marked and rapid loss of lift with the impending stall. The airflow separates from the curved upper surface of the wing. It also becomes turbulent. This turbulent air will then hit the aircraft’s tail section, causing bumps and buffeting that are easily felt in the cockpit.

Many aircraft comes fitted with a stall warning device. When the wing begins to exceed a certain angle of attack, a small flap is raised, completing an electronic circuit that sends a signal to a horn or bleeper in the cockpit.

Older aircraft may have an angled tube that emits a whine or whistle when the airflow reaches the critical angle.

When the wing is stalled, the airflow separates, and there is a dramatic loss of lift. As a result, the airplane will begin to descend.

Many are caught out by the stall because they don’t want the aircraft to descend further, so they pull back on the stick.

Can you guess what happens?

There is only one way to stop a stall. Here’s how to do it.

How To Recover from a Stall?

While each aircraft is different, a common technique is used to stop a stall. In fact, it is the only technique that will work.

Remember this recovery as it may one day save your life.

To stop a stall, the angle of attack must be reduced below the critical angle.

If the wing is stalled, you have to pitch the nose of the aircraft down.

By pitching down, you produce the following results: –

The Federal Aviation Administration offers excellent guidance on stall recovery; you can read more about it here.

In brief, the full recommended stall recovery procedure is as follows: –

It is well worth noting the following too. The stall is a relationship between the wing and the oncoming airflow. It has nothing whatsoever to do with the horizon. Aircraft can stall in any attitude and any flight phase.

If you are descending and the aircraft is stalled, you will still need to push forward to reduce the angle of attack!

We guarantee that every pilot who has inadvertently stalled didn’t start their day with that intention. It can be remarkably easy to do. Here are the prime ‘danger areas’ and reasons people stall aircraft.

Pulling Around Turns During the Approach

When making your approach, there are two things against you that make stalling a very dangerous prospect: –

These two factors can combine to produce a sticky situation. Pilots often have their eyes fixated on the outside world, trying to pull the aircraft around and align with the runway without watching the airspeed.

Wait, we said that the stall was a function of angle of attack and not airspeed, right?

But, remember, we also said that with an increase in speed comes an increase in lift. Pilots tend to pull back to maintain a level of flight even as the speed decays.

Less speed = less lift = more backpressure on the stick or yoke… This leads to the critical angle being exceeded and a stall!

Thankfully this is exceptionally rare. If ice forms on the wing, it can seriously degrade how much lift the wing can produce. Due to the random nature of ice formation, it can’t be predicted, and the aerodynamic characteristics of the wing can go out of the window.

Or, to put it another way…

The unlucky pilot actually becomes a test pilot, flying with a wing that has never been used before.

What feels ‘normal’ to the pilot is anything but, as the wing has an unconventional curvature, making a stall much more likely. Add the increased weight of the ice to the aircraft, which is a recipe for disaster.

Sometimes pilots do everything right and still end up stalling.

Aircraft upsets and turbulence can quickly make the wing exceed the critical angle of attack.

What could cause this to happen? Well, here’s a quick list: –

Sadly, stalls can sometimes be a secondary fault following a different failure.

In the (very rare) event of engine failure, light aircraft can glide a significant distance. However, there is obviously a limit.

Many pilots will try to ‘stretch’ the gliding range of an aircraft, often in an effort to reach the safety of a field over a different landing site, with dramatic and dangerous consequences.

Often a stall comes when a pilot ‘pulls up’ sharply to avoid an obstacle or terrain. Sadly, as we have seen, if the aircraft stalls, this has the opposite of the desired effect, with the aircraft descending rapidly instead of climbing to safety.

What is the stall? As we have learned, it is quite simply the airflow separation from the wing when the critical angle is reached. Thankfully, stalls are rare. If you are considering flight training, you will almost certainly see one, as it will be demonstrated by your flight structure to show you how it looks and feels. Stalls aren’t the only thing you need to know. Why not look at our course preview to see how much more you could learn! 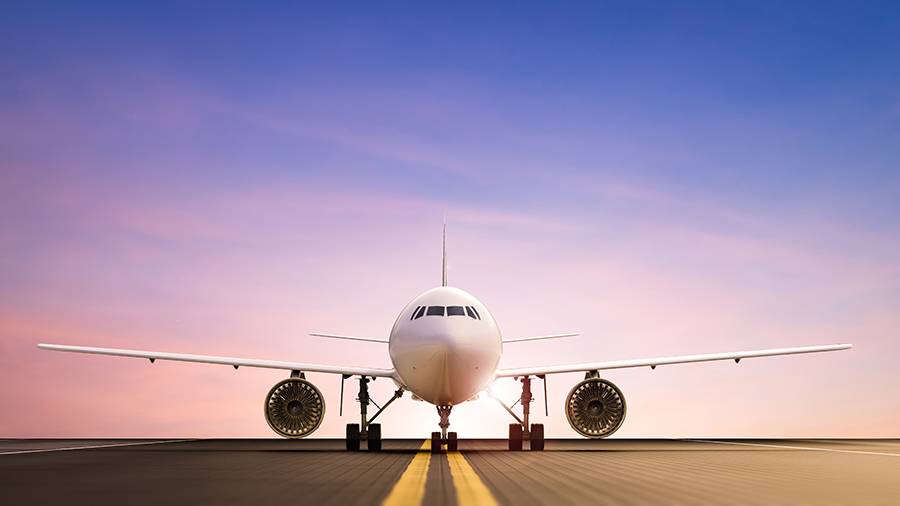 How Do Magnetos Work?