The idea of the engine failing in a small single engined plane is very frightening to some people. To those who don’t know, it might seem that there is nothing you can do and a crash is inevitable. But this is not the case. If the engine fails, it is possible to land the aircraft safely, as all planes glide, even without an engine.

Dealing with engine failure is an important part of the PPL course. During their training students practice landing after a simulated engine failure, until they know exactly what to do should the aircraft engine fail for real.

We will now go over in detail how this is done, but let us look first at the possible reasons why the engine in a plane might fail.

It might seem hard to believe, but one of the most commonest causes of engine failure is running out of fuel. This is because the fuel gauges in small aircraft are notoriously unreliable. So pilots really need to check the amount of fuel carefully by dipping the tanks before each flight, rather than relying on the reading of the gauges. After that they should calculate how much fuel they have left, and how much they need for the proposed flight, then adding a generous margin for emergencies, weather changes, and so on.

Fuel starvation can sometimes happen if it is necessary to manually switch between the two fuel tanks in the wings, as is the case in some small planes. It is very easy for the pilot to forget to do this, and the engine could stop simply because one fuel tank has been exhausted, when the other tank is still full. If this is the case, all that is required is to recognise the problem and change to the other fuel tank of course.

Another common cause is induction or carburetor icing. It is necessary to manage the application of heat during different phases of the flight to avoid this happening. But pilots may forget to do this, particularly if they are busy or distracted.

Other causes of engine failure are less common, but include a problem with engine oil, or some other type of mechanical failure. But whatever the cause, all pilots need to know exactly what to do if the engine does fail.

What to do it the engine fails – first actions

If the engine fails, the first thing to do is fly the aircraft! Don’t worry about identifying what is wrong, or about trying to restart the engine or make a radio call. Those can be dealt with later if there is time. The only important thing is to keep the plane flying. So you should put the aircraft into a glide at the best angle and best speed for your particular plane. These are something you should know in advance.

After that the aircraft should be carefully trimmed for that speed and glide angle. This will significantly reduce the pilot’s work load, which is important as there is now quite a lot that needs to be done if the aircraft is to land safely.

Looking for a landing site

The next thing to do is to look for a safe landing site. Ideally you will have been flying with the possibility of engine failure in the back of your mind, which means that you will not be flying over a congested or built up area, and you will have quite a wide choice of fields in which to land. If you are unsure of where to find a good landing site, turn downwind, so that you can cover a large amount of ground while looking for a landing area.

You now need to select a suitable field. Many PPL students are taught the ‘five Ss’ as a way of assessing the suitability of fields. These five Ss are size, shape, surface, slope, and surroundings. In other words, you need a large field of a sensible shape, and it should be flat, with no high crops in it, and no large obstacles to be cleared.

You now need to work out how to land in the middle of your chosen field. You need to plan an approach and pattern which will bring you safely to the middle of the field for touchdown, as this allows you some space for error.

Only when all of this is done should you start to consider a possible engine restart, and a mayday call on the radio.

Once you are safely established in a glide which you know will enable you to reach your chosen field, can you can take sensible steps to restart the engine. You may only need something as simple as the application of carburetor heat or to change fuel tanks. If this is the case, well and good, and you can fly away safely.

If it is something more complex than that, then it is best not to waste time bothering. I was always taught that if carburetor heat or changing fuel tanks did not work, you should not try anything else, but should just concentrate on landing the plane safely.

Putting out a mayday call on the radio

Putting out a mayday call will hopefully draw attention to your plight, and it means that the emergency services can be alerted, so that someone will be there to help when you land, or at least well on the way. The mayday call taught during the PPL course is quite detailed, and this is fine if you have time for it. But if not, don’t waste time and get distracted from your primary task of flying the plane. Simply give ATC your callsign and position if that is all you can manage. There is not much point in telling them your altitude, as it will be constantly changing!

ATC may well have lots of questions for you as they try to assist, but simply telling them to “stand by” if you are busy trying to get into your field, is quite appropriate and will not cause offense.

Once you are committed, and you know you can reach the field safely, you can start to do shutdown checks if time permits. Turn off the fuel and the engine, as you do not want the engine to suddenly and unaccountably start up at very low level, which has occasionally been known to happen. But ensure the electrics remain on, to enable electrically operated items such as flaps and the radio to operate.

If there is time, brief your passengers for the emergency landing. Of course, they should have been briefed before the start of the flight, but they will probably not remember everything by this point.

From the 1000 foot point, the approach becomes the same as the glide approach exercise which you will have practiced during the PPL course. Be too high if necessary, rather than too low. You cannot gain height, and on no account try to stretch the glide. But if necessary you can lose height, by doing S-turns, side slipping, or even orbiting.

Once you are certain of reaching your aiming point, you can use flaps if necessary. After that try to land as slowly as is safe, particularly if the field is soft or at all uneven, or has crops in it. But remember, your primary objective is to survive the forced landing; saving the aircraft is a bonus!

Engine failure after takeoff is one of the most difficult emergencies to deal with. After all, the plane will be climbing, and at a low altitude.  If the engine fails in this flight configuration, then making the right decision quickly and correctly is essential if a safe landing is to be made.

The first thing to say is – do not under any circumstances try to turn back to the runway you have just left. It is a very tempting thing to do; after all, there is that lovely long, wide runway, just behind you! However, it has been shown many times that this is what is known as ‘the impossible turn’. You will simply lose too much height in the turn, and landing short and crashing is almost guaranteed!

You need to quickly select the best glide angle and speed. This will involve a significant pitch change, ie quickly lowering the aircraft nose. You now need to land the aircraft directly in front of you or a little to one side, even if the site is not ideal; there will be no time for much else. If there is a significant crosswind, you can also consider landing into wind.

There will be no time for an attempted restart, and probably not enough time for shutdown checks or even a mayday call – although the last of these is a good idea if at all possible. Hopefully someone at the airport will have seen your plight and alerted the emergency services anyway.

Some notes about planes with more than one engine

Of course, if you are flying a twin and one engine fails, you are in a much better position. However, landing a twin engined aircraft on one engine is not easy, and requires specialist training. Some aircraft are easier to land with only one engine than others. Indeed, in some types pilots joke that the remaining engine simply enables you to fly to the crash site!

Of course, in the even of running out of fuel it is possible for both engines to fail! If this happens, you would be in the same position as the pilot of a single engined aircraft.

Prevention is better than cure

Of course, the best way to deal with engine failure is not to have one in the first place. So firstly, always ensure your aircraft is well maintained. Check your fuel carefully before each flight, and make sure you are familiar with occasions when the application of carburetor heat is necessary.

If you do all these things, you are unlikely to have an engine failure. But also make sure you are in current practice, and revise the forced landing exercise at frequent intervals.

Engine failure is actually very rare. It is not something a pilot should worry incessantly about….but it is a possibility he or she needs to always be aware of. For this reason students are taught to always fly at a safe altitude. This means that in the event of an engine failure they have time to take all the necessary actions, and to find and land on a suitable landing site.

If the pilot does this, everyone should be able to walk away safely from the plane, with nothing to show for the rather too exciting experience. And that of course is what everyone wants to happen. 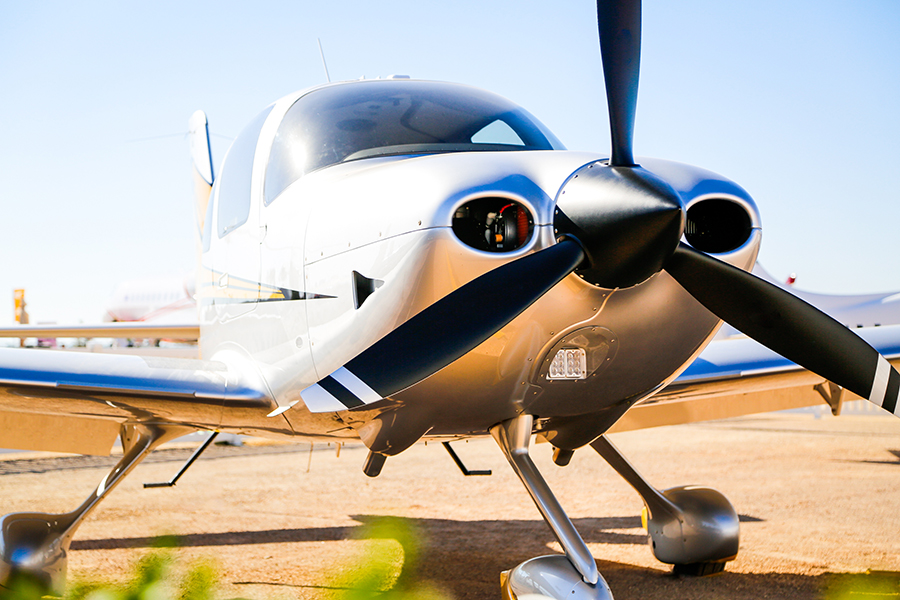 How Does a Constant-Speed Propeller Work? 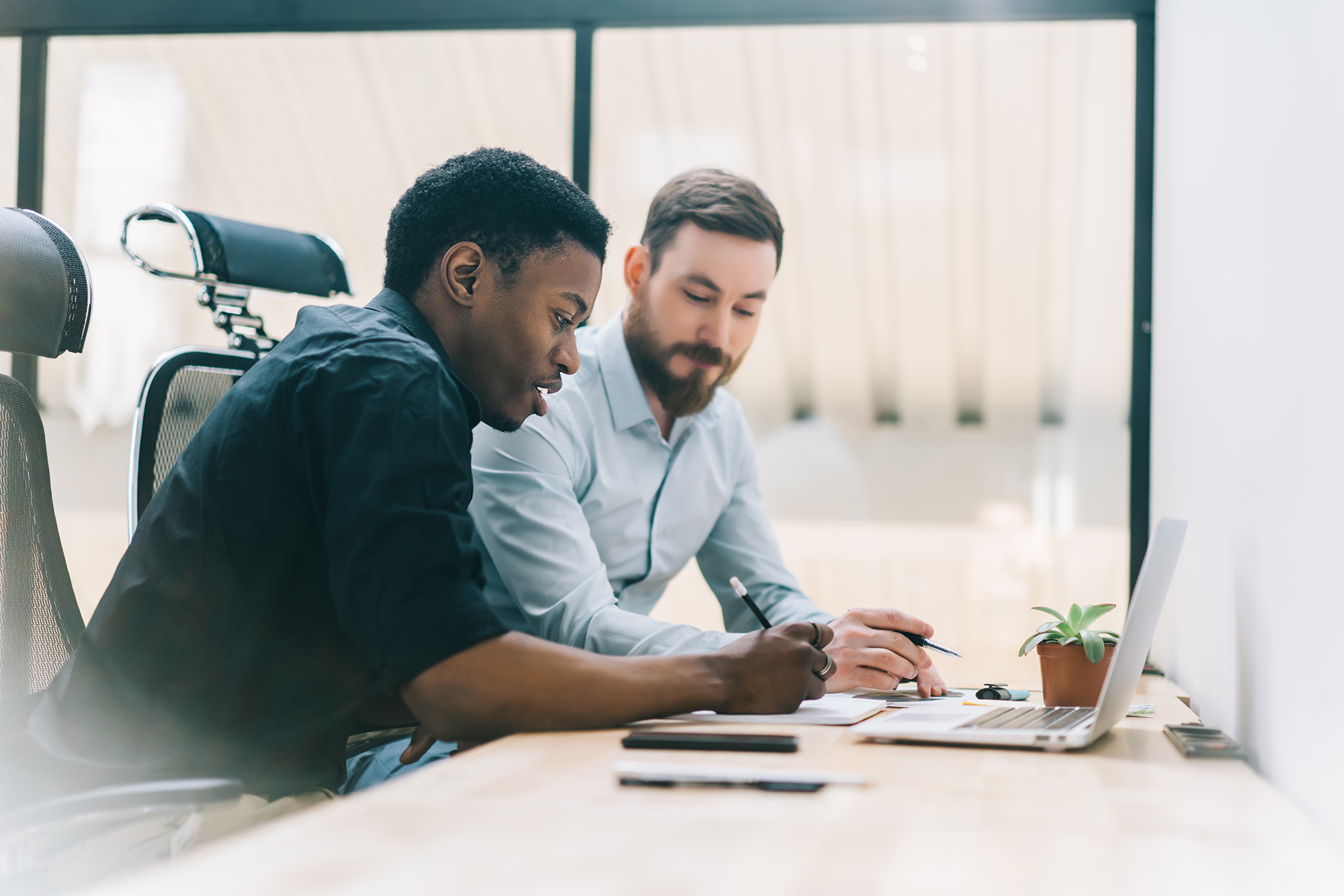 Altimeter Vs. GPS Altitude in Aviation