Professional mapping, surveying, or modeling are some of the most lucrative gigs for commercial drone operations. These applications are useful for a host of different industries including construction, real estate management, and urban planning among others.

However, this is a field that you likely cannot excel in without some proper training. In this article, we will tackle one of the most basic lessons – defining how mapping, surveying, and modeling are distinct from each other.

If this is a topic you’re interested in learning in greater detail, Pilot Institute offers these three courses:

You can also sign up for all three courses via this 3-course bundle. This bundle offers better value for money and provides a more thorough discussion of the three interrelated disciplines.

Mapping, as the name implies, is the process of generating a map using data and images collected from the project site. In the context of drone flight, this is done by taking a series of georeferenced aerial images and then stitching these images together using special software.

Most drone mapping applications are based on the photogrammetry technique. This involves capturing overlapping images over the entire extent of the survey area and then stitching them together. By identifying repeating features in overlapping images, photogrammetry software can deduce the size and shape of individual features. This is useful for identifying the height of infrastructure and any geological features on the map.

Drone mapping is a fairly straightforward process. The drone can fly along several straight lines covering the survey area while continuously capturing still images. This process can be easily automated using any of a host of drone flight planning apps. Automated flight features are likely more dependable for mapping than doing manual drone flight.

Aside from generating a point cloud model of the survey area, photogrammetry also captures high-resolution images. These images can then be draped over the point cloud, making for a much more visually pleasing map.

A major advantage of photogrammetry as a mapping technique is that it can be done by just about any drone with a GPS receiver and a good camera. Of course, some drones are better equipped for this job than others – the Phantom 4 Pro is still considered one of the best drones for mapping even today.

Another mapping technique, called Light Detection and Ranging (LiDAR), uses pulses of non-visible light to determine the size and shape of ground features using time-of-flight techniques. Although an excellent method for terrain mapping, LiDAR sensors are much more specialized and more expensive.

Aside from flight planning, mapping also requires a working knowledge of how the data is processed.

The distinction between mapping and surveying is tenuous at best. Although very closely related to each other, mapping can be described as the more “theoretical” side of the practice while surveying is the more “practical” side. Some people also consider mapping as the overall process, with surveying the sub-process that refers to data collection.

Surveying is a discipline that has more to do with what actually happens on the field. It still requires a good understanding of the fundamentals of mapping such as GPS technology, photogrammetry, and coordinate systems. However, surveying as a discipline is more focused on field practices to get the best results from mapping.

The objective of surveying is to determine the location of positions or points on a terrestrial surface and determine the distance and angles between them. Surveying is a well-established practice with standard procedures based on scientific principles. There are several ways to perform surveying ranging from purely ground-based methods to the use of airborne equipment, such as drones.

A critical part of airborne surveying is the establishment of ground control points (GCPs). These are pre-determined points in the survey area that serve as “anchors” for the generated map. High-precision GPS measurements are taken from these GCPs and they have to show up clearly on the aerial photos. The proper practice is to mark GCPs with high-contrast and high-visibility markers which then have to be staked in place.

Knowledge of Real-Time Kinematic (RTK) and Post-Processing Kinematic (PPK) technologies also come in handy during surveying. These are both correction workflows that some drones come equipped with. They allow for more accurate geo-location of aerial images by correcting the drone’s location with the location of a fixed base station.

The only major difference is that RTK allows for real-time location correction while PPK allows for correction post-survey. RTK might seem like the superior option but it requires a stable connection between the base station and the RTK module, which may not always be an option in some survey areas. PPK is a more flexible workflow and is a good backup when communication signals are not very reliable.

Flight maneuvers also come into play during surveying. Advanced techniques like Terrain Follow also help in ensuring that aerial imagery is captured in a consistent manner, especially in survey areas where there is a large variation in terrain. This is something that you will need to consider in your choice of drone flight software, as not all of them have Terrain Follow modes.

As the data collection step of the mapping process, surveying is an invaluable part of ensuring the quality and accuracy of the final generated map. The old industry adage “garbage in equates to garbage out” definitely applies to mapping and surveying.

Modeling is a practice that is quite similar to mapping but is different enough to be called a different term. The goal of modeling is to create “digital twins” of real-world objects. In a way, mapping is merely a subset of modeling, as modeling can apply to just about anything – small handheld objects, people, and buildings to cite a diverse set of examples.

Even in the case of drone-based modeling, there is still a fairly wide set of applications. From an aerial perspective, drones can be instrumental in modeling skyscrapers, construction project sites, or even the site of a traffic accident. This creates digital twins that allow for any number of different perspectives and measurements of distances, areas, volumes, and angles.

With so many different scenarios, it follows that automatic drone flight is not such a widely used technique in modeling. Manual flight and photography techniques are more common in this craft. The goal here is to provide as much data to the modeling software as we can by taking images of the subject from several different angles, making sure to highlight small details, and maintaining good lighting.

Having good photography skills is a huge benefit to modeling. Subjects tend to have different lighting conditions depending on the angle – some parts may be more exposed to natural light while others are hidden in shadows. To ensure consistency in the images, you may need to play around with exposure or shutter speed settings. You might even consider shooting in RAW so you can adjust exposure values in post-processing.

In contrast to mapping, modeling will typically involve adjusting your drone’s gimbal almost constantly. We have learned from the fundamentals of photogrammetry that it is best to capture images of the subject from several different angles. This means having to manually control both the position of the drone and the gimbal angle.

It is also common to encounter modeling projects that will involve more than drone imagery. In some cases, aerial images are combined with images captured from the ground using a standard DSLR camera or even a camera phone. Again, the type of hardware used is less critical than knowing the optimal angles and conditions needed to generate an accurate digital twin of the subject. T

here is also a different set of software platforms suitable for modeling compared to mapping. Creating digital twins often involves creating dense cloud points with an emphasis on the accuracy of smaller details. These photogrammetry programs are more well-equipped for stitching together images taken from a much wider variety of angles.

Drone mapping is a very lucrative and highly productive field that professional drone pilots can get into. However, there is some confusion when it comes to using the terms mapping, modeling, and surveying. Hopefully, we have provided some clarity in differentiating these terms.

While mapping and surveying are two very closely intertwined terms, modeling represents a significantly different discipline. All of these can still be done with drones, but they also all require a certain level of expertise and experience. 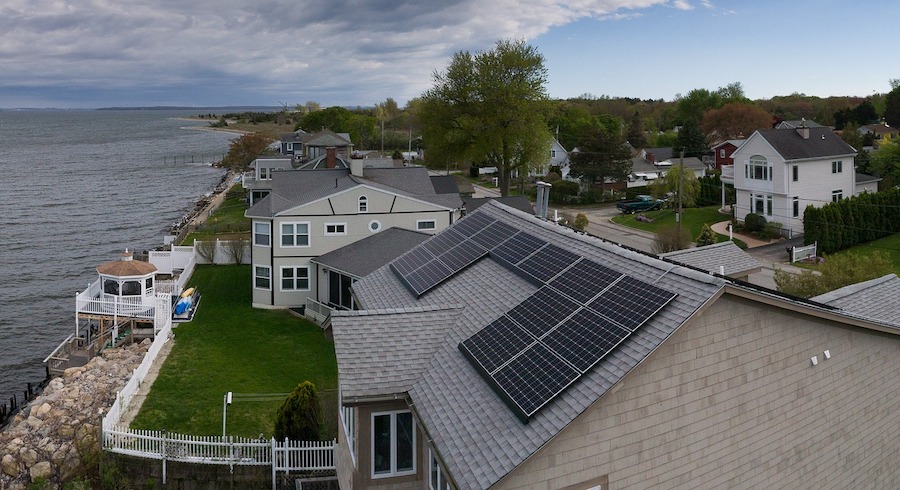 Rules for Foreigners Who Want to Fly Drones in the US