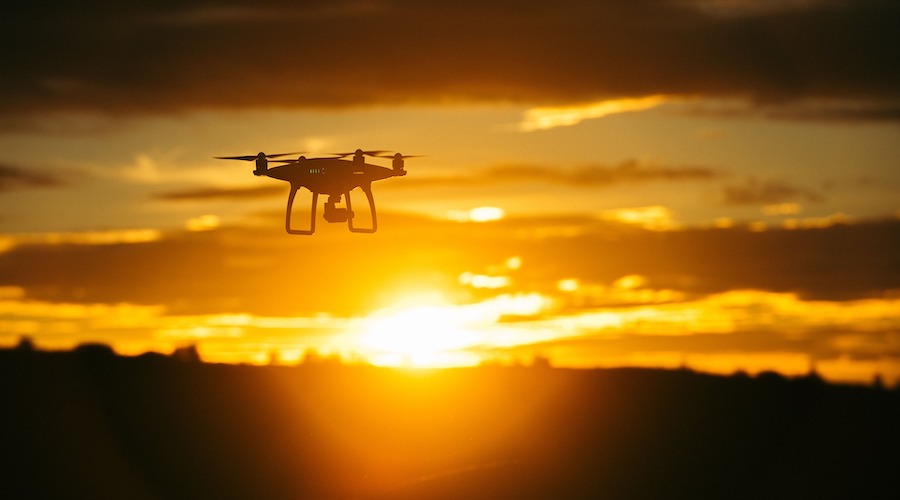 Stricter rules on drone flight may seem jarring for pilots who have been flying their drones for close to a decade, but the current climate created by increased accessibility to drones have made them necessary. Not only are drones normally restricted from flying in controlled airspace, but they must also stay away from crowded areas, be grounded during night-time, and fly only within a 400-foot altitude ceiling.

The altitude limit for drone flight remains a particularly ambiguous rule because of the exceptions and the lack of compliance. Because of this, some drone manufacturers have started to implement a software-based limitation on their drones that prevents them from gaining more than 400 feet altitude. How exactly does this feature work?

The rule that sets a maximum altitude of 400 feet for drone flight has been around for quite some time yet has been quite contentious up until a few years ago. The rule is based on the minimum cruising altitude of manned aircraft, which is 500 feet. The FAA deems that the 100-foot buffer is enough to avoid close encounters between manned aircraft and drones.

The rule is particularly crucial in areas where helicopter flight is common because helicopters tend to fly at low altitudes.

As we shall see later, this information is critical to determining the specific mechanics of the 400-foot rule on drone flight and the corresponding exceptions

Are there different rules for professional and recreational drone pilots?

Let’s tackle the altitude rule for recreational drone pilots first because it’s much simpler. Before the FAA Reauthorization Act of 2018, the rules that governed recreational drone flight were simply called “guidelines,” making them prone to non-compliance. However, implementation of the rules became required when the FAA Reauthorization Act was passed.

For commercial drone pilots licensed under Part 107, the rule is quite similar with one major difference: according to the rule, a pilot can fly their drone above 400 feet if they are within 400 feet of a structure.

The exception was added so that commercial drone pilots can offer services such as inspection of cell towers, skyscrapers, and industrial equipment. The justification is that manned aircraft will still clear of these tall structures, making it perfectly fine for drone to fly around them at higher altitudes. Licensed drone pilots are also expected to be skilled enough to handle such circumstances.

Are there drones that prevent you from flying above 400 feet?

For the most part, compliance with the 400-foot rule is a voluntary matter. There is no existing mechanism for the FAA to monitor if there are drone pilots, licensed or otherwise, who will fly above this altitude limit. That is well and fine until you get into a close encounter with a manned aircraft, for which you could be facing heavy penalties if the FAA can identify you as the drone pilot.

To help in compliance with this rule, most high-end drones sold today come with a default max altitude setting equivalent to exactly 400 feet. The drone measures this from the point where you take off, so it’s possible to be at the top of a skyscraper and fly within 100 feet of the take off point even if you are already well above 400 feet measured from the ground. This isn’t a problem because this type of operation falls under the exception of flying near a tall structure.

A common example of this technology in practice is in the DJI drones, such as those from the Mavic line. If you dive deep into its settings, you will see that the maximum altitude is set by default to 120 meters or 400 feet. If you attempt to fly beyond this limit, the drone will simply stop gaining any more altitude and just hover in place.

The problem with this approach is that it doesn’t take into consideration the presence of any large structures within 400 feet of the drone which would have allowed drone flight beyond 400 feet. Of course, the drone has no means to detect or confirm the presence of such a structure, so it merely sticks to its pre-set limits.

To give drone pilots a bit of flexibility, most drones allow the maximum altitude limit to be changed. In the case of DJI drones, the limit can be changed to any value between 2 to 500 meters. Changing the limit will prompt you to confirm that you accept all responsibilities related to the change of the altitude limit.

If your drone comes with a developer kit, then you can disable the 500-meter max limit. Obviously, this is a solution that requires much more work and isn’t something you can do in the middle of a planned drone flight mission.

Other drone brands set different max altitude values. Yuneec drones can go up to 1000 meters and Autel drones can go up to 800 meters. Changing these limits is only a matter of updating the drone firmware so these values could easily already be inaccurate by the time this article has been published. However, if you have a brand-new drone from a reputable brand, chances are that its altitude limit has been set to the default value of 120 meters or 400 feet.

Should you be flying above 400 feet?

All this discussion begs the question: is there a compelling reason for flying above the 400-foot limit? If you fly drones professionally, then there are several drone jobs that will require you to alter the default altitude limit on your drone. You might be commissioned to take aerial photos of a tower, or to inspect the underside of a bridge. In both these examples, you’re flying within proximity of a structure which puts you in the clear both in terms of legal restrictions and airspace safety standards.

How about recreational drone pilots? With no applicable exceptions, they seem to be getting the short end of the stick when it comes to altitude restrictions. However, the capacity to go beyond the 400-foot limit within the proximity is one of the privileges that the FAA grants to Part 107-licensed drone pilots should they need the exception to provide their drone flight service.

On the other hand, recreational drone pilots probably have no business flying around industrial equipment or communications towers, especially if they have no permission from the owners or operators of these critical pieces of infrastructure.

Ultimately, the 400-foot altitude limit was put in place for the sake of airspace safety. The airspace beyond 400 feet is large and the chances of running into another aircraft are astronomically low, but the potential consequence of a drone crashing into a manned aircraft can be disastrous. We’re sure that no drone pilot would want to be the cause of a tragedy at that scale.

The altitude limit on drone flight has been and remains to be a point of great controversy among drone communities. Recreational drone pilots went from treating this “guideline” as a mere suggestion to having to follow newly enacted regulations with no exception. On the other hand, Part 107-licensed drone pilots are expected to follow this rule to the letter but enjoy the privilege of a few exceptions subject to certain conditions.

If you’re flying a drone from any of the reputable brands today, then you may have already noticed a firmware-bound feature that limits the altitude to which your drone can fly. This limit isn’t set in stone – practically all drones let you change the limit, possibly in anticipation of professional drone pilots needing the flexibility. 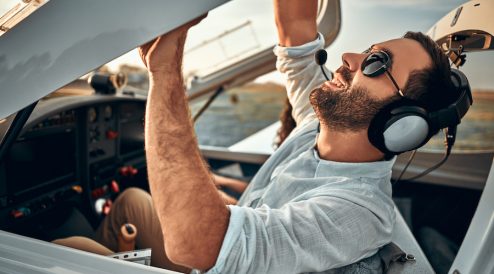 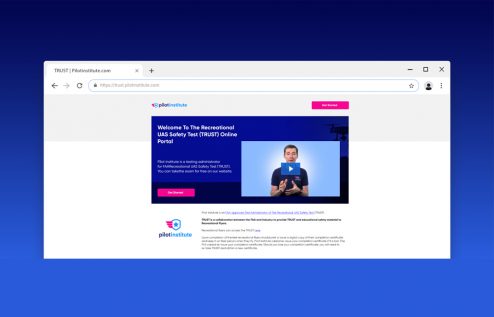 Which Topics are Covered by the FAA TRUST Drone Exam?

How Are Drones Being Used in the Security Industry?