Announced just a few days ago, the Mini 3 Pro is the latest in DJI’s line of below-250-gram drones. It is also arguably the best. With a visual redesign, obstacle avoidance sensors, a bigger battery, and a larger image sensor, DJI saw fit to make the Mini 3 the “Pro” entry of the Mini line.

If you own a DJI Mini 2, you may be wondering if the Mini 3 Pro is worth the upgrade. Should you start selling your Mini 2? Here are some things to think about before you come to a decision.

Just by looking at the numbers, we can already tell that the Mini 3 Pro is substantially larger than the Mini 2. The legs of the Mini 3 Pro are longer, and its main body is also bigger on account of a bigger motor and more sensors. Not to worry though, as the Mini 3 Pro, still weighs in at just below the 250-gram limit.

What is more visually stark is the fact that the Mini 3 Pro has seemingly undergone a huge re-design. While the previous entries in the DJI Mini line looked almost identical, the Mini 3 Pro looks very different.

The front arms of the Mini 3 Pro are positioned slightly lower than the rear arms. Looking at its profile, it is also noticeable that the arms angle slightly forward. This design contributes to the superior maneuverability of the Mini 3 Pro, which we’ll go into more detail on later.

Another noticeable detail is that the propeller arms no longer have legs that serve as the drone’s landing gear. Instead, there are a set of pads right underneath the main body of the drone that serves this purpose. This likely improves airflow and helps avoid damage to the propeller arms during landing. However, you will want to make sure that you land on even surfaces to avoid contact between the ground and the drone’s camera or propellers.

In terms of flight time, the bigger capacity of the Mini 3 Pro’s battery gives it an edge over the Mini 2. This advantage becomes much more pronounced should you decide to upgrade to the Plus version of the battery. The numbers quoted here are as advertised by DJI, but the results of real-world tests may vary.

With the Plus battery, the hovering time of the Mini 3 Pro can be extended to 36 minutes and 48 seconds. This seems like an underwhelming value considering that it is advertised to provide up to 47 minutes of flight time. However, having an extra ten minutes to keep a drone airborne is a benefit that most drone pilots will appreciate.

However, there are a lot of good reasons to fork over the extra cash to get the new controller. The DJI RC has an integrated screen, no antennas, has an excellent form factor, and comes with the upgraded OcuSync 3.0. The DJI RC is a huge upgrade to the RCN1 in almost every single aspect, including a more crisp live video view and a larger transmission range.

The only major flaw of the DJI RC controller is that it does not come with an HDMI out port. If you need to stream the live video feed to an external device, then you will need to use another controller. It is also not possible to install third-party apps on the DJI RC, including those used for mapping.

It takes only a quick look at the values to conclude that the Mini 3 Pro has a massively upgraded camera compared to the Mini 2. The improvements are across the board. The camera of the Mini 3 Pro has a larger sensor, can shoot at higher resolutions, is supported by a higher bitrate, and has more options for professional users.

The Mini 3 Pro now supports video recording at 4K resolution and 60 fps. It can also do slow-motion videos at 1080p resolution. The wider aperture and ISO values make the Mini 3 Pro camera more useful when shooting in low-light conditions – a great tool to have now that flying drones at night has gotten easier.

The Mini 3 Pro now comes with an HDR mode for shooting scenery with challenging lighting. If you prefer to have more control over exposure values, then you can shoot in AEB mode as well. The Mini 3 Pro expands on the AEB feature of the Mini 2, allowing you to shoot more bracketed frames.

The Mini 3 Pro comes with a D-Cinelike color profile, something that was typically reserved for DJI’s high-end camera drones. This color profile is excellent for preserving shadows and mid-tones, allowing for a greater range of colors in the final output. The Normal color profile is still there, as it was in the Mini 2.

Both the Mini 2 and the Mini 3 Pro come with 3-axis mechanical gimbals. This has been one of the signature features of the Mini line that has elevated the drones above all the others in the sub-250g weight class.

While the gimbals of both the Mini 2 and the Mini 3 Pro allows the camera to look down at a 90-degree angle, the Mini 3 Pro adds the extra ability to “look up” to a 60-degree angle. This offers extra flexibility for shooting images and videos, especially if you’re flying the drone close to a large structure.

A nifty trick that the Mini 3 Pro can do is that it can shoot in portrait mode. While this does not seem groundbreaking, the new drone’s portrait mode does not just crop the usual landscape shot. Instead, the gimbal physically rotates 90 degrees, giving portrait shots a much wider field of view. This is a game-changer, especially now that many social media channels encourage the use of portrait shots.

One of the most striking and obvious new features of the Mini 3 Pro is its set of backward and front-facing sensors. This is a huge upgrade that gives the drone a true obstacle avoidance system. In contrast, the Mini 2 only has a downward-facing sensor that helps it determine its position when hovering close to the ground.

With its obstacle avoidance system, the Mini 3 Pro becomes substantially more beginner-friendly compared to its predecessors. It also comes with the Advanced Pilot Assistance System (APAS 4.0) which automatically commands the drone to fly above, below, or around an obstacle to avoid it.

The Mini 3 Pro can generate greater lift compared to its predecessors, largely because of its wider propellers. Another subtle but important benefit of this is that the Mini 3 Pro can generate lift at lower rotational speeds. This means that the sound of the drone is at a lower pitch, which is considered less disruptive by many people. In terms of decibel rating, however, both drones are similar.

The speed and wind speed resistance of both the Mini 2 and Mini 3 Pro are also equivalent. Both drones support a Normal Mode, Sport Mode, and Cinematic Mode. The unique angled design of the Mini 3 Pro does make it more responsive, especially when making quick directional changes. This is an aspect of flight performance that is difficult to quantify – you’ll just have to try it out for yourself.

The Mini 3 Pro retains all the camera features of the Mini 2 with an added Burst Mode made available for still photography. The usual suite of QuickShot modes is also there, as these have pretty much been a staple of DJI drones. The Mini 3 Pro has the bonus of having an Asteroid Mode, which is a pretty nifty mode that turns a scenery into a warped sphere.

What truly sets the Mini 3 Pro apart is its suite of Intelligent Flight Modes that have been made possible by its obstacle avoidance system. These features are designed to identify a subject and keep it in frame while the drone or the subject moves. This opens up a lot of possibilities for this small and mighty drone, particularly for those who aspire to capture action shots while hiking, running, or riding a bike.

If you already have an RCN1 controller from a previous DJI drone, you have the option of buying the drone only ($699) and pairing it with your existing drone. You can also choose to buy the Mini 3 Pro either with the RCN1 controller ($759) or the new DJI RC controller ($909).

In keeping with tradition, you can also get additional accessories for the Mini 3 Pro with the Fly More Combo and Fly More Combo Plus. These bundles are essentially similar in that they both include two extra batteries, a charging hub, spare propellers, and a shoulder bag. The only difference is that the Plus bundle comes with the Plus version of the Intelligent Flight Batteries.

It’s quickly obvious that the price of the Mini 3 Pro has moved it outside the realm of entry-level drones. This may be disappointing to some, considering that both the original Mavic Mini and Mini 2 were launched at below $500. This lower price tag undoubtedly contributed to the success of the first two entries in the Mavic line.

However, it also cannot be denied that the Mini 3 Pro is a massive upgrade to the previous-generation Mini drones. In terms of technology and features, the Mini 3 Pro can be considered to be a middle-ground between the DJI Mini and DJI Air drones.

It’s worth noting that the price of the Mini 3 Pro makes it a direct competitor to the Autel Nano line. These are some of the best drones in the sub-250 gram weight class and it’s exciting to see what else is in store for this competition.

Should you upgrade to the Mini 3 Pro?

Now that we have all the necessary info, we’re better positioned to ask the answer – is it worth upgrading your Mini 2 to the Mini 3 Pro? If you’re an aspiring drone pilot, should you consider the Mini 3 Pro as your beginner drone?

If we’re asking if the Mini 3 Pro is worth its price, then the answer is a resounding yes. The camera of the Mini 3 Pro is miles ahead of its predecessor and is certainly good enough for professional work. A tri-directional obstacle avoidance system and Intelligent Flight Modes are more than what anyone expected of a drone that weighs less than 250 grams.

If you love your Mini 2, you will likely not regret making the upgrade to the Mini 3 Pro. It’s the better version in almost every aspect.  The price jump is substantial, though, so no one’s judging you if you are not eager at all at this point.

For aspiring drone pilots, the price of the Mini 3 Pro is a bit too steep for a beginner drone. We still highly recommend the more budget-friendly drones including the Mini 2. The Mini 2 is not that old yet and still holds up really well. It may lack some of the pro-level features of its successor, but the Mini 2 reliably delivers a satisfactory flight experience. 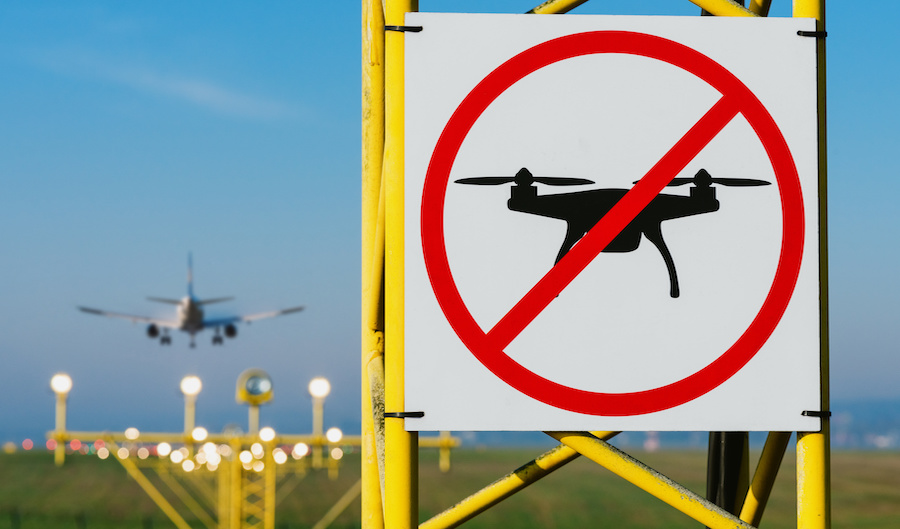 No Drone Zones: Where is Drone Use Prohibited? 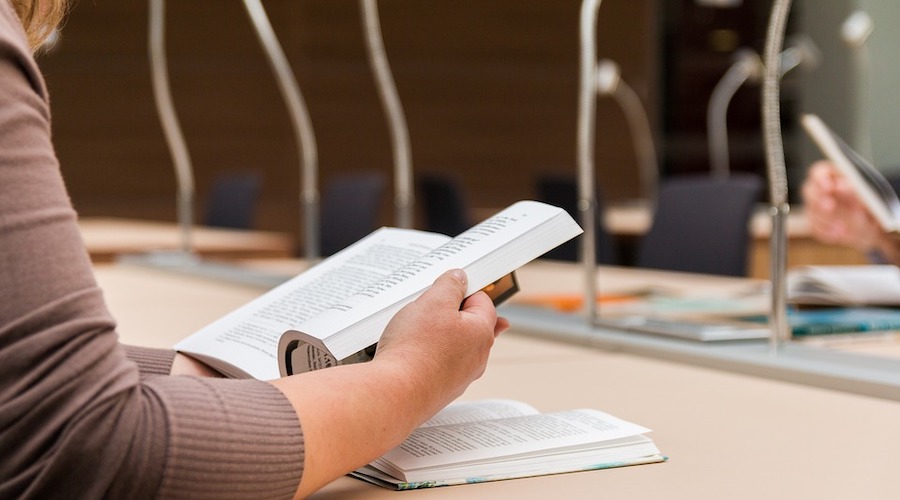