What is the E6B Flight Computer?

What exactly is an E6B flight computer and what is it used for? Do pilots still use it nowadays? If not, are there more modern alternatives and are they just as effective?

An overview of the E6B flight computer

Developed in the 1930s by Naval Lt. Philip Dalton, the E6B flight computer is a circular slide rule used in aviation and one of the first analog calculating devices or “computers” developed in the 21st century. They are typically made from aluminum for durability, but cheaper versions made from plastic or cardboard are also available.

For our readers who are not quite old enough, slide rules used to be standard calculating devices before electronic calculators were a thing. Using moving parts with standardized sets of graduated markings, slide rules provided a way to do complex calculations rapidly. Basic slide rules for quick multiplication and division were useful in almost every field, but there are were also more advanced versions built to handle calculations involving quadratic equations, exponents, logarithms, and trigonometric functions.

What makes the E6B distinct from standard slide rules is that it has a “calculator side” and a “wind side”. The calculator side performs the usual slide rule functions such as basic multiplication, division, and conversion of units.

The E6B is only one of many slide rules developed for the aviation industry, but it is considered the standard by many pilots. With several dozen possible calculations that can be done with an E6B flight computer, using one at its maximum potential requires considerable experience.

In addition to doing aviation-specific calculations, the E6B flight computer can also be used to do quick multiplication and divisions as well as to convert between different units of measurement.

What is it used for?

The E6B flight computer can do so many aviation-related calculations that listing all of them in this article is no longer practical. You can either learn this in great detail by taking a course in a flight school or by consulting an E6B manual, such as this one created by Aviation Supplies & Academics, Inc (ASA). 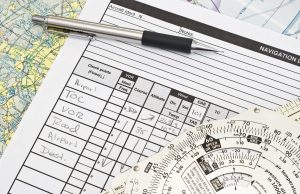 Just to emphasize the all-around value of the E6B flight computer, here are some of the most critical calculations that it can do:

The most basic calculations and ones that pilots do the most in an E6B flight computer involve the relationship between time, speed, and distance. The most common problem presented in this topic is for the pilot to determine the speed with which they need to travel, given the distance they need to cover and the allotted time for the flight. This relationship is fairly simple and easily manipulated should a pilot need to calculate for unknown values of time and distance instead.

A pilot can compute the volume of fuel that will be burned for a flight, given the time of flight and the aircraft’s fuel consumption rate. Again, this is a fairly straightforward relationship between variables that can be easily manipulated. A pilot can also calculate the average fuel consumption rate of their aircraft if they know the volume of fuel they had consumed over a known flight period.

The radius of action of an aircraft is the maximum distance or time that it can travel beyond which it can no longer return to its starting point. This is a fairly simple concept which only takes into consideration the aircraft’s fuel endurance and its possible ground speed values for both outbound and inbound legs. It combines previously gained knowledge of concepts related to fuel consumption, distance, speed, and time.

Unlike the previous items, calculating the ground speed and wind correction angle is a little less straightforward. To determine these values, you will need to know four things: true airspeed, wind direction, wind velocity, and your true course. All of this information is easily available via sectional charts, winds aloft forecasts, and the aircraft’s speed indicator.

The process to obtain the ground speed and wind correction angle is more graphical than computational and will require that you use the rotating mechanisms of the E6B flight computer. With a bit of experience, you can even manipulate this relationship to calculate the true wind speed and direction, if you feel that there is an error in the winds aloft forecast.

On a more general note, the E6B flight computer has provisions for pilots to convert values across the most commonly used units. These include converting from nautical miles to statute miles as well as between various volume, weight, and temperature units. Take note that consistency in units is key to making sure that all calculations produce accurate results.

Do pilots still use the E6B flight computer today?

Although electronic flight computers have largely taken the place of the E6B flight computer in most practical situations, it is still used as a tool for instruction in many flight schools. This is because the graphical nature of an analog computer makes it easier to understand the underlying fundamental concepts and relationships behind the calculations.

Where to buy an E6B flight computer (or its alternatives)

If you’re looking for an old-fashioned E6B flight computer, there are hundreds of options for them online. ASA sells the traditional paper versions if you want to buy them cheap. Made with heavyweight fiberboard, these are a little more durable than their “paper” branding might make them seem. 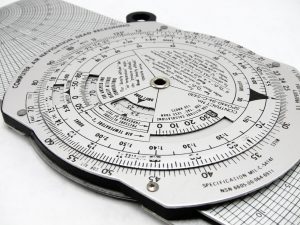 For the best E6B flight computer, we recommend the metal version also from ASA. Made with solid aluminum, this version of the E6B should last much longer than the paper alternative. The wind side of this E6B comes with colored labels and marks, making them a little easier to use.

One thing to note about the metal version is that it’s durable but not necessarily heavy-duty. The aluminum material is still prone to bending or warping, given sufficient force. Through repeated use, the marks and labels in the E6B can also be worn away to the point that they are no longer readable.

Although we’ve espoused the value of the analog E6B flight computer, it’s undeniable that there is value in upgrading to an electronic alternative. In this regard, the ASA CX-3 Flight Computer is one of the most widely used. Roughly the size of a calculator, the ASA CX-3 has been often cited as a fast, accurate, and easy to use flight computer.

However, it’s not intuitive enough to help a pilot who does not know how to use an analog computer. It does not come with a manual, although the official ASA manual is readily available online. This electronic flight computer speeds things up, but it’s still necessary to know the fundamentals and understand the relationships between the various aviation-related parameters.

The E6B flight computer is a staple of the flight industry – a tool that has transcended generations of pilots. Although it’s already been close to a century since it was first used, there is still a large number of licensed pilots who have E6B’s stashed somewhere in their gear. This is even more impressive considering how there are now electronic devices that can replace this old-school analog tool.

Many older pilots stand by the fact that an E6B flight computer is unequaled in terms of reliability. Even when all electronic tools fail, they can still rely on good old analog tools to help them navigate through a flight. 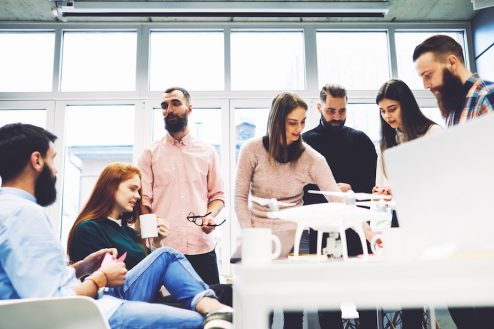 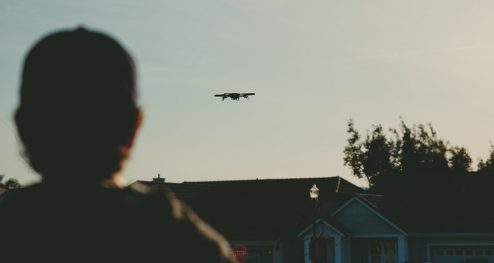 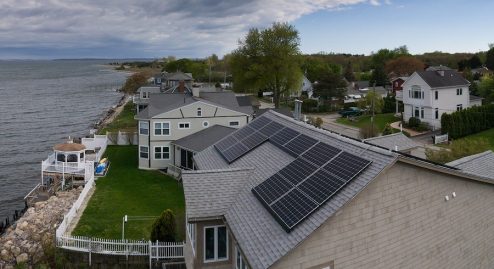