Experienced airmen probably know that there are certain patches of airspace where you cannot simply just fly in, but it may come as news to drone pilots that this rule also applies to them. While avoiding drone flight near airports is relatively easy, there are also flight-restricted areas that are more dynamic in nature. These constitute what we all as Temporary Flight Restrictions, or TFRs.

By their very nature, TFRs represent flight restrictions of a serious nature. To make sure that you don’t run afoul of critical safety or security concerns, here is our detailed guide on TFRs and how to check for them.

TFRs stand for Temporary Flight Restrictions. This means that drone flight is generally restricted in areas covered by a TFR unless permission is granted by the appropriate authority. They are also temporary in nature, although there are a few exceptions – such as Disneyland, where a TFR has been in force for more than a decade.

One of the distinguishing characteristics of TFRs is that they are fleeting. They can also be declared in short notice, especially if they are related to emergency situations or VIP movement. This emphasizes the need to check for TFR information from a source that is updated regularly and provides accurate information.

TFRs are a type of Notice to Airmen (NOTAM), which means that they are publicly broadcasted for all airmen for safety and security purposes. However, the responsibility of checking for active TFRs falls upon the shoulders of the airmen, including drone pilots.

The relevant rules for drone pilots regarding flight in TFRs are outlined in Section 107.47, which says that all drone pilots need to comply with regulations in Parts 91 and 99 regarding the flight of all types in aircraft in TFR zones.

Just like NOTAMs, TFRs can be requested by any from a long list of entities including federal security agencies, civil defense directors, coordinators of relief operations, emergency responders, law enforcement agencies, the FAA Flight Standards District Office, and sports events organizers. However, only the FAA headquarters or the Directors of Terminal or En Route and Oceanic Area of Operations who have jurisdiction over the area can issue TFRs.

This subsection lists the possible events that could prompt a TFR to be declared under this category. Examples include volcanic eruptions, forest fires, toxic gas leaks or spills, or hijackings. Not only is drone flight very dangerous in such places, but your drone operations might also get in the way of relief operations in the areas. There have been several incidences of emergency responders having to ground their helicopters because of the presence of a drone nearby, so make sure that you take this type of TFR seriously.

The main reason for declaring such a TFR is the fact that these events can draw huge crowds and having an undocumented drone flying about can cause safety and security concerns. The TFR for a crowd-drawing event typically covers a 3-nautical mile radius from the location of the event.

Section 91.141 – Proximity of the Presidential and Other Parties

According to this TFR, the operation of any unauthorized aircraft is prohibited in the presence of the President, Vice President, or other public figures that fall within the scope of this subsection. This is a matter of national security and seeks to avoid exposing any national leaders to unnecessary risk.

In coordination the with Department of Defense or other federal security agencies, this TFR can be declared in the presence of special foreign dignitaries or for any situation which serves the interest of national defense. It can also be used to augment any security TFRs for major crowd-drawing events.

Interestingly, Section 99.7 has been invoked to come up with over 500 TFRs that are specific to drones. These have been declared for various military bases and facilities in the country, for which manned aircraft are allowed to fly over. The main reason is the fact that that drones can fly at much lower altitudes and may be capable of better surveillance and payload delivery.

There are no clear events that are specified for declaring a TFR under Emergency Air Traffic Rules, aside from the Administrator believing that an emergency condition exists or will exist in the area for which normal flight operations should not proceed. One of the most infamous cases of a TFR being declared under Section 91.139 happened during the September 11 terrorist attacks.

High barometric pressure due to weather patterns may mess up with the readings of the barometers that pilots use to measure air pressure and altitude. If such conditions have been detected, a TFR is normally declared for the safety of the pilots and aircraft.

As you can see from the various types of TFR, they are normally only declared to address concerns with safety and security. All of these reasons are important, but we shall see later that violating some of them can carry heavier punishment than the others.

How can you find TFRs? 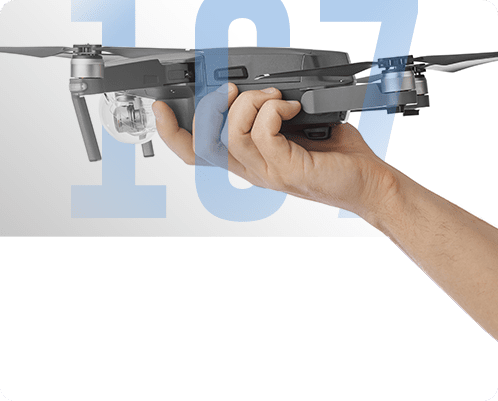 We’ve stressed how important it is to get information about TFRs from a source that is timely and accurate. Your book of sectional charts certainly isn’t going to help. Most people would probably think of drone flight planning apps like Airmap or KittyHawk, but there’s the fact that they aren’t the primary source of information on TFRs. There have also been a few reports of information provided from these apps (not just the two mentioned here) being either inaccurate or outdated.

To be clear, drone flight planning apps are still reliable tools for long-term drone flight planning. If you need to check out the different areas of controlled airspace and consider them for your drone operations, then using apps like Airmap or KittyHawk is perfectly fine. However, for timely and accurate information on matters as critical as TFRs, we prefer to go straight to the source.

The good news is that the FAA maintains a database of all active TFRs on their website. By default, the TFRs are arranged chronologically but you can also filter them by state, type, and issuing facility. You can also choose to display the TFRs on a map. This list of TFRs is long, which is great for situational awareness. However, they may also include TFRs that aren’t exactly relevant to drone pilots.

If you want to look at just the TFRs that are of concern to drone pilots, then the best place to look would be this interactive ArcGIS map by the FAA. This is a nifty little map that you can navigate freely and toggle the different layers. It also displays controlled airspace according to different categories and the location of Fixed Sites for Recreational Flight. You can even make distance and area measurements on the map or print out small sections of the map for your personal use.

While having to check for TFR information on the FAA website is less convenient than doing so on the map, you have the assurance of accessing first-hand information. We certainly consider it the most reliable source when checking for TFRs right before going out in the field.

If you have been found to have violated a TFR, you could end up facing any of the three possible penalties:

There’s also the matter of intent – when you have violated a TFR, it’s either you did not do your due diligence to check on whether there is a TFR in the area, or you knew that there was a TFR but went ahead and willfully violated it anyway. Keep in mind that drone pilots are required to be familiar with the airspace before they conduct any drone operations according to Section 107.49.

While you may face fines if it becomes proven that you did not check for TFRs, willfully violating a TFR can lead to harsher criminal penalties. A popular example is Douglas Hughes, who flew a drone into the lawn of the US Capitol in 2015. After pleading guilty to one of the multiple charges, he was sent to federal prison for 120 days.

Even if you had only violated a TFR accidentally, you will still be facing civil penalties. This will almost certainly include a 30-day to a 90-day suspension of your drone license. If there are other violations tied to the scenario, or if you’ve already had a history of violations, then the FAA could use those as grounds for permanently revoking your license.

On top of losing your drone license, you may also be asked to pay a fine of $1414 per incident. If multiple provisions were violated during your operations, you might have to pay several iterations of the $1414 penalty.

The severity of the penalty can also depend on the gravity of the condition under which the TFR has been created. For instance, violating a TFR that has compromised national security is punishable by six months to one year of jail time. A fine of $100,000 will also be demanded from the violator, and this fine can go up to $250,000 if the incident caused any death.

The US national airspace is considered by many to be one of the safest in the world, and the FAA prefers to keep it that way. On top of currently existing flight rules and restrictions on manned aircraft, they had to start considering drones as significant parts of national airspace and create provisions specially geared towards drone flight.

If you’re a drone pilot, then knowing about TFRs is probably one of the most important things you should know. While rules on controlled airspace are equally important, TFRs have a time-critical factor to them which can make them easy to violate if you’re not careful or prudent. There’s also the fact that TFRs are mostly released and implemented because of concerns that matter safety and national security.

Our advice to all drone pilots is to take TFRs seriously. Check for TFRs every single time you fly your drone – if not for the sake of others, do it to avoid facing heavy civil and criminal penalties. 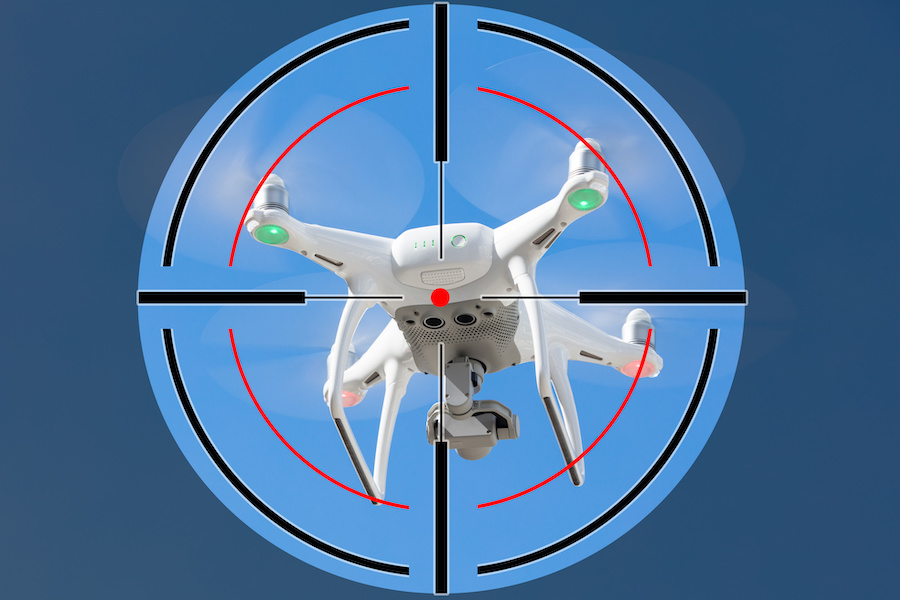