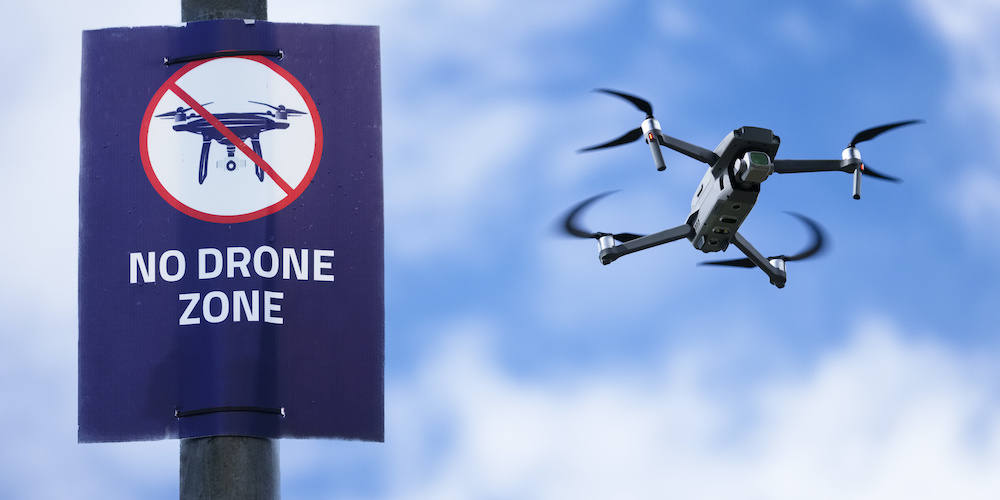 Situational awareness is one of the key skills of a drone pilot. This involves knowing all the potential hazards you should be concerned with, such as obstacles or other flying objects nearby. However, not all hazards are visible – some take the form of flight restrictions.

Flight restrictions can be a somewhat dynamic matter, requiring all airmen to keep on their toes. Some restrictions can be temporary and keeping up to date with them is the responsibility of all pilots, including those that fly drones. How can drone pilots keep themselves aware of Temporary Flight Restrictions?

Temporary Flight Restrictions (TFRs) are defined by the FAA as a type of Notice to Airmen (NOTAM) that restricts certain aircraft from operating within a defined area. They are typically established as a safety measure to protect the welfare of people or property on the ground. The reasons for declaring a TFR include natural disasters, special events that draw crowds, or VIP movement.

VIP movement TFRs are the most common and are issued when the President or Vice President is in the area. These can be quite large in scope and have tighter restrictions. Other TFRs, such as those for sports events, are typically smaller in scope and allow for controlled operations of certain aircraft.

For Part 107-licensed drone pilots, the restriction against flying in a TFR is outlined in Section 107.47. This section dictates that all drone pilots need to comply with the regulations regarding TFRs as written in Part 91 and Part 99, which are rules governing the flight of manned aircraft.

How to check for TFRs

While the information on TFRs is generally available on the various drone flight apps like Airmap or KittyHawk, there have been several incidences in the past where their information is either inaccurate or outdated. It’s not hard to imagine how this could pose problems to your operations. Moreover, you can’t use this inaccurate information as an excuse to escape any liabilities caused by your operations in a TFR area.

As with most information, the best method is to go straight to the source. In our case, the FAA should be the primary reference as the sole authority for TFR issuance. The FAA maintains a list of all active TFRs on their website. The TFRs in the database can be filtered by state, arranged chronologically, or displayed on a map. However, this list of TFRs applies to both manned aircraft and drones.

If you want a list of TFRs that apply only to drones, the best source would be the FAA’s interactive ArcGIS map. The FAA UAS Data map uses an online ArcGIS plug-in that allows users to toggle different layers, switch between different base maps, and bookmark any particular points of interest.

A look at the layers panel reveals just how useful this map is for drone pilots. Not only does it display current TFR data, but you can also use the map to check the location of controlled airspace, fixed sites for recreational flight, and other drone flight restriction areas. You can make measurements on the map or print out any sub-sections so you can have a copy of it on the field.

Is drone flight in a TFR always prohibited?

TFRs, particularly those related to VIP movement, can just appear all of a sudden in any area. While recreational drone pilots can probably simply adjust their flight plans, a TFR can be more problematic for a commercial drone pilot who has made plans to do a job on the time and date when the TFR is in effect. So, the question is – is it possible to go around the TFR restrictions and still fly your drone?

In theory, yes, it is possible. According to TFR guidelines, authorized people can still fly their aircraft (manned or unmanned) within a TFR zone. Thus, the question becomes whether you can or cannot secure such an authorization.

Either of two entities can grant you this authorization: the FAA, or the entity that requested for the TFR. A good example of the second case is Disneyland, the airspace over which has a permanent TFR that has been in effect for more than a decade. Disney has the capacity to grant authorization for drone flight over this TFR, perhaps if you are doing a drone-based service for them.

How about in the case of VIP movement? If the President happens to be in town when you’re scheduled to cover an event using your drone, then you may just be out of luck. VIP TFRs are very strict and the potential consequences of violating one can be worse than the cost of canceling your gig. You MAY be granted authorization by your local FAA Flight Standards District Office (FSDO) but this is not a sure thing and you may be allowed only under very strict conditions. Still, it’s worth a shot if you’re a licensed Part 107 drone pilot.

What are the penalties for violating a TFR?

Depending on the circumstances, you can be charged for violating several FAA flight restrictions when you fly a drone in a TFR area. One thing is common: all of the penalties are very heavy and are severe enough for you to never consider violating these rules.

When you are caught flying a drone in a TFR, you will be as either being negligent of flight restrictions or intentionally flying into a restricted area. Either case can result in both criminal and civil liabilities.

Violating a security-related TFR is considered a Class A misdemeanor which is punishable by six months to one year of jail time. The guilty party will be fined by $100,000 of the incident did not cause death or by up to $250,000 if death occurred because of the misdemeanor.

On top of fines and jail time, a pilot that violates a TFR is can either have their pilot license suspended from 30 days to 90 days, or have it permanently revoked. The penalty will depend on the gravity of the violation and will take into account any prior penalties of the drone pilot. In the case of recreational drone pilots, the FAA can still impose a fine of up to $1414 per occurrence. Normally, the FAA would also cite the drone pilot for flying recklessly, which is a violation that will call for another fine.

The FAA and the federal government have deliberately made the violation of TFR rules very heavy on the penalties. Airspace security and safety is a very serious matter in this country, and it is in the best interest of drone pilots to follow suit.

For all their strict regulations, the fact remains that the FAA is internationally recognized as being one of the best authorities when it comes to airspace safety. The TFR is a long-established system for airspace-related events that are more dynamic in nature. The good news is that information on TFRs is easily accessible through the official FAA channels.

Drone pilots will benefit from developing the habit of checking for TFRs before they start any operations.  More than the possibility of facing fines and jail time, it is the responsibility of all drone pilots and all airmen to maintain the safety of national airspace.

The Basics of Drone Mapping – How to Get Started 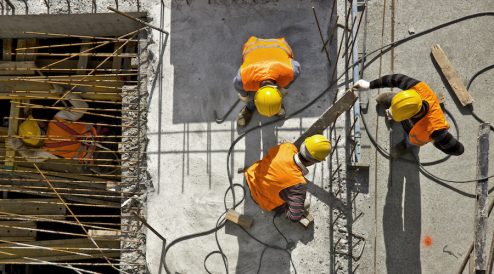 How to Legally Fly Drones Over People and Moving Vehicles

Everything You Need to Know About Part 135 for Drone Delivery