Are we there yet?

If you’re flying commercial, even the passengers might have an IFE screen showing the aircraft’s current location and the estimated arrival time. Fancy!

But when you’re in an old-school general aviation airplane, even the pilot needs to do a bit of work to figure out what time you’ll get home.

In order to find out how long it will take your aircraft to get to where you’re going, you will need to convert your airspeed into ground speed and use that to figure out the time duration.

Why isn’t it that simple for an aircraft?

Well, the speed that your car speedometer shows is the distance on the ground that the car is traveling per hour. The speed indicator on your aircraft does not give you the ground speed, it tells you the airspeed.

The airspeed is the speed at which the aircraft is traveling through the air around it, and it’s not the same as your ground speed. The numerical difference between airspeed and ground speed isn’t constant; it varies, and it depends on a number of factors that we’ll get into below.

Airspeed is affected by a lot of factors, and the pilot needs to correct for each factor to end up with the final True Airspeed that can be used to figure out the ground speed.

Even though they’re all just ways to describe how fast you’re flying, there are multiple types of airspeeds that are defined according to the factor that’s being taken into account. Some of these adjustments aren’t usually relevant for general aviation aircraft, for example, Equivalent Airspeed which only really matters at speeds above 300 knots.

General aviation aircraft use the pitot-static system to determine the speed of the aircraft relative to the air around it. This reading is known as the ASIR or Airspeed Indicator Reading.

Your aircraft’s pitot-static system uses the difference between the surrounding static air pressure and the total pressure experienced by the aircraft to determine the dynamic pressure, which gives you the airspeed.

What the pitot-static system doesn’t know is the density of the air around you. It’s calibrated to operate using standard atmospheric conditions. But air density varies as the aircraft climbs, so the airspeed reading can differ considerably from the True Airspeed that the aircraft is flying at.

The Airspeed Indicator itself has some inaccuracies brought about from the way it was manufactured. This is called instrument error. Some corrections are applied to the ASIR and the resulting readings are called the Indicated Airspeed (IAS).

You don’t need to make these corrections yourself; this is the reading that you can see on the airspeed indicator after the corrections have been applied.

The IAS is important for pilots since the aircraft flying characteristics are designed around it. Aircraft stalling speeds, for example, are given in IAS. But indicated airspeed can’t be used to give an accurate estimate of your ground speed since there are still more corrections to be made.

CAS is your Calibrated airspeed. CAS is also sometimes called Rectified Airspeed (RAS). This reading is the Indicated Airspeed that has been corrected for position error.

The pitot-static system described previously is designed to give an accurate reading of the aircraft’s airspeed in most conditions. But when the aircraft is in certain orientations, it can lead to an inaccuracy in the ASIR that our airspeed is based on. The effect is most pronounced with a high angle of attack as well as in slow flying.

Fortunately, this error is usually minor enough at cruise speeds that it won’t make a significant difference in our flight time calculations. For this reason, there’s usually no need to calculate CAS in order to find out your true airspeed.

Aircraft manuals usually have conversion tables that you can use to figure out the CAS. In fact, most glass cockpit aircraft that use air data computers (ADCs) to process airspeed actually display the CAS in place of the IAS.

The True Airspeed (TAS) is the actual speed of your aircraft relative to the surrounding air. The difference in air density due to temperature and the pressure at altitude affects the reading displayed on the airspeed indicator. True airspeed takes the change in air density into account.

TAS can’t be measured directly; it needs to be calculated. Glass cockpit aircraft may calculate the TAS automatically and display it on the primary flight display. If you’re flying using a traditional cockpit, you’ll have to calculate your TAS manually.

How to Calculate TAS Using a Flight Computer

In order to figure out your True Airspeed using a flight computer, you’ll need to know your pressure altitude and the Outer Air Temperature (OAT).

Most aircraft are equipped with an Outer Air Temperature gauge, so you can just note down the temperature indicated there in Celsius.

You can then use the calculator side of the flight computer to determine the airspeed.

Flight computers have a separate clearly labeled scale for finding out True Airspeed. Align the disk so that the current OAT lines up with the Pressure Altitude that the aircraft is maintaining. Then, without moving the disk, locate the IAS of your aircraft on the inner scale. The True Airspeed will be the corresponding number on the outer scale.

How to estimate your TAS

If you’re just looking for a rough estimate though, you can calculate your TAS mentally by just adding 2 percent of the CAS for every thousand feet of pressure altitude.

Which gives 110 knots as your True Airspeed.

As mentioned earlier, there’s usually not a very large difference between CAS and IAS at cruise, so to simplify things, you can use IAS in place of CAS to find out your TAS.

Now that you’ve corrected your airspeed for altitude and temperature, you’ve got your True Airspeed. What we need now is to convert our TAS into Ground Speed (GS), which is the speed your aircraft is covering over the ground.

How does the GS differ from the TAS?

The GS takes into consideration the wind that is acting on the aircraft. Your pitot-static system only figures out the airplane’s speed relative to the surrounding air. But what if the air itself is moving?

Winds pushing your aircraft from behind are called tailwinds. They will result in your Ground Speed being greater than your True Airspeed. This means you’re being pushed forward by the wind, and you’re actually moving faster than your aircraft is telling you.

If you’re getting winds from ahead of the aircraft, they’re called headwinds. Headwinds decrease your Ground Speed relative to your True airspeed. In this case, you’re fighting against the winds, so it will take longer for you to get to your destination.

Winds usually act at an angle to the aircraft’s course. This means you’ll drift off course unless you apply a correction angle to your heading. In this case, only a part of the wind’s strength is going to affect your Ground Speed. You can find the wind components using the wind side of a flight computer.

Winds aloft data is available from the National Weather Service, as well as from most flight planning apps and websites that pilots use.

Some aircraft with glass cockpits are equipped with sensors that can determine your Ground Speed and the wind component automatically and display them on the Primary Flight Display. If your aircraft doesn’t have that capability, you will have to figure out your Ground Speed yourself.

If you’ve got a GPS receiver in your aircraft, it will also give you a speed indication. The speed given by the GPS is your Ground Speed, so you can just use that reading directly.

Now that you have your Ground Speed, you can use it in the simple relation between speed, distance, and time.

Since you already know the distance between yourself and your destination, all you need to do is to divide the distance with your Ground Speed, and you’ll have your estimated flight time.

Make sure that your units are consistent when you’re making your calculations. Aircraft speeds are usually given in knots, which are nautical miles per hour. This is different from statute miles that are used outside of aviation.

Car speedometers display the speed in statute miles per hour. One statute mile per hour is about 0.87 knots, so you’ll be considerably off in your estimates if you’re not careful about your units.

The basic method to find out your flight time is pretty simple. Figuring out your Ground Speed is the tricky bit. 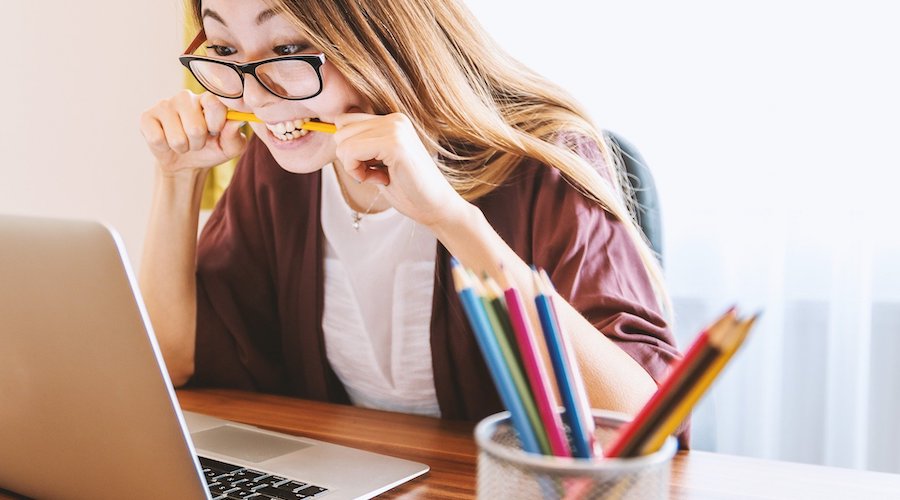 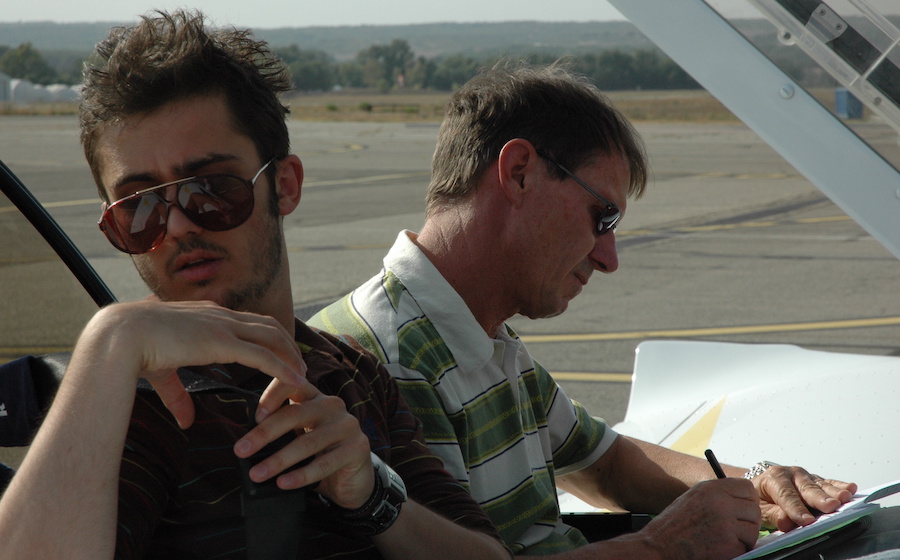