There are plenty of reasons to start a career as a pilot, not the last of which is being able to travel, constantly meet new people, and have unconventional working hours. There is also a long-standing impression that being a pilot is financially rewarding – but just how much are we talking about?

To answer this question, we scoured through salary data from different sources to determine how much a pilot earns on average in 2021 and how this number has grown through the years. We also look at average salary figures across different states and from different employers.

What is the average pilot salary for 2021?

The BLS data makes an important distinction between Airline pilots and Commercial Pilots. The organization’s official definitions are as follows:

Those who pilot and navigate the flight of fixed-wing aircraft, usually on scheduled air carrier routes, for the transport of passengers and cargo; this requires a Federal Air Transport certificate and rating for the specific aircraft type used; this category includes regional, national and international airline pilots.

Those who pilot and navigate the flight of fixed-wing aircraft on non-scheduled air carrier routes, requiring a Commercial Pilot certificate to operate; this category includes charter pilots with similar certification, and air ambulance and air tour pilots., but, significantly, excludes regional, national and international airline pilots.

Various job sites also have average annual wage figures for pilots, although there are some variations in indicated job titles.

As expected, there is some discrepancy between the crowdsourced figures in job sites and the data collected by BLS. The figure cited by Indeed.com is particularly low but is difficult to scrutinize without knowing the numbers from the individual data entries.

In general, Airline Pilots are expected to earn significantly more than Commercial Pilots. This is not surprising considering that Airline Pilots require more flight hours and an Airline Transport Pilot (ATP) Certificate – pretty much the pinnacle of pilot licenses.

If we are basing computations on the BLS figures, Commercial Pilots earn 1.96x the annual average wage while Airline Pilots earn 3.38x. These are very good figures and reinforce the reputation of being a pilot as a financially rewarding career.

The BLS has a very extensive database of wage and employment figures that spans several years. This provides a great source for looking at salary trends for pilots. For this article, we kept the analysis from 2014 to 2021.

Interestingly, the trend of a near-steady increase in salary for Commercial Pilots and Airline Pilots was not disrupted in 2020 and 2021, despite the effects of the COVID-19 pandemic. There is certainly some wage stability for the profession, although the loss of aviation jobs during this season is also well-documented.

How much do pilots in different companies earn?

We now look at the average wages that pilots earn in different companies. This is tricky because not many companies publish salary figures publicly. Thus, we will have to rely on self-reported figures from sites such as Indeed and Glassdoor. The use of data comes with important disclaimers – the sample size for these datasets is much smaller, and there is no way to verify if the information is supplied by people who actually worked these jobs.

There is also a huge variation in job titles with published salary figures. Most responses are lumped together under the general category of “Pilots” while others may make the distinction between First Officer, Captain, Airline Pilot, Airplane Pilot, or some variation of these terms. We also opted to include entries for Flight Instructor – a viable career path for licensed pilots.

A general search for average annual wages for the “Pilot” job title yields a range of $97,306 to $170,878. This is a pretty broad range that captures lots of variables that can influence the wage of a commercial or airline pilot.

The list of companies and organizations here also provides a good snapshot of the industries where pilots can find jobs in. The companies range from federal bodies (FAA) and national defense entities (U.S. Airforce and Army) to airlines and shipping companies. Northrop Grumman, a company specializing in military technology, has the highest quoted salary figure for pilots.

Pilot salary across the different states

The BLS has compiled annual wage figures across the different states in the U.S. for both Airline Pilots and Commercial Pilots. Using this data, we can look at the top 10 and bottom 10 states in terms of pilot wages. There is also historical data available, so we can look at wage trends from 2014 to 2021 for each state.

An important disclaimer for this data set is that not all states have entries. For instance, the states of Hawaii, Delaware, Kentucky, Maryland, and Vermont have had no entries in the Airline Pilot wage database since 2014.

The five states of Nebraska, South Carolina, West Virginia, Montana, and Mississippi are listed in the bottom 10 of annual wages for either Commercial Pilots or Airline pilots. Again, worth mentioning is the fact that South Dakota, Maine, and New Hampshire are in the bottom 10 list for Commercial Pilots but have no entries in the Airline Pilot database. However, the 2020 annual wage for Airline Pilots in New Hampshire ($173,600) likely excludes it from the bottom 10 list.

It is also worthwhile to look at how pilot wages have grown per state between 2014 to 2021. Using the compiled BLS data, we calculated the year-to-year percentage increase in pilot wages for the seven-year period and ranked them accordingly for both Commercial Pilots and Airline Pilots.

Excluded from this list are states that had only one or fewer wage data entries in the period of 2014 to 2021. Calculations were modified appropriately to consider only the number of years when wage data was available. However, states with no wage data entries for both years 2020 and 2021 were excluded from the list as 2019 values may be too old to draw conclusions related to the current state of wages.

Comparing the two lists above, Ohio, California, and Massachusetts have all had healthy wage growth rates for Commercial Pilots and Airline Pilots. California also figures prominently on the top 10 list of pilot wages for the year 2021, making it a premium state for those looking for aviation careers.

Quite interesting to note are the massive increases in Airline Pilot wages in Idaho and Massachusetts. According to BLS data, the average annual wage for Airline Pilots in Idaho increased from $78,050 in 2017 to $186,880 in 2021. In the case of Massachusetts, the wage increased from $81,230 in 2017 to $156,630 in 2020. How this trend develops is something worth keeping an eye on in the following years.

In the bottom 10 category for wage growth, only Nebraska and Pennsylvania are found in both lists. Nebraska is also on the bottom 10 lists for 2021 wages for both Commercial Pilots and Airline Pilots.

Most of the data presented in this article come from the U.S. Bureau of Labor Statistics (BLS), more specifically their Occupational Employment and Wage Statistics section. This dataset compiles employment and wage statistics for different professions across the U.S., with a new report published every year. The most recent data included in this article comes from the May 2021 report.

Although the BLS database was used as the primary source, some wage data was also collected from the job listing and employment websites like GlassDoor, Indeed, and Comparably. The data presented on these websites are crowdsourced, so the reliability of such a dataset is considered lower than that of the BLS.

In any case, the wage figures presented here are only average figures. This means that actual salary values may not correspond to the averages. The BLS data is more representative because it is averaged from a larger number of respondents, but the data spread can still be very significant. Aside from employer and U.S. state, several factors come into play in determining the salary of a pilot including the number of years of experience and the aircraft certification they have.

For those looking for a financially rewarding career, being a pilot is still a very good career option. According to most data sources, pilots still earn significantly more than the annual average wage in the U.S. – almost twice the amount for Commercial Pilots and more than three times for Airline Pilots.

Several variables come into play when determining individual wages. Years of experience and hours of flight time certainly count, as well as the type of aircraft you are flying or are certified to fly. Data from the BLS also shows that the state where you are working plays a significant role. Career prospects appear to be the most thriving in California. 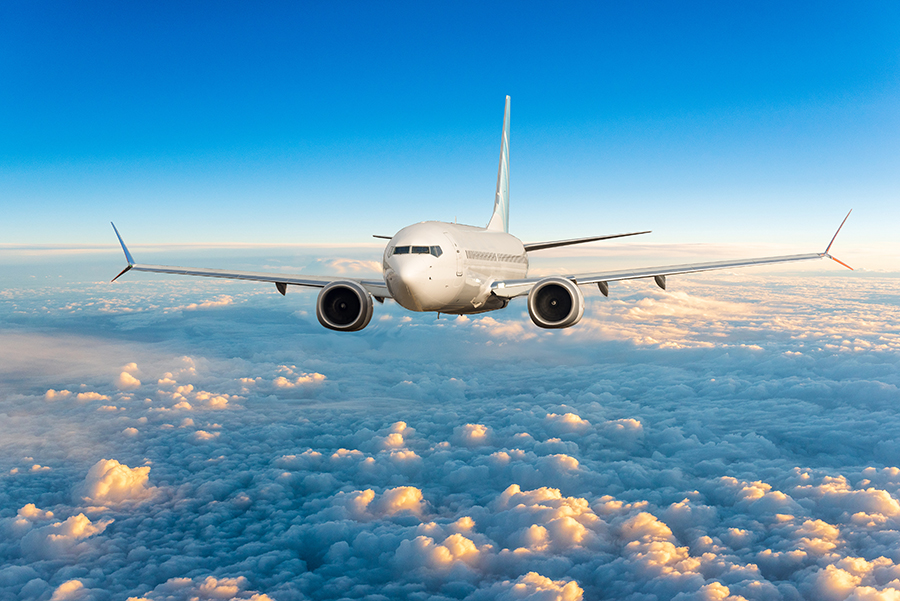 Everything You Need To Know About Ailerons 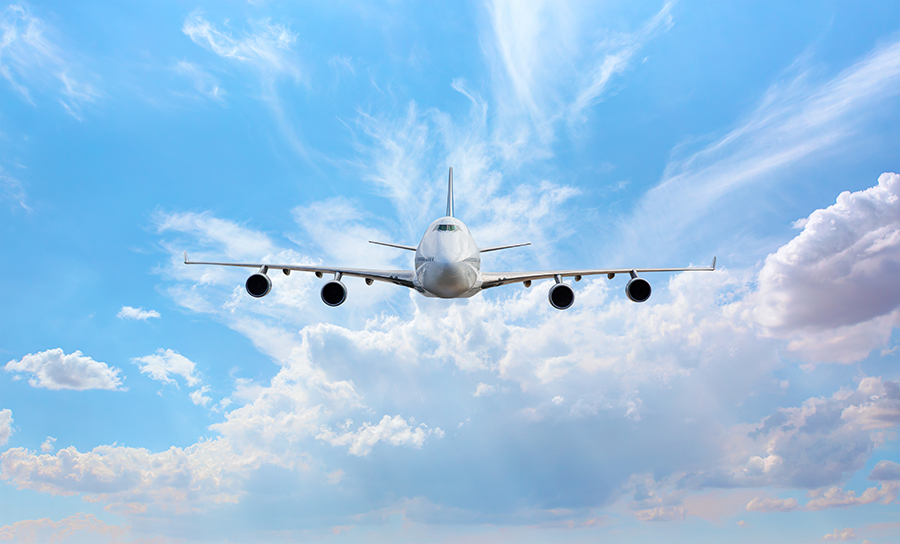 What’s the Difference between Deviation and Variation? 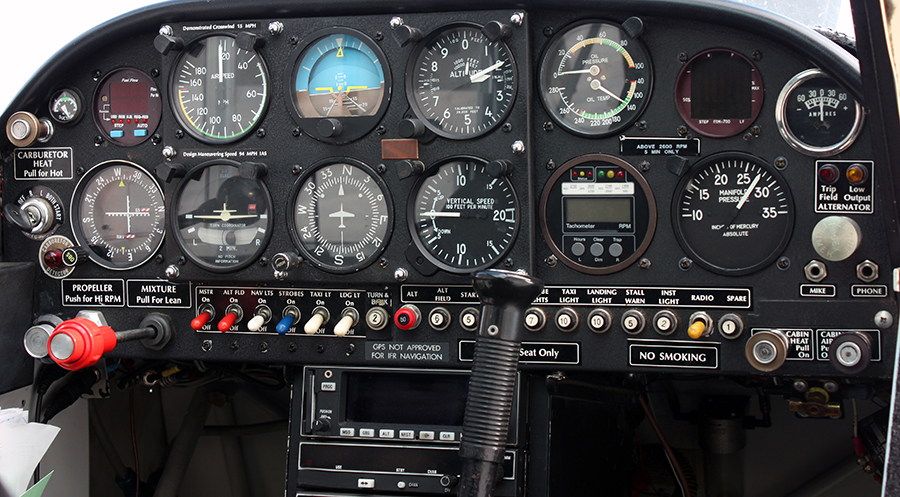 What Is Manifold Pressure?