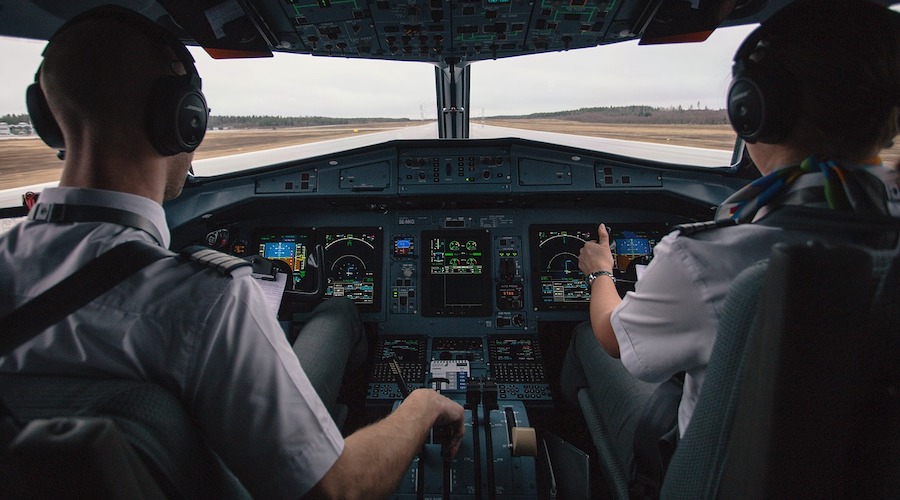 It takes ground and flight training to know how to operate an aircraft safely, though, and that takes time.

But how long does it take to become a pilot?

Well, “Pilot” is a general term that encompasses all kinds of aviators. Therefore, the answer varies between a few weeks to several years.

Moreover, other factors come into play such as your availability, aptitude, and choice of pilot school.

Let’s focus on the question at hand, though.

You need a license to become a pilot, and most aviators start as students.

While not required to take flight lessons, the student pilot license is a prerequisite for flying solo.

Once it passes the review, you receive the student pilot certificate within 3 weeks.

It’s worth noting that it takes less time if you use the Integrated Airman Certification and Rating Application (IACRA) website instead of submitting a paper application.

But the license constitutes only one requirement for solo flight, though. Additionally, you must undergo ground and flight training to prepare you to safely fly aircraft without an instructor.

You often receive both simultaneously, therefore, time to solo is mostly about how long it takes to complete your flight instruction.

As learning ability varies, the number of flight hours ranges greatly between individuals. It could be anywhere between a few hours to 40 hours.

On average, a flight lesson lasts one and a half hours. Assuming you’re taking four lessons per week, you’re looking at one to nearly seven weeks until your first solo.

Back in 2004, The FAA came up with the sport pilot certificate to make flying more accessible to aviation enthusiasts.

As with any pilot license, you have to submit an application either online or by mail to get a sport pilot license.

Before you do that, though, you must meet certain aeronautical knowledge and flight time requirements.

You may receive ground training from an authorized instructor or through a home-study course. Although no published minimum hours exist, both options usually provide 40 hours of ground schooling.

Depending on your availability and study choice, the duration of ground school could range from two to several weeks until completion.

Your flight training must at least include 20 flight hours, and depending on how often you fly, this takes anything between two weeks to two months.

Most pilot schools offer 12-week standard courses and 4-week fast-track programs. However, either course is normally based on the minimum flight time required by the FAA.

Most pilots need a few more hours to achieve the necessary flight proficiency, which often adds one or two weeks to the duration.

Overall, expect four weeks to 12 weeks to become a sport pilot and longer if you want to fly at your own pace.

Fun as it may be, a sport pilot license has quite a few limitations.

If you’re looking for an alternative, you could opt for a recreational pilot certificate, which offers access to bigger aircraft and more privileges. Most notably, a recreational license allows you to lift many restrictions through instructor endorsement.

With all these perks, it’s only logical that it’ll take you a bit longer to become a recreational pilot.

The ground school is quite similar to sport’s, though. You may choose between an instructor and a home-study course to acquire the required aeronautical knowledge.

However, the minimum flight time for license issuance goes up to 30 hours, but most pilots require additional hours before becoming ready for a flight test.

All in all, the duration of a recreational pilot course varies from 4 weeks to around 3 months depending on whether you choose a fast-track or a standard course.

But it may take significantly longer if you can only fly on weekends, for example. For that reason, many pilot schools allow you to “pay as you fly” without committing to a formal course.

Fewer than 200 pilots hold a recreational license in the US according to the latest civil airmen statistics.

Why? It’s because of the pilot license we talk about next.

The private pilot license (PPL) makes you wonder why anyone would go for a recreational. With just a little extra investment of time and money, a private license grants you far more privileges than a recreational one.

Private pilots get to fly any aircraft, as long as they receive adequate training on it, for non-commercial purposes.

Getting the license, though, is a bit more complex than that for a sport or recreational pilot license.

You see, the FAA allows pilot schools to operate under either Part 61 or Part 141, which are sections of the Federal Aviation Regulations (FARs).

Regarding minimum flight hours, Part 61 requires at least 40, while Part 141’s minimum is 35 hours. That slight difference is negligible, though, since most pilots need 60 to 75 hours to become qualified for a PPL.

What’s interesting is that you can get your private pilot license in 14 days through an accelerated training course.

But some pilots may take a year or longer to get their PPL, which is perfectly okay as many pilot schools allow you to fly at your convenience.

Whichever option you choose, you can always benefit from an online ground school. For a fraction of the cost, Pilotinstitute.com offers lifetime access to virtual lessons, instructional videos, and practice questions.

So far, none of the pilot license we discussed permits you to get paid for flying aircraft.

That changes when you get a commercial pilot license (CPL).

While not fit for an airline job, a commercial pilot can make money from several aviation activities like banner towing and aerial photography.

Commercial operations often require using cockpit instruments for navigation. The multi-engine rating makes it possible for you to fly aircraft with more than one engine. That comes in handy as the majority of commercial flight takes place on multi-engine airplanes.

Moreover, a private pilot license is a prerequisite for a CPL, which adds up to the total time to become a commercial pilot.

Taking this into account, it can take as little as 12 weeks to get your CPL if you choose an accelerated course. Alternatively, standard (zero to CPL) courses usually last between 6 and 9 months.

You need to build your flight experience to land an airline job.

Most airline jobs require several hundred, and sometimes over a thousand, flight hours.

But you only have a couple of hundred hours or so once you get your commercial license.

So, how do you go about building your flight time?

A popular option is to teach others how to fly. That’s right, working as a flight instructor makes for a great way to accrue hours while constantly honing your aeronautical knowledge and pilot skills.

You don’t have to invest much time or money into it either. Yet again, you get to pick between a standard and a fast-track programs to become a Certified Flight Instructor (CFI).

Although you could complete a fast-track course in 2 weeks, pilot school usually offer tailored courses to fit your availability. Consequently, it takes one to three months on average to complete your CFI training.

Furthermore, you may also get additional training to become a CFII, which enables you to train your students for their instrument rating.

Most budding pilots dream of an airline career.

But you must pay your dues before you become an airline pilot.

The ground school, flight training, and exams to obtain the license don’t take much time. The course, on its own, lasts a few weeks up to 3 months.

What really takes time is getting the required flight hours for the license.

You got to log 1,500 hours to meet the minimum flight time requirement for an Airline Transport Pilot License (ATPL).

Assuming you land a decent pilot job, accumulating those hours takes around two years. Add about a year for getting your CPL, potential CFI, and time spent looking for a job, and the total becomes three years at a minimum.

But here’s the catch:

You must also meet the age requirement for ATPL issuance, which is 23 years. This alone might stall your airline career for a couple of years.

Another factor to consider is that airline jobs are highly competitive, which means your job search may linger a bit.

To simplify matters, expect to spend three to five years until you become an airline pilot.

Becoming a pilot is an exciting pursuit.

How long does it take to become a pilot, though?

It may be weeks for a few, months for others, and even years for some. It depends on your goal, aptitude, and availability among other variables.

But don’t worry too much about the time.

Enjoy the journey knowing you’re one of the few who get to experience the pleasure of flying aircraft. 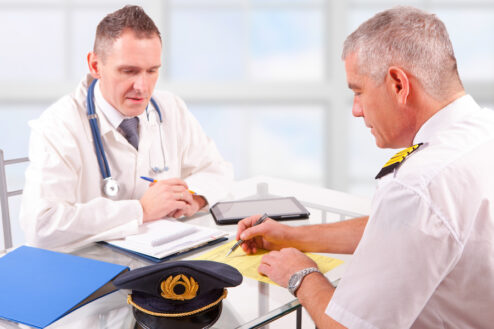