Trying to navigate in a small helicopter is very different from finding your way in a light plane. There are several reasons for this, but the main one is that fixed-wing aircraft are inherently stable, while helicopters are not. This means that the airplane pilot can take his or her hands off the controls for a short period to look at the map, change radio frequencies, or write something down.

However, in small helicopters, it is very difficult to do anything other than fly the aircraft. You cannot let go of the cyclic in most small helicopters for any length of time, and in helicopters, like the R22 you cannot let go of it at all. So you have one hand – the left hand – with which you have to do everything apart from the actual flying. Many people find it almost impossible to write with their left hand, and folding maps one-handed just can’t be done. Also, helicopter flying requires constant attention, since most small helicopters cannot be trimmed for level flight. So if you take your eyes and mind off things, even for a very short time, you can suddenly find that you have climbed or descended several hundred feet – not a good idea if you happen to be in or near controlled airspace, for example.

Early navigation exercises in helicopters can come as a shock to many students. It feels as though there is so much to do, even more, to remember…and the problem is that you have to keep flying the helicopter at the same time. Small wonder, then, that when they start navigation, many students start to feel that they have forgotten how to fly. They can work out where to go, or they can fly the helicopter accurately, but not both at the same time. Don’t panic; as with just about everything else in helicopter flying, it gets easier with practice. And some aspects of helicopter navigation are actually easier than those in airplanes!

This article will first look at the specific issues involved in helicopter navigation. It will then look at what you need to do when you need to navigate for a cross-country flight.

Most of the difficulties involved in helicopter navigation can in fact be solved by careful prior planning and cockpit management. If flying a helicopter, you need to plan as much as possible in advance, knowing that doing so in the air will be difficult. So let’s look at what you need to do…

There are two other alternatives: either learn to write with your left hand or learn to use the cyclic with either hand. For a long time, I did neither and simply remembered any information I was given. However, a very high-hours helicopter pilot pointed out to me that complicated clearances had to be written down, and so eventually I would need to do so. I realized he was right, and worked towards finding a way. I can now use the cyclic with my left hand if I need to, which means that I can write things down while flying if necessary. So it is worth learning to do this in the longer term, even if you can’t manage it immediately.

Other Useful Tips For Helicopter Navigation

How do you manage to fly while you look at the map and work out where you are, talk on the radio, alter frequencies and pressure settings, etc, etc? Again, it helps to plan carefully and remember as much as possible in advance. Note any obvious features on your route such as large towns, isolated hills, uniquely shaped water features, or areas of woodland. Make a note of them on your kneeboard if necessary. If the visibility is good, you may be able to fly from one of these points to another. You can’t always do this, but quite often it is possible. Or you can set your heading, then look for a prominent feature on your track and fly towards it; and when you get there, do the same thing again. This is far easier than constantly looking at the compass, and gives you more time to do anything else which needs to be done – and also to enjoy the flight.

Much of navigation is similar to whatever type of aircraft you fly, so don’t forget to always know your wind direction, remember your regular aircraft checks, and plan carefully if you will be near controlled airspace. And if you are really unsure of your position for any length of time, call a large airport with radar in good time; they are there to help you, and being lost is not a hanging offense. But all of this is so much easier when you aren’t struggling with the basics. Get them sorted out, and helicopter navigation can be relatively easy and lots of fun…and that’s what it’s all about.

Navigation For A Cross Country Flight

Now let’s look at the important points involved in navigation for any flight. These can be divided into three parts – pre-flight planning, en-route navigation, and arrival at the airfield.

You really can’t do too much planning in advance. The more you can manage to sort out before you actually get airborne, the less there will be to do in the air, and the more time you will have for actually flying…and even enjoying the flight. Navigation starts long before the flight before you have even reached the airfield in some instances. You need to check the weather, read the NOTAMs, and make sure that you have the relevant chart(s). Once that is all sorted, you can start to plan the route…and don’t skimp on this just because you may have seen more experienced pilots take off with nothing but a line drawn on the map, and sometimes not even that. When you have done your route plan, check it carefully; it is very easy to do something really stupid like reading the reciprocal of your heading. To ensure that the whole thing makes general sense.

If you are landing at another airfield, phone them in advance, even if this is not officially required. The airfield might be closed for some reason, or there could be problems that you don’t know about. And while you’re doing this, ask what I have found to be the most useful question for helicopter pilots going to new places: “Are there any special procedures for helicopters?” It means that you’ll know on arrival whether the airfield expects you to behave like an airplane and follow their procedures, or if they have any special rules for helicopters. This could save a lot of confusion when you are approaching the airfield.

Make sure that you have the relevant radio frequencies, and book out with ATC, if that is something that needs to be done at your home airfield. Finally, if going any distance, and especially if landing away, take some supplies of food and water. This rarely gets mentioned to students, but it should. At some airfields, it is impossible to get any kind of sustenance, and you can’t fly well when you’re hungry or dehydrated.

When you start, navigating while flying your route accurately appears to be a really difficult bit. How do you look at a map all the time, know where you are, and still fly? The answer is that you don’t. Set you heading from overhead the airfield (or another point if you have been recommended to do this), then note the time and your ETA at your first turning point. After that just check your route every few minutes or so, or when passing overhead some obvious ground features. Don’t constantly look at the chart and try to work out what every single habitation or a bit of woodland is. That way leads to mental overload and other problems. Try to fly accurately and at your planned airspeed, although if you’re slightly off, it won’t make much difference. If you follow the above rules, you should find yourself fairly close to where you want to be when it comes to making a heading change or other correction.

When approaching your turning point, if you find that you are off track, navigate to the correct point using one of the several methods you are likely to have learned by now. Then turn on to the next heading, note the time, and repeat the process.

This all works well unless you are genuinely uncertain of your position. If this happens, use the map to try to identify where you are, orbiting an obvious ground feature rather than simply blundering on, hoping you’ll recognize something eventually. If you still can’t work out your location, but you are close to the main road, railway line, or stretch of coastline, then fly along with it until you can identify your position. If that doesn’t work, ask for help and advice via the radio. Usually, any large airport will identify your position so quickly that you will wonder why you spent so long worrying about being lost. Remember, so long as you have a working radio set, you can always obtain assistance, and you won’t be lost for long.

Arrival at the Destination

During early navigation trips, your destination maybe your point of departure, ie your home airfield. But later on, you will be visiting other airfields, and you need to know what to do and how to land. If you have worked out as much as possible in advance, it should not be that complicated. However, going to a new airfield is always a high workload activity, so it is best to make your radio calls well in advance, and slow down to around 60 knots to allow yourself plenty of time to work out the best approach else you may need to do.

Use whatever approach you are asked to, or choose your own if you can – and this is often possible, particularly at smaller airfields. Remember to keep a very good lookout for other aircraft. Many fixed-wing pilots find small helicopters hard to see, so don’t just expect them to avoid you

It might sound strange, but make sure that you always positively identify the airfield at which you are planning to land. Believe it or not, it is fairly common for pilots to land at the wrong airfield, particularly if two airfields in close proximity have a similar runway layout. If something looks wrong from overhead, then it probably is, so sort things out before landing if at all possible.

Other things you may learn about are navigation in marginal visibility, and when and how to divert to another airfield or make a precautionary landing in a field. In addition, you will learn how to use different scale charts. And you may do a little radio navigation, using VORs and possibly other radio navigation equipment if it is fitted to your helicopter. Indeed, you will never stop learning! There is always something more when it comes to helicopter navigation.

As you will have realized by now, when it comes to helicopter navigation there is a great deal to learn. But don’t despair. Eventually, you will come to enjoy it, for finding your way and going to new places is what helicopter flying is really all about. And although you may already have decided to invest in a GPS as soon as you have your PPL(H), and these days there is quite likely to be one already fitted to your helicopter, remember that basic navigation is still a useful skill to have, and one that many pilots find immensely enjoyable.  So go on out there and enjoy it!

How to Become a Helicopter Pilot 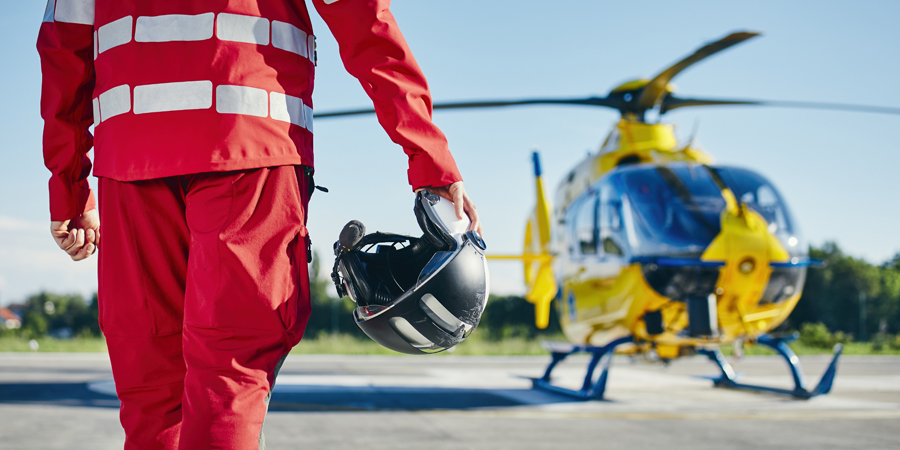 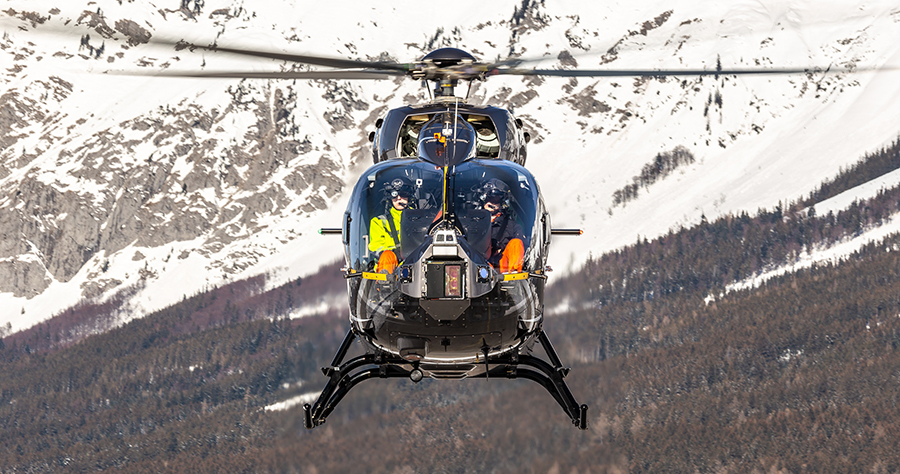 Learning to Hover a Helicopter