An Expert’s View of the Remote ID NPRM: An Interview with Kenji Sugihara

Drones are usually the news for the wrong reason. We want to showcase responsible users. What’s your story? Share it on social media using the hatshag #dronesforgood and let’s change the narrative on drones.

As part of our ongoing series on discussion and analyses about the FAA’s Remote ID NPRM, we had the opportunity to interview Kenji Sugihara, a professional drone pilot, a practicing attorney in Oregon, and co-owner of ACAM Aerial. He is an expert in Remote ID and was part of the Aviation Rulemaking Committee (ARC) for Remote ID. We don’t need to list down all his credentials (it’s a very long list) but trust us when we say that he knows what he’s talking about.

In our interview, we talk about his opinions on the Remote ID NPRM, answer some of the more common questions people have, and describe how it will affect the commercial drone industry.

How he got into the ARC

How did Kenji end up on the ARC that had the power to make proposals for Remote ID?

From the onset, Kenji was already keen on analyzing a method for creating accountability for drone pilots. However, he was also aware of the security and privacy issues that such a system could pose if the info of the drone pilots were made available publicly. Around 2015, he wrote a white paper on drone identification. Serendipitously, he was in DC at around the same for another function and ended up attending an FAA session on Remote ID. Upon presenting his paper to the committee, he was invited to be a part of the ARC.

How was the ARC proposal different from the Remote ID NPRM?

During the ARC, the proposal was based on a tiered structure, which the FAA somehow adopted. The idea behind the tiered structure is to impose context-based solutions to ensure that the requirements made of drone pilots were both reasonable and sufficient, given the specific applications.

In contrast, what came out of the NPRM required a network connection even for the simplest drone operations. This was never contemplated during the ARC. Kenji also believed that requiring both broadcast and network for a majority of Part 107 operations was overkill.

Basically, what happened is that the FAA took the recommendations of the ARC for Tier 2 operations and made them requirements for both Tier 0 and Tier 1 operations.

What is the downside of requiring an Internet connection for Remote ID?

One of the most obvious consequences of requiring the drone to send signals via a network is that it will make drones more expensive. Having to build in these chips on new drones will inevitably result in the expenses getting passed to the customers. There’s also the question of the type of chips to be installed – will it require different chips for different network carriers?

Kenji noted that it might be possible to comply with the network requirements by using your mobile phone’s network connection. By connecting your phone to the ground station which, in turn, communicates with the drone, then there may be no need for Internet-capable drones. How drone manufacturers can respond to the new requirements, if they are even implemented, is anyone’s guess at this point.

There’s also the minor hiccup that not all ground stations have the capability of communicating with mobile phones, especially for inexpensive drones.

Why not just use broadcast all the time?

Kenji’s opinion is that there are no benefits to imposing a requirement to have a network-based Remote ID. With network connections, the sole advantage is that there’s going to be a nation-wide oversight of drone activities, probably by the FAA or another agency in DC. However, the law enforcement that’s going to respond to drone-related incidents isn’t going to be from DC – it’s those that are already nearby.

Was compliance to Remote ID discussed during the ARC?

It has been often brought up that using Remote ID is still a largely voluntary thing. Pilots who intend to do evil or malicious things with their drones aren’t going to activate Remote ID. Was this element of compliance discussed during the ARC?

The FAA made it clear that Remote ID was for the compliant, careless, and clueless – not for criminals. However, this was not the impression that drone pilots got from the NPRM. It has been reasoned that compliant drone pilots pretty much self-report on their operations, especially since the launch of the LAANC system.

How can DIY kits and FPV models be compliant with the NPRM?

Out of all the sub-groups of drone pilots, those that build their own drones stand to hurt the most from the Remote ID NPRM. FPV kits are built to be light and fast and aren’t designed to have all the communication modules needed for Remote ID. They also don’t have a serial number, given that they are built from scratch. What is the FAA’s stand on this community’s compliance?

The interesting thing to note, according to Kenji, is that Homeland Security is seemingly more concerned about FPV drones, precisely because of how small and fast they are. A possible solution that allows home-built drones to operate would be to require volume-based notifications or Remote ID requirements only in high-traffic areas, high-population areas, controlled airspace or other critical areas.

Is there anything in the Remote ID NPRM that protects the privacy of the pilot’s data?

The privacy and security of the drone pilot have been some of the biggest concerns ever since the idea of a Remote ID was first developed.  With Remote ID, the location of both the drone and the drone pilot can be broadcasted over a network connection. Will it be possible for some of the information to be made visible to law enforcement but hidden from the general public?

Yes, this is a technical possibility according to Kenji. There are encryption standards in the ASTM which can be used to implement selective access of data broadcasted through Remote ID. However, there is nothing written in the NPRM that pertains to hiding some of the pilot’s data, and it was only after the NPRM was written when the issue of pilot privacy was raised. This is a matter that’s still under discussion and will likely be revised before any concrete laws are put into place.

Will there still be a way to fly drones for free after Remote ID has been implemented?

The trajectory towards “privatization” of the national airspace, of which Remote ID seems to be the first step of, is a very real concern that has been brought up by several drone communities and experts. Kenji has observed that telecommunications companies stand to benefit from the network requirements of Remote ID, as it means that drone pilots will need to require added data plans.

The cost may not seem like much for big-brand drones, but there are a lot of small-scale drone designers and manufacturers who may not have the capacity to absorb such expenses.

Is there anything else in the NPRM that the drone community is not paying attention to?

Kenji noted a particular issue that has not been discussed much in the context of Remote ID: does it still allow indoor flight? If so, will indoor flight require Remote ID?

The thing about flying your drone indoors is that it cannot receive GPS signals, so it cannot broadcast its location. However, this is a minimum requirement of Remote ID, without which your drone cannot take off. In essence, Remote ID prevents anyone from flying their drone indoors. This runs in conflict with the jurisdiction of the FAA because any indoor space is no longer considered part of national airspace.

Taking this reasoning further, flying a drone under heavy canopy cover or inside a canyon with steep walls puts you at risk if not being able to broadcast your location because of poor GPS reception. This means that you will no longer be compliant with Remote ID.

How can this issue be resolved? Kenji proposes offering the option to turn off Remote ID, but this isn’t something that the FAA is likely to agree with.

How would you change the way that you approached the ARC?

This was a theoretical question posed to Kenji, knowing now how the Remote ID NPRM turned out. As part of the ARC, would he have done things differently to influence the creation of a more favorable NPRM?

According to Kenji, he would have considered including Homeland Security as part of the decision-making process so that they can be part of the consensus instead of coming in after the ARC recommendations had been published.

One thing to remember about Remote ID is that it requires compliance for it to work. If drone pilots refuse to follow Remote ID requirements, then the whole system and the rulemaking process will all go to waste. Given how many drone pilots there are in the US, the FAA simply doesn’t have enough resources and manpower to pursue all the violations.
For this reason, it will be in the interest of the FAA to make compliance easy and inexpensive. Already, there has been a lot of resistance from the drone community regarding the NPRM. At its current state, the Remote ID NPRM stands no chance of achieving high compliance numbers.

As for the drone community, Kenji is encouraging coming up with a unified and aligned statement as a response to the NPRM. We have to remind the FAA that regulations must be made to allow the industry to thrive. The least amount of regulation that satisfied policy objectives would be best for everyone.

As of now, the Remote ID NPRM has already received more than 13,000 comments. In comparison, the Part 107 NPRM only received around 4000. Clearly, this issue has resonated a lot with drone pilots. How long will it take before Remote ID can be implemented? Nobody knows for sure, but it took the FAA about a year for the Part 107 rules to be implemented. About two years would be a reasonable expectation for Remote ID. 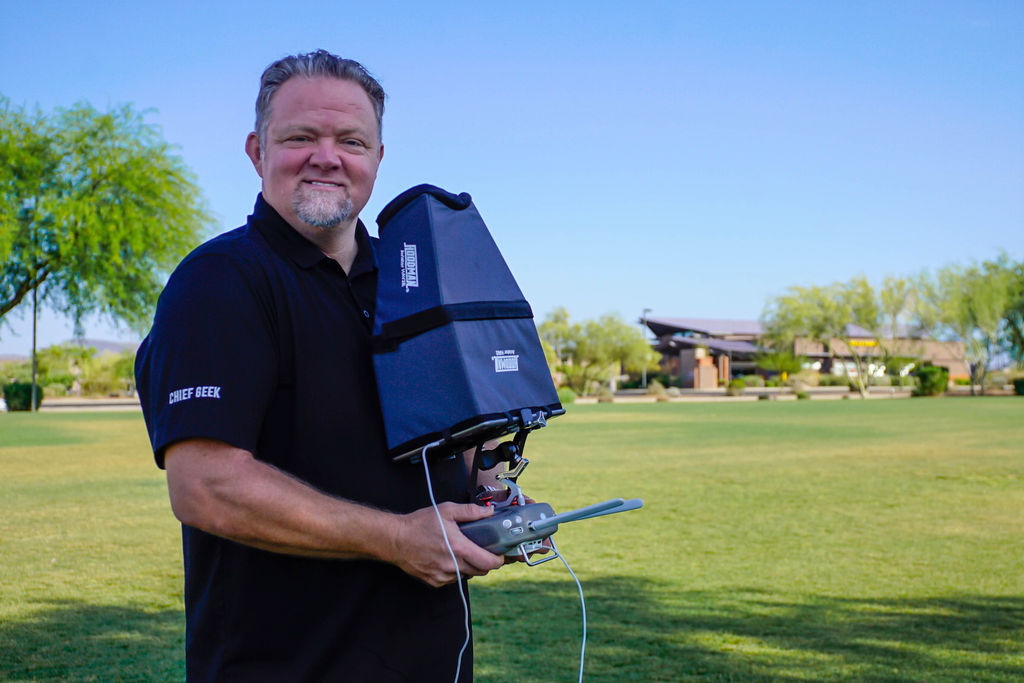 From Hobbyist to Market Leader: How Mark Taylor Scaled his Drone Business
Read the story