Flying a drone at night sounds like a great idea in theory. What better way is there to capture shots of the city skyline that highlight all the lights from the buildings and cars? However, the reality is far from being that simple.  Flying at night is a little more challenging, solely because of how diminished visibility becomes.

What does the FAA say about flying at night? What do you need to so you can fly at night legally?

When it comes to any drone flight restrictions, it’s best to look at Part 107 first as a starting point of discussion. In this case, the relevant rule is under Section 107.29, Daylight operations, stated as:

“You can fly during daylight or in twilight (30 minutes before official sunrise or 30 minutes after official sunset, local time) with appropriate anti-collision lighting.”

There isn’t much in the rule that needs further interpretation. It outright prohibits drone flight for Part 107-licensed pilots outside of daylight. Flight during twilight is acceptable, but only if the drone is outfitted with appropriate anti-collision lighting. The qualifiers for being “appropriate” are still ambiguous in this context, although the FAA might be implementing more defined metrics for that soon.

The restrictions against night flight have proven to be one of the most problematic for commercial drone pilots in the past years. There are simply way too many lucrative opportunities that can be gained by flying drones at night. As mentioned, there are photography and filmmaking opportunities that only come up once the sun goes down. Drones may also be needed to provide video coverage of events that happen at night or to wrap up massive mapping surveys that simply cannot be finished within the window of daylight.

Can I request a waiver for night flight?

One of the provisions included in the Part 107 rules back when it was first implemented was a waiver system that allowed commercial drone pilots to operate outside of the pre-defined limits. These were deemed to be special cases that the FAA could approve on a case-per-case basis.

The FAA released a pre-defined list of flight restrictions for which licensed drone pilots could request a waiver, and one of these was drone flight at night. There’s a considerable amount of tedium in the waiver request process, with drone pilots needing to submit documentation which details their operations, the anticipated risks, and the mitigating measures to be implemented. A lot of thought needs to go into these descriptions, as the FAA uses them as the major determining factor in deciding whether to approve a waiver request or not.

As a testament to the commercial relevance of being able to fly drones at night, a staggering 95% of the more than 3000 waivers that the FAA has approved so far have been for night flight. For almost all of these approved waivers, the FAA requires the use of prescribed brands or models of anti-collision lighting. They also require detailed documentation on any pre-inspection activities as well as a summary of the flight operations.

While it’s a positive sign that the FAA is very open to granting waiver requests for flying at night, the reality is that the system is still very inflexible for commercial drone pilots. Aside from the work needed to file a waiver request, the FAA also prescribes a 90-day lead time for requests to be approved. For many commercial drone pilots, a lead time this long is simply unacceptable. It forces them to prepare way ahead of time for drone jobs and forces them to miss out on jobs when there isn’t enough time to make a waiver request.

The waiver system is good and has been a welcome addition to the Part 107 rules, but it’s not perfect. For the commercial drone industry to thrive, they need a better, more sustainable, and long-term solution. This has been what the FAA has set out to do with recently proposed changes to Part 107.

In January 2019, the FAA published a notice of proposed rulemaking (NPRM) summarizing proposed changes to the Part 107 rules. There were several proposals in the document, but one of the more significant ones concerned drone flight at night.

In summary, what the proposal says is that the FAA is considering lifting the requirement to request waivers for night flight. In exchange, drones will need to be equipped with anti-collision lights that remain visible up to a distance of three statute miles. The FAA will also be putting a focus on “night physiology and night visions” on the current certification process, so the Part 107 knowledge test may also be affected.

Moreover, the FAA is considering changing up the certification process from “testing” to “training.” Obviously, this will have more far-reaching effects than simply being able to fly at night, but that’s a topic for another day.

What prompted the FAA to make such a proposal? The most apparent reason is the huge volume of waiver requests that they continue to receive for drone flight at night. If the FAA could implement regulations that allow for legal drone flight at night, they can lift a huge burden off their team that reviews and processes Part 107 waivers.

The fact that the FAA has not recorded any drone accident related to night flight since the creation of Part 107 probably also played a role in them coming to this decision. Perhaps this comes down to the fact that licensed drone pilots have been exceptionally responsible in how they have practiced their waiver privileges, or that drone pilots have been flying at night years before the Part 107 rules were implemented.

The proposed change will also come with an added waiver provision that will allow commercial drone pilots, upon approval from the FAA, to fly at night without the prescribed anti-collision lighting. Perhaps this will be useful for law enforcement agencies who use drones for surveillance, but we can’t imagine career drone pilots needing to request for such a waiver. The FAA probably anticipates such conditions so that it won’t be such a huge added burden to their waiver processing work.

There is no word yet on when the proposed changes will become part of the law. The NPRM entered into the Federal Register in February 2019, after which the FAA accepted comments on it from the general public. Presumably, the proposal is now undergoing a period of review and revisions. However, we might have to wait several months to more than a year before anything gets implemented. Only the FAA knows for sure when it comes to this matter.

One of the more peculiar things about the restrictions against night flight is that it does not apply to recreational drone pilots. As long as you’re flying your drone just for fun, then you are free to take off after dark without worrying about legal consequences. This has long been a point of controversy among the commercial drone community, with licensed drone pilots worried about getting “undercut” by drone pilots illegally flying for profit.

This exception to the rule means that Part 107-licensed drone pilots can fly at night without a waiver as long as they do not partake in any commercial drone flight activity. As an aside, the FAA requires that the intent of the drone flight be determined at take-off. This means that you cannot initially start a drone flight under Part 107 rules and suddenly shift to recreational rules when it gets dark. These rules aren’t to be followed only when it’s convenient.

If you are flying purely for fun, then there are two points we’d like you to remember. The first is that although you’re not breaking any laws by flying at night, you will still be held liable if your operations happen to cause any property damage or injury to a person. You might also run into privacy issues, especially if you’re flying a drone at night over populated areas or your neighbor’s house. When you’re flying just for fun, the last thing you want is to be reported to the cops.

The other thing to remember is that it can be very easy to cross the line between recreational and commercial drone flight. You might snap a few aerial photos while you’re flying at night, but you’re not allowed to make any profit from them if you did not fly under Part 107 rules. You also cannot upload any photos or videos taken at night to aid any business, online or otherwise, if you did not have the appropriate waiver. The distinction can be particularly hard to make if you’re a Part 107-licensed drone pilot who flies under recreational rules every now and then, so those who have drone licenses have to be extra careful.

The restriction against flying a drone at night has proven to be one of the more controversial parts of the Part 107 rules. As the number of waivers filed shows, being able to fly at night is a very valuable asset for a lot of commercial drone pilots. At no point, there’s no telling how many jobs commercial drone pilots have passed up simply because they did not want to go through the bother of requesting a waiver or because the waiver approval process takes too long.

There’s hope on the horizon, though, as the FAA has already published a proposal that will allow for waiver-free drone flight at night. Although it may require getting a new set of anti-collision lights, there’s no doubt that thousands of commercial drone pilots are eager to see the new rules implemented. 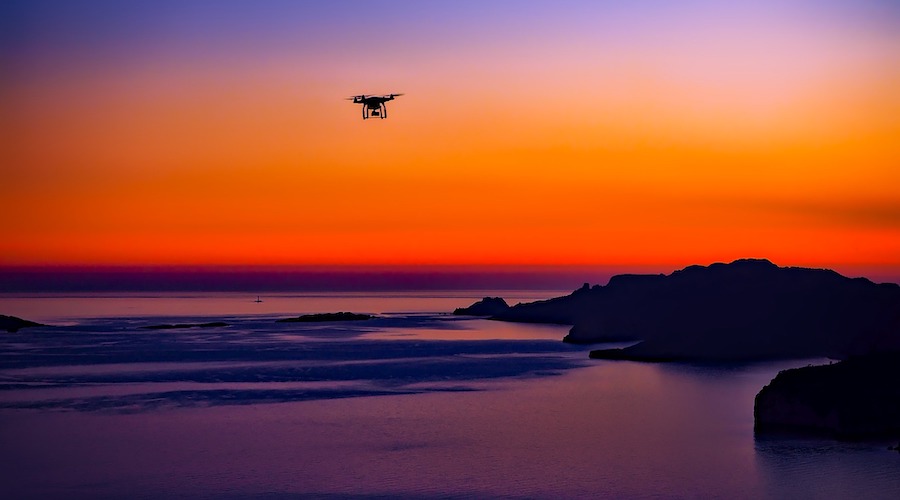 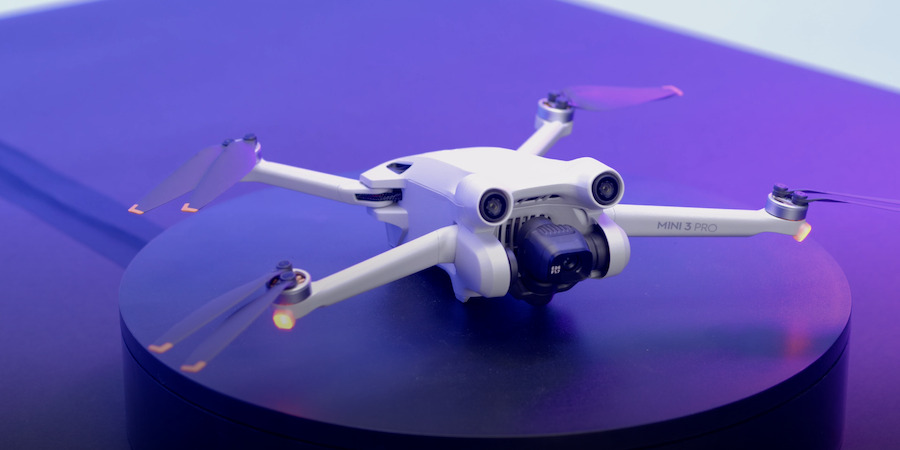