What is the difference between an AIRMET and a SIGMET?

AIRMET and SIGMET weather advisories are issued to warn pilots of potentially hazardous weather conditions they might encounter while flying. AIRMETs consist of turbulence, visibility, and icing-related warnings that are less severe than those in a SIGMET. A SIGMET includes thunderstorms, volcanic ash, dust storms, as well as other weather (described below), and is more severe overall.

While AIRMETs are generally issued for six-hour periods and amended as necessary due to changing weather conditions, SIGMETs are issued as needed. They may be valid for a specific area and time.

What is an AIRMET?

An AIRMET is a weather advisory for pilots that alerts them to potential hazards in the air. The acronym “AIRMET” stands for “Airmen’s Meteorological Information.”

There are three types of AIRMET, referred to by their phonetic alphabet letter: Sierra S, Tango T, and Zulu Z:

An AIRMET is only issued if the weather conditions are widespread, which means that it covers an area of at least 3000 square miles. However, because the weather condition can move across this extended area during its validity time, only a small part of the entire region may be experiencing these effects at any given moment.

AIRMETs are issued by the National Weather Service (NWS) and are valid for a specific area and time. AIRMETs are generally issued for six-hour periods and amended as necessary due to changing weather conditions or the issuance or cancellation of a SIGMET.

A SIGMET is a weather advisory for pilots that alerts them to potentially hazardous weather conditions. The acronym “SIGMET” stands for “Significant Meteorological Information.” Compared to an AIRMET, a SIGMET contains information about more severe types of weather.

There are three types of SIGMET:

In the US, there is an additional type of SIGMET, known as a Convective SIGMET.

The information mentioned above is typically broadcast on ATIS, ATC, and VOLMET facilities. They’re each given an alphabetic designator from N through Y (except for S and T). SIGMETs are issued as necessary and remain valid for four hours. For hurricanes and volcanic ash outside of the CONUS (Contiguous United States), SIGMETS are valid for six-hour intervals.

There are three different types of Convective SIGMETs:

How to Read a SIGMET

SIGMETs are similar to METARs and TAFs but use a slightly more complicated structure. Let’s take a look at it in detail.

SIGMETs use the following abbreviations to denote specific types of weather phenomena:

This structure is divided into three sections:

The header uses the following structure:

The body section of a SIGMET has many variations and takes the following structure:

<Phenomenon>: Denotes any of the following:

In a convective SIGMET, the following additional codes may be used:

<Level> indicates the altitude of the phenomenon, where:

[INTSF/WKN/NC] denotes the change in strength over time.

[FCST AT <GGgg>Z <location>] helps note where the front is expected to be at the end of the SIGMET’s validity period.

Suppose a SIGMET’s validity period is about to expire, but the weather phenomena are still expected to occur. In that case, a new sequence number will be added to the SIGMET, thereby renewing it.

The following will replace a SIGMET that is canceled during its validity period:

As a pilot, it is essential to understand SIGMETs and AIRMETs in order to make better decisions about whether a flight should be canceled, diverted, or rerouted. SIGMETs and AIRMETs keep you safe by providing information about the conditions in a particular area and along your planned route.

In addition, the ability to quickly read and understand SIGMETs and AIRMETs can help you avoid dangerous weather phenomena such as thunderstorms and severe turbulence – an extremely useful skill!

Use this article and practice reading actual SIGMETs and AIRMETS. Try to decipher them as quickly as possible. You should find that what appears to be Greek at first slowly becomes very intuitive. 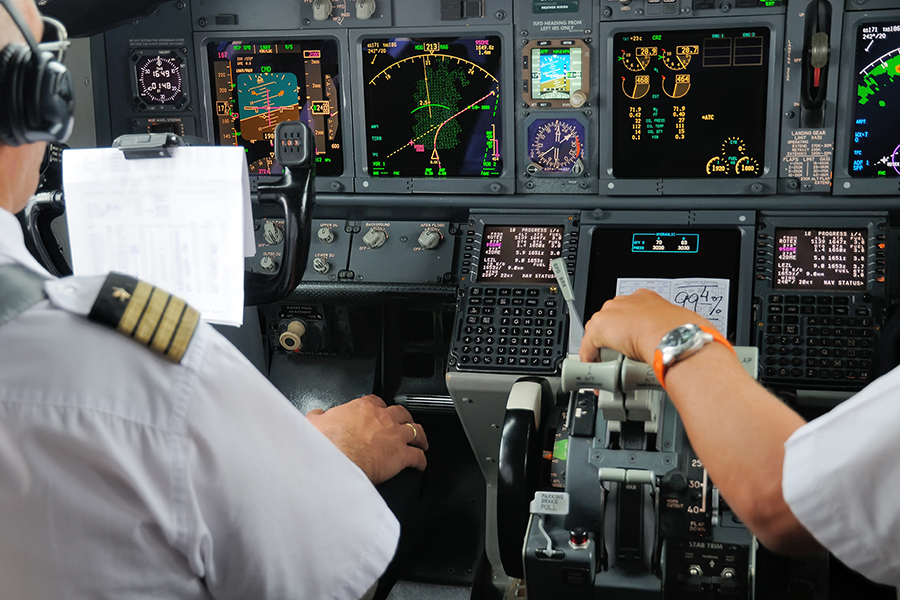 LASIK for Pilots: Is it a good idea?

What Are the Typical Aircraft Options in Flight Schools?