Women are being recognized more and more each day as equals to their male counterparts, even in industries that have been traditionally dominated by males. In this article, we shine the spotlight on one such industry – aviation. How has the representation of women in aviation improved? Let’s look at the numbers.

What percentage of FAA-certified pilots are women?

Although there has been a steady growth in the number of female pilots in the last few decades, the percentage of female pilots remains low. If you fly commercially regularly, then you don’t even need to look at statistics to make this observation. To support this conclusion with concrete numbers, the table below summarizes the gender distribution of pilots and other aviation personnel for the year 2021.

The pilots show that there are now only 64,979 women pilots, which accounts for 9.02% of the total. The numbers become significantly less if you discount the pilots that only hold student licenses – (6.03% of non-student pilots are women). The percentage of women that are flight instructors or remote pilots don’t fare much better at only 7.70% and 7.61%, accordingly.

Looking at the statistics of non-pilot aviation personnel, it’s clear that it is only in the dispatcher and flight attendant positions that women are most visible.

What have been the historical trends of women pilots?

The 2018 data only shows a “snapshot” of the status of women in aviation but does not if there has been an improvement in representation. To observe a trend, we must look at the data from previous years. The tables below show the five-year trends in the number of women in each profession and their percentage of the total.

There are quite a lot of numbers to leaf through, so let’s focus on just a few points:

All in all, female representation is growing. The percentage of for-hire female pilots is lower than the percentage of female boat captains and operators (8.2%), female police officers (15%), and female doctors and surgeons (31.8%). The common thread running across these professions is that they were all (and still are) traditionally dominated by males. However, compared to these industries, female representation in aviation still has a long way to go.

The lack of female representation even extends to airline management. A report by CAPA back in 2010 found that there were only 15 women CEOs or Managing Directors in airlines worldwide. A follow-up report in 2015 revealed that these figures even got worse as the female leaders moved on and were replaced by male counterparts.

On average, female pilots are younger than their male counterparts. This is a promising sign as women are increasingly choosing to become pilots:

The history of women in aviation

Despite these women achieving feats that put them in the history books of aviation, the percentage of women in aviation remains low. In the 1960s, only one in 21,417 women held a pilot certificate. By the 1980s, the ratio improved to one in 4,224.

What are the barriers to having more women pilots?

As we can see, women are slowly growing as a percentage of pilots. What challenges do women in aviation face?

1. The perception of aviation as a field where men naturally excel in

Getting a pilot’s license can be incredibly expensive. Between the costs renting an aircraft to log your flight hours, the fees for the flight instructor, any instruction material or manuals, insurance, and the FAA testing fee, you’re bound to spend more than $10,00 even just to earn a Recreational license.

The estimated cost is already intimidating for just about anyone. For anyone who would like to go to flight school and attempt to earn a license, they likely go through a process of internal evaluation where they assess if they can earn back their investment. This involves an introspective look into their chances of becoming a successful pilot.

If aviation was perceived as an industry where females can excel just as much as males, more women may be pre-disposed to invest in the training and try to become licensed pilots.

2. A training environment that is not friendly towards females

The answer is that many of them do not finish the training course or choose to not pursue an advanced pilot license. More than any other factor, it’s the training environment that has been noted as a contributor to this phenomenon.

The standard flight training program is designed for male students, who comprise around 90% of any training group. As such, most flight instructors are also male. This can sometimes make it more difficult for female flight students to communicate well with instructors and to receive social support from their peers.

Several studies have shown that female pilots tend to be judged more negatively when they make errors.

More than sexist comments, separate studies have shown that female pilots are judged as being less competent. This trend in responses was observed whether the respondents were male or female, or pilots or non-pilots.

What will it take to promote better gender representation in aviation?

The barriers that women pilots face are getting more attention.

In 2018, the International Civil Aviation Organization (ICAO) with the South African Civil Aviation Authority conducted the first Global Aviation Gender Summit. The conference tackled gender-related agenda, citing how women are under-represented among FAA-certified crew and in the senior management teams of airlines. A similar conference was held in Seoul in June 2018, aptly entitled ‘Shattering the Ceiling – The Rise of Woman in Asian Aviation.’

The Women of Aviation Worldwide Week is a global event that aims to spread awareness about gender imbalance in the aviation industry. It was launched back in 2011 and has been attended by aviation companies, associations, and individuals who wish to showcase the opportunities that the aviation industry can offer to women. The next iteration of the event will take place from March 2 to 8, 2020.

To provide a community for female aviation professionals, the Women in Aviation International (WAI) was founded back in 1994. This non-profit organization serves as a support group for mentors and advisors to get in touch with female colleagues in the aviation industry. WAI now as more than 12,000 members globally, including men who support better female representation.

Embry-Riddle Aeronautical University hosts day events and summer camps where middle-school and high-school girls can be introduced to opportunities in aviation and even go on introductory flights. Through these events, Embry-Riddle is hoping that more girls catch the “flying bug” and pursue a career in aviation when they grow up.

Another solution is to provide scholarships so that women can afford flight lessons. In 2019, Boeing announced funding of $3 million for scholarships to be granted to under-represented populations in the aviation industry. The target group included females, minorities, and veterans.

While other industries, such as the medical field or law enforcement, have enjoyed a marked improvement in female representation, aviation is still struggling. Progress over the past few years has been growing.

The Actual Difference between Hobbs and Tach Time 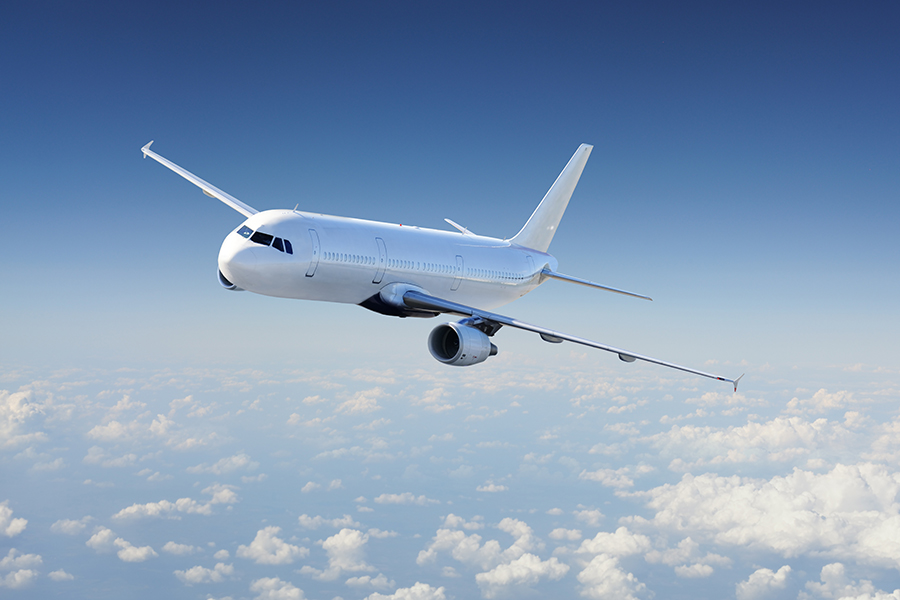 What Is Turn Radius (Aviation)?