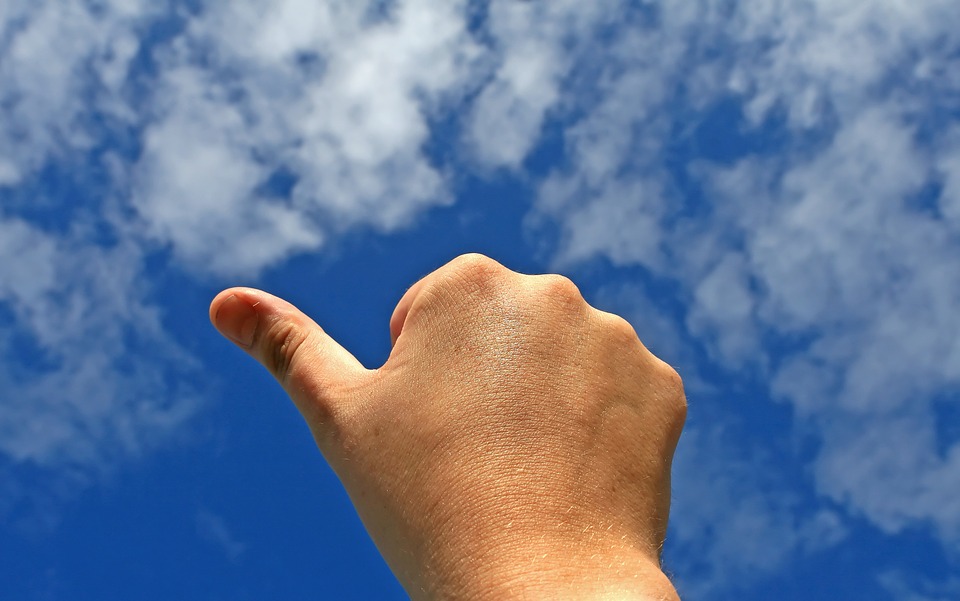 The Part 107 rules were made primarily to maintain the safety of national airspace. Although it only applied to commercial drone pilots, it still gave the FAA a degree of control over when and where drones are allowed to fly.

However, there’s also a flipside to the Part 107 rules – it should still create an environment that was healthy to the growth of the commercial drone-based service industry. For this reason, some flexibility was built into Part 107, allowing the drone pilots to fly a little outside what the rules would usually allow.

A provision for requesting for waivers was included in the Part 107 rules since it was implemented. This gave licensed commercial drone pilots a bit of legroom for “coloring outside the lines.” The FAA recognizes that not all drone job opportunities may occur within the boundaries of the rules outlined by Part 107. By allowing pilots to request for waivers, they can still operate in otherwise restricted conditions but in a legal and safe manner.

A waiver needs to be requested by the operator to the FAA, subject to the FAA’s requirements. After a waiver request has been submitted, the FAA needs to review the details of the request before they decide whether they will approve it or not. All waiver requests are subject to the discretion of the FAA and may take up to 90 days before being granted.

What provisions of Part 107 can be waived?

The FAA has specified selected regulations for which waivers can be granted. They are as follows:

*There are other sub-provisions within this section, including flight at more than 400 feet altitude, faster than 100 mph ground speed, in visibility of less than 3 state miles, within 500 feet below clouds, and 200 feet horizontally of clouds.

Commercial drone pilots used to have to secure a waiver for Section 107.41, or operation in certain airspace. Back then, this waiver was a requirement for drone flight in controlled airspace, or the airspace immediately surrounding airports and air traffic facilities.

This waiver provision was eliminated starting 2017 when the FAA rolled out the Low Altitude Authority and Notification Capability (LAANC), a software feature that allowed drone pilots to request for airspace authorization directly from the FAA and receive near-instant response. Thus, waivers became unnecessary and the waiver records for this particular regulation have been stricken out of record.

Defining these regulations is important because the FAA has shown a predisposition to grant particular waiver types more than the others, as we shall see later.

How many and what types of waivers has the FAA granted?

We can get a lay of the land by looking at the number of waivers that the FAA has granted and what types of waivers these were. As of January 2020, the FAA lists over 3600 waivers granted on their website. The waivers for Section 107.41 have already been removed from this list. Some of these waivers applied to multiple flight restrictions, although multiple waiver requests presumably had to be done.

Unfortunately, there’s no way for us to determine how many waiver requests were received by the FAA and compare it to the number that were granted. Only the FAA knows this, and they haven’t made the information available. Still, the high number of granted waivers is still pretty encouraging.

Of the 3600 waivers granted, a huge portion – a little more than 95% – was for drone flight outside of daylight or twilight. This is hardly a new trend and has been observed ever since the Part 107 rules were put in place. Before the removal of waivers for controlled airspace, the portion of waivers for night flight sat at around 90%. However, eliminating the records for 107.41 waivers further emphasized how much effort goes to requesting and approving waivers for drone flight at night.

The second most common waivers that were granted by the FAA were for drone flight over populated areas. With 98 waivers approved, it accounted for just about 2% of the total. This may seem like a small number compared to the big picture, but it was apparently significant enough for the FAA to consider in their deliberations for changes to the Part 107 rules.

An interesting trend we’ve observed about waivers granted for flight over people is that all but nine of them were approved from 2018 to 2020. This seems to indicate an evolving paradigm on the side of the FAA that places a bit more trust on the licensed drone pilots. As we shall see later, this change in mindset may eventually result to changes in drone-related policy.

There were multiple waivers granted for drone flight without a visual observer, beyond visual line-of-sight, and the operation of multiple drones by a single drone pilot. However, these waivers only accounted for about 1% each of the total. A minor detail is that a majority of these drones were also granted in the latter years of Part 107 implementation. At last place is drone flight from a moving vehicle with only four granted waivers.

What does this all mean? What we’re trying to point out is that there are certain drone flight restrictions for which the FAA is more open to granting waivers for. If you’re a commercial drone pilots who need to fly at night, then you have a very good chance of getting your request approved. Chances are a little slim for drone flight over people, but all hope isn’t lost. However, if you need to fly multiple drones at the same time or fly beyond visual line-of-sight, you may have to resort to extraordinary measures to have your waiver request granted.

Tips to improve the chances of your waiver being granted

We may not know the numbers, but we can be certain that not all waiver requests received by the FAA receive the nod of approval. What can you do to make sure that yours does? Here are some of the best tips to follow:

1. Provide as much detail as possible

Part of the FAA’s evaluation process is determining whether the drone operators knows what they are doing. If you’re the operator filing the waiver request, then the best way to demonstrate this is to make your request as detailed as possible. The electronic form you’ll have to fill out on the FAA DroneZone website will tell you all the details you’ll need to provide at the minimum, but there’s nothing stopping your from going the extra mile.

The most important details would include the make and model of your drone including its technical specifications, the purpose of your operations, and its location, date, and time. It would be best to provide specific coordinates of the location and define the areal extent of the operations via a border and an altitude ceiling.

Part of the details you’ll need to provide is a list of the risks you are anticipating for your operations and a mean to mitigate said risks. Make this list as thorough as possible, even if some of them aren’t directly related to the specific restriction you’re filing a request for. It shows the FAA that you recognize that these risks will be present and that you will be well-equipped to address them when they come up.

When you’re planning drone operations that will run contrary to the Part 107 restrictions, there’s a chance that you’ll have to apply for multiple waivers. This is the case when there is more than one restriction to be concerned with. Usual examples of these include flying at night while also above people or above the 400-foot altitude ceiling.

If this is the case, then you’ll have to do multiple waiver applications. The anticipated risks and mitigating measures may vary from one application to the other. If you will be flying within controlled airspace as well, then you’ll need to indicate that you will requesting for airspace authorization via LAANC. Basically, you need to leave no stone unturned.

3. Review the waivers that have been granted

One of the most challenging parts of applying for a waiver is in coming up with a list of anticipated risks and formulating mitigating measures to address them. If it’s just your first time to fly under such circumstances, then how will you know all the issues that could come up?

Formulating mitigating measures, however, is a whole different matter. This requires creativity, innovation, and a knowledge of the available technology that could aid your cause. What if you can’t come up with a good answer? Well, you can simply check out a couple dozen of the waivers that the FAA has approved to look at the measures that they have recommended.

For flying over people, you may have to equip your drone with a parachute attachment. For flying outside of daytime, the FAA may require that you use particular models of anti-collision lighting systems and a GPS tracker accessory. For flying above 400 feet, you may need to issue a NOTAM at least 24 hours before your planned operations. The measures may vary from one circumstance to another, but it’s still worth the time to check out what has already worked.

Mitigating measures have to more than written down in your request – you’ll have to actually implement them during your operations. This requires a certain level of commitment on your part. Before you propose a measure, make sure that you intend to follow up on your proposal and that you have sufficient resources to do so.

You might need to buy additional accessories to execute your operations, such as for drone flight at night or over people. If you need anti-collision lights, you’ll need to make sure that it can remain visible beyond two statute miles.

Despite your best efforts, the FAA may still need additional details beyond that which you provided in your request. It’s not the end of the world if that were the case, as the FAA can still get in touch with you for clarifications. To help you get your request approved as quickly as possible, it will be in your best interest to respond to these questions.

The Part 107 waiver system has been pretty well-established since 2016. With the data that the FAA has collected over this period, they may have decided that it’s time to make some changes.

On January 2019, the FAA published a notice of proposed rulemaking (NPRM) outlining several proposed changes to the FAA rules. Among these proposed changes is a more relaxed stance towards drone flight outside of daytime and over people. If these proposals become implemented, there may no longer be a need for drone pilots to file for waivers related to such restrictions. More than lifting this burden off drone pilots, it also eliminates more than 95% of the waiver requests that the FAA receives.

In the case of drone flight at night, FAA’s condition will be for drones to have anti-collision lights that are visible for up to three statute miles. They also recommend that drone pilots undergo training focused on “night physiology and night visions.”

To allow for drone flight over people, the FAA is proposing a system that will categorize all drones into three classes. These classes will depend on the weight of the drone and the severity of injury that it can cause should it crash. Drone manufacturers will be responsible for creating testing standards for their products and for providing evidence that their drones belong to any of the three categories. For ease of access, the FAA will be maintaining a database of all drone models classified according to this new system.

What Is Drone Soccer?

What Are Drone Consulting Services? How to Get Started

Ingenuity and the Challenges of Flying A Helicopter on Mars