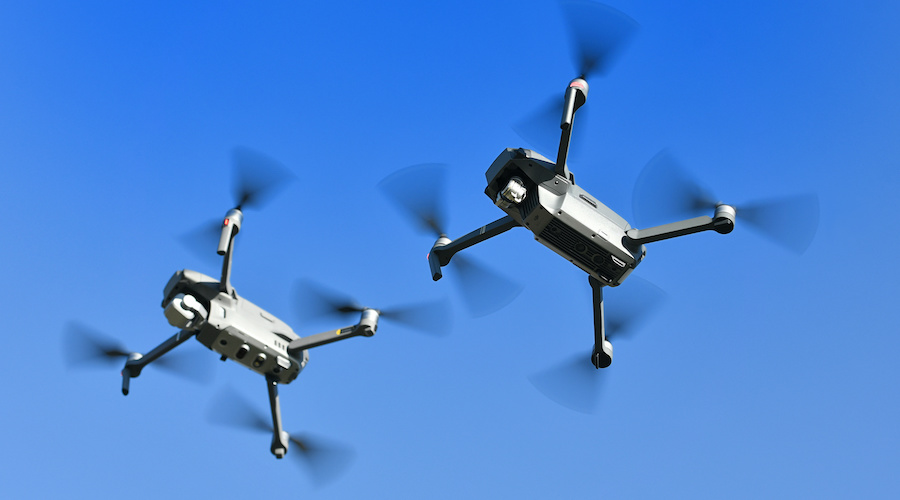 Drone light shows seem to have become a staple part of large and high-profile events, such as the 2019 Superbowl halftime show. Through the coordination of hundreds of drones, these light shows offer a much more interesting and innovative alternative to fireworks.

Obviously, a hundred drones aren’t controlled by a hundred drone pilots. While we’re not going to delve into the specifics of how hundreds of drones can be coordinated, we can look at the legal side of executing such stunts. How does an organization secure a waiver that allows a drone pilot to operate multiple sUAs simultaneously? Check out this sample waiver for Part 107.35.

The operations will take place on a solar farm at least 6 miles north of the Barstow Freeway in San Bernardino County, California. All operations will be done in Class G airspace. The nearest airport to the proposed location is the Barstow-Daggett Airport, located 28 miles to the south-west.

The proposed area of operations is a state-owned solar farm with a total land area of 30 acres. The entire property has been fenced off and has controlled points of entry only at the north and east sides. The terrain of the area can be described as a mostly flat plain with minimal altitude variations. There are no large obstacles within the area of operations save for a few trees in the periphery.

The proposed operation is the surveillance of a 30-acre solar farm located in San Bernardino County, California.  Due to the size of the area, three (3) sUAs will need to fly across its length along parallel routes to provide good visibility to the on-site security personnel. The surveillance flight will be carried out at a prescribed schedule as determined by the maintenance requirements of the solar farm. Both optical and thermal imaging will be done as a means of assessing the condition of the solar panels on the farm. Operations will only be carried out during the daytime.

The control system which will be used for operations is the Universal Ground Control Software Pro Version developed by UgCS. This is a multi-drone ground control software with mission planning capabilities. Maps can also be integrated into the software in KML or DEM formats to allow for flight planning relative to terrain features.

Prior to the operations, each sUA will be programmed with a pre-planned flight route which it will follow automatically. To cover the length of the operations area, each pre-planned flight route will cover a total distance of 3000 feet or 0.6 miles. The groundspeed of each sUA will be limited to only 12 mph, which will allow them to cover the whole length of the flight route in three minutes in the absence of wind resistance. The sUAs will cruise along the flight path at a fixed altitude of 200 feet.

The pre-planned flight path of each of the three sUAs will be at least 150 feet away from the adjacent one. This separation distance prevents any conflicts between the flight paths of individual sUAs and allows for the recovery of any malfunctioning sUA without disrupting the operations of the other units.

Designated take-off and landing points will be established at both ends of the pre-planned flight route of each sUA. These will be clearly labeled and have no nearby obstacles. Emergency recovery areas will also be established near the middle of the operations area.

Each sUA will be outfitted with an ADS-B receiver which will alert the RPIC if there are nearby manned aircraft in the operations area. Operations will be suspended immediately in this circumstance, and the sUAs will be directed to the nearest recovery or landing area.

The flight crew will consist of one RPIC and at least four visual observers (VOs). The RPIC will be stationed in the middle of the operations area while two VOs will be located at either end of the length of the operations area. For each member of the flight crew, a five-foot metal platform will be provided for them to stand on and allow them to better perform their duties.

The main duty of the RPIC is to ensure that all sUAs are flying along their prescribed flight paths by monitoring their live video feeds and telemetry data using the ground station. Real-time data on the position, altitude, attitude, groundspeed, and battery level must be available to the RPIC at all times. The VOs will maintain visual line of sight with the sUAs and scan the surroundings for both airborne or ground-based hazards. The sUAs are also equipped with obstacle detection sensors in the front, bottom, and upward directions.

All members of the flight crew will be provided with electronic devices for communication. A special provision will be given to the RPIC for hands-free communication. If the communication system fails at any point, the sUA operations will be suspended.

Part of the responsibilities of the RPIC and VOs is to ensure that the sUAs maintain their flight paths and don’t go beyond the boundaries of the operations area. As a redundant measure, each sUA will be programmed with an automatic geofence that will prevent them from going outside the operation area’s pre-set boundaries. Upon encountering the geo-fence, the sUAs will be programmed to hover in place.

Each sUA has an independent control link and they do not communicate with each other. In the event of a failure of the control link, the Return to Home (RTH) feature of the concerned sUA will be automatically activated. This will prompt the drone to fly to its take-off point, which will also be designated as the RTH landing point. The sUA will maintain an altitude of 100 feet AGL as it flies back in RTH mode.

Each sUA is equipped with the SafeAir M200 Pro flight termination system which will allow for the safe recovery of the sUA and prevent any excessive property damage should it crash. The SmartAir system also stops the rotation of the sUA’s rotors upon deployment of the parachute to ensure successful deployment and avoid further collateral damage. The RPIC is responsible for the maintenance and pre-flight inspection of the flight termination system.

Prior to the operations, all members of the flight crew will undergo training on the limitations of this waiver, proper scanning techniques for potential hazards, traffic avoidance procedures, emergency procedures, and the standard regulations under Part 107. After the training, the RPIC and the VOs will take a 20-item written test to assess their level of knowledge about the proposed operations. Each member of the flight crew must answer 100% of the questions correctly before they can be permitted to participate in the operations. Documentation of the training and test results must be with the RPIC and kept available for inspection by the appropriate authority.

Not less than 24 hours before the proposed operation, the RPIC will issue a NOTAM which includes details about the nature of the activity, the inclusive date and time, the location of the operations, and the maximum altitude of the sUAs.

The flight crew will conduct a pre-operations safety briefing whenever they conduct the operations indicated in this waiver. During this briefing, the crew will review their established positions, locations, responsibilities, boundaries of operations, and emergency procedures. The RPIC will also do a pre-flight inspection of the sUAs to ensure that they have no physical damage and that their sensors are running as expected. The results of the pre-flight inspection and any maintenance activities need to be documented, and the logs must be with the RPIC and kept available for inspection by the appropriate authority. 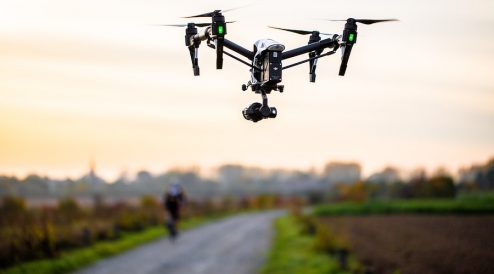