Launching or landing a drone by hand is something that many drone pilots do, but it may seem intimidating for those who have not tried it before. Depending on the circumstance, hand launching or landing may be necessary to keep the drone or other people around you safe.

There is certainly an element of danger to hand launching or landing, but this is something that can be overcome with a bit of practice and knowledge of the proper rules. Here are some pointers if you’re trying to learn how to safely hand launch and land your drone.

When to hand launch or land

That said, there are several scenarios where hand landing or launching are necessary. The most common is when flying in spots where there are no safe take-off or landing spots. You may be in a space where there are no spots of even terrain, or where there is a risk of dust or sand getting into your drone’s electronics.

Hand landing or launching is also a common practice for pilots who fly their drones from boats. The surface of a boat is way too unstable for a drone, and the drone is more likely to crash into a nearby wall than take off or land without incident.

Launching and landing a drone is also something you may typically see when drone pilots are flying in crowded spaces. This keeps the drone clear of the height of people, particularly during the first few seconds after take-off when the drone’s flight is a little erratic. There still has to be clearance between the drone pilot and other people, but the requirement is a bit lower.

Outside of these scenarios, there is probably very little need for a drone to launch or land by hand. Do not do this just as a way to show off. Keep in mind that acting “macho” is considered one of the five hazardous attitudes that pilots must avoid.

The presence of mind is the most important tool

When launching or landing a drone by hand, it’s very important to be keenly aware of the dangers involved in this single act. Missing your mark by just a few centimeters can lead to your fingers getting badly injured. When this happens, there is also a chance that the drone will lose control and cause even more injury or damage to property.

This danger sense should also extend to the people and objects around you. If possible, it’s best to do a hand catch or launch in a fairly large open space free of obstructions. You want to be able to focus on the drone, your hand, and the controller. There are already too many things happening all at once and you will not want to get distracted.

People tend to be more careful the first few times when hand launching or landing a drone because they are still nervous about the act. With some practice, they become more relaxed, and that is when accidents happen. Even if you’ve done this a couple of times, this is not something that you would want to do with a laid-back attitude. You may know the right moves, but that does not make you any less vulnerable to getting injured.

This advice applies to all steps of hand landing and launching a drone – take your time and take it slow. Go through the steps one by one without rushing. If the conditions are not right to hand launch, wait for the right moment. If there is a strong wind blowing, wait for it to subside before attempting to hand catch.

Attach a lanyard to the remote controller

Here’s something you can do as preparation – buy a lanyard for your remote controller. Hand landing or launching means that you will be forced to use your controller using just one hand. This is infinitely easier if there’s something that is preventing the controller from falling down. The lanyard does not have to be something fancy. Just get one that is durable and adjustable, such as this Mini 3 Pro lanyard from CYNOVA.

If possible, work as a team

One way to make the task of hand landing or launching is to work as a team of two people. One person will do the hand catch or take-off, while the other person focuses on flying the drone. This eases the pressure of having to multi-task while also worrying about the danger of getting injured.

It’s best to do this with someone that you have worked with before. Communication is key here – you want to be able to hear each other talking, even amidst the loud buzz of the drone flying nearby. You can even consider rehearsing the actual launch and land events just so you’re clear on the communication protocols.

When launching, hold the drone as far away as possible

Let’s start with the procedure for hand launching a drone. You will want to hold the drone on its underbelly. If your drone has a landing gear in the style of the Phantom 4 Pro, you can hold it up using one leg of the landing gear.

The general rule of thumb here is to lock your elbow and keep your arm angled up at around 45 degrees. You will want to keep the drone as far away from your head and face as possible. You will likely flinch once the propellers start rotating, but that’s fine. It’s a natural instinct to try and protect your face.

With your other hand, prop up the controller against your chest to keep it stable. You will then want to push the left and right sticks apart using your thumb and forefinger to start the propeller motors. At this point, you should quickly push up the left stick to make the drone gain elevation. Once you start to feel the slightest resistance, let go of the drone.

Pay attention to the wind and your movement

As part of the situational awareness needed during hand launching, pay attention to the wind direction and speed. You will never want to be downwind of the drone as it can quickly fly in your direction. Instead, position yourself in the upward direction to keep yourself safe from your drone potentially drifting with the wind.

The same logic also applies to launching a drone from any moving vehicle, as hand launching from boats is quite common. Take note that a drone will attempt to maintain its position upon launching based on GPS stabilization This could be a problem if you’re standing on a boat that is moving towards the drone.

Instead, hand launches the drone at a position where the boat will be moving away from its takeoff position. This could mean that the drone could end up flying over water very quickly, but the risk of a water-related incident is infinitely less severe than the drone’s propellers coming close to your face.

Let the drone do the work

Whether you’re hand launching or catching, it’s good practice to let the drone do the work. This means letting the drone fly away from your hand and land gently on your hand. Forcefully grabbing a drone while it is hovering is a recipe for trouble, as the drone is bound to put up some resistance to maintain its position.

When landing, don’t grab – let the drone come down to you

There are two schools of thought when it comes to hand-catching a drone – using the auto-land feature, or landing the drone manually. The first option is slower, but also safer.

When landing a drone, navigate the drone to about six to ten feet directly in front of you. You will then want to place your hand directly below the drone and activate the auto-land feature. It will take a while before the drone will register your hand as a suitable landing surface, after which it should gently settle close to your palm where you can grab it.

Manually landing is also an option, but you will need to make sure that the downward-facing sensor or any automatic landing protection is deactivated. If you forget to do this, the drone will attempt to fly away from your hand. Again, forcefully grabbing a drone that is actively trying to fly away is very dangerous.

Should you do the catch and flip?

If you’ve seen videos of people hand-catching drones, you might have seen the maneuver that is called the “catch and flip.” This involves grabbing the drone as it lands and quickly flipping it over to its underside. This activates a safety feature found in some drones that automatically shuts down the propeller motors. Of course, you will want to check if your drone even has such as safety feature before attempting this maneuver.

The catch and flip is a move that looks cool, but it is definitely not safer than engaging your drone’s landing function. The drone will be fighting against the maneuver as it actively attempts to maintain its position. Doing a quick flip of the drone also exposes your forearm to the propellers, which could result in a serious injury.

If you have never done a catch and flip before, we advise not making it part of your repertoire. There is no practical reason to be doing it, especially when there are at least two other methods of hand-catching that are much safer.

Doing a hand launch or catch is not the safest practice, but there may be a few times when it becomes necessary. Although useful, our recommendation is to try your best to avoid doing it. This could mean always having to bring a landing pad or moving your take-off spot by several meters.

If you must do a hand launch or catch, then always be keenly aware of the dangers involved. Keep the drone as far away from your face as possible, secure your remote controller with a lanyard, and maintain your presence of mind. 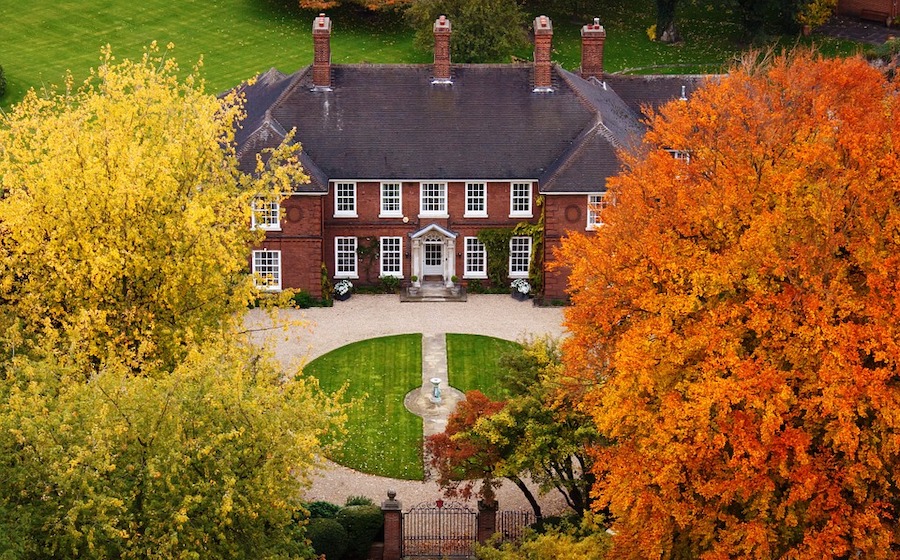