Drone parachutes are useful for reducing damage to your drone in the event of a crash. In the future, parachutes may be necessary for Part 107-compliant flights over people. However, there is currently no drone or accessory that has been certified for this use.

Drones crash all the time. As a drone pilot, you have probably thought about equipping your drone with a parachute to slow it down as it plummets to the ground. That’s no longer a thought exercise, as such an accessory exists. In this article, we give you the low-down on drone parachutes – when they are necessary, and how well they work.

When are drone parachutes necessary?

Let us preface this discussion by stating that there is no legal requirement yet for the use of parachutes in drone operations. The FAA may have already released the updated regulations on drone flight over people, but there are currently no drones or accessories that have been certified under this new law. Yes, it is possible to fly a drone over people legally, but it is not through the use of parachutes.

There certainly are some valid reasons for the use of parachutes, the primary of which is to help prevent damage to your drone in case of a power failure. Drone parachutes work by detecting a fall and automatically deploying the parachute. Depending on the model, such parachutes can be reloaded or replaced entirely.

If you’re extremely worried about a drone crash, then it’s perfectly fine to attach a parachute accessory to your drone.

Will using drone parachutes make the flight over people legal?

The answer to this question is NOT YET – there is currently no legal framework that makes drone flight over people legal if the drone is equipped with a parachute. However, there may be some potential for this use case.

The new Part 107 rule for drone flight over people was published in April 2021. It is quite complicated because there is not a single rule. Instead, drones are grouped into four categories based on how much potential damage they can cause in the event of a crash. Different rules can apply to your drone according to its category.

Right now, only Category 1 drones are allowed for a flight over people. This pertains to drones that weigh less than 0.55 lbs. and do not have any exposed parts that can cause a laceration. This means that, aside from being lightweight, these drones need to have propeller guards. There are actually lots of micro-drones and FPV drones that fall into this category.

Category 2 and Category 3 drones weigh more than 55 lbs. and are discriminated according to their kinetic energy limits in terms of ft-lbs. of energy. The highest limit is 25 ft-lbs., applied to Category 3 drones. These drones must also not have any exposed parts that may cause a laceration.

What makes parachutes essential in this context is the fact that even the DJI Mini drones can reach speeds that exceed the kinetic energy limit of Category 3 drones. This means that even a sub-0.55 lb. drone will have to be modified to allow it to fly over people. The only realistic way for such drones to comply with the new rules is for them to be equipped with parachutes.

However, drones need to have a Means of Compliance (MOC) and a Declaration of Compliance (DOC) before they can be considered to be part of any of the categories mentioned above. This means that it is still not yet possible to fly over people legally, even if you’re using a parachute. This time will come eventually – drone parachutes offer a compelling possibility of keeping drone flight over people a lot safer.

How well do drone parachutes work?

Pilot Institute has tested drone parachutes twice, both of which have been documented on our YouTube channel. The first test was done back in 2020 for the Manti II parachute for the Mavic Air 2 and Mavic 2 Pro/Zoom drones. We have also done an updated test on the newer Manti III parachute, which we will focus more on today.

The Manti 3 is a standalone parachute accessory that fits the Mavic 3, Mavic 3 Cine, Air 2, and Air 2S drones. It straps right onto the body of the drone and has an attitude sensor and barometer that helps it automatically detect a rapid loss of elevation. Upon fall detection, the parachute can be deployed within 0.5 seconds via a quick response system.

The Manti 3 parachute weighs only 89.2 grams and should not impact the battery life and flight performance of the drone. It comes with a rechargeable battery that can last up to 30 minutes x 6 flights of the drone on a single charge. The core base and parachute parts can be replaced, so you need not buy the entire package after the parachute has been deployed.

The tests were generally successful, with the parachute deploying at both trials after the crash test dummy dropped for about 50 feet. This was a little nerve-wracking for the 100-foot test and might be a little too close for comfort. If you’re flying with a parachute, then it’s really best to fly at a minimum altitude of 200 feet to give the parachute enough time to deploy.

There are several ways for this experiment to be improved, and we plan to do so in the future. This includes attaching the parachute to a drone while testing its maximum flight speeds to test if the parachute will deploy prematurely. It would also be a good idea to attach sensors to the drone to measure the impact forces and maximum speed of the drone as it falls.

Now that the FAA is becoming more relaxed on the rules regarding drone flight over people, there is an up-and-coming market for drone parachutes. These help reduce damage in the event of a drone crash, both for the drone and for any other object or person it might fall on. There is no word yet on whether the drone parachutes will be certified by the FAA for this purpose, but they very likely will be essential tools for the commercial drone industry in the coming years. 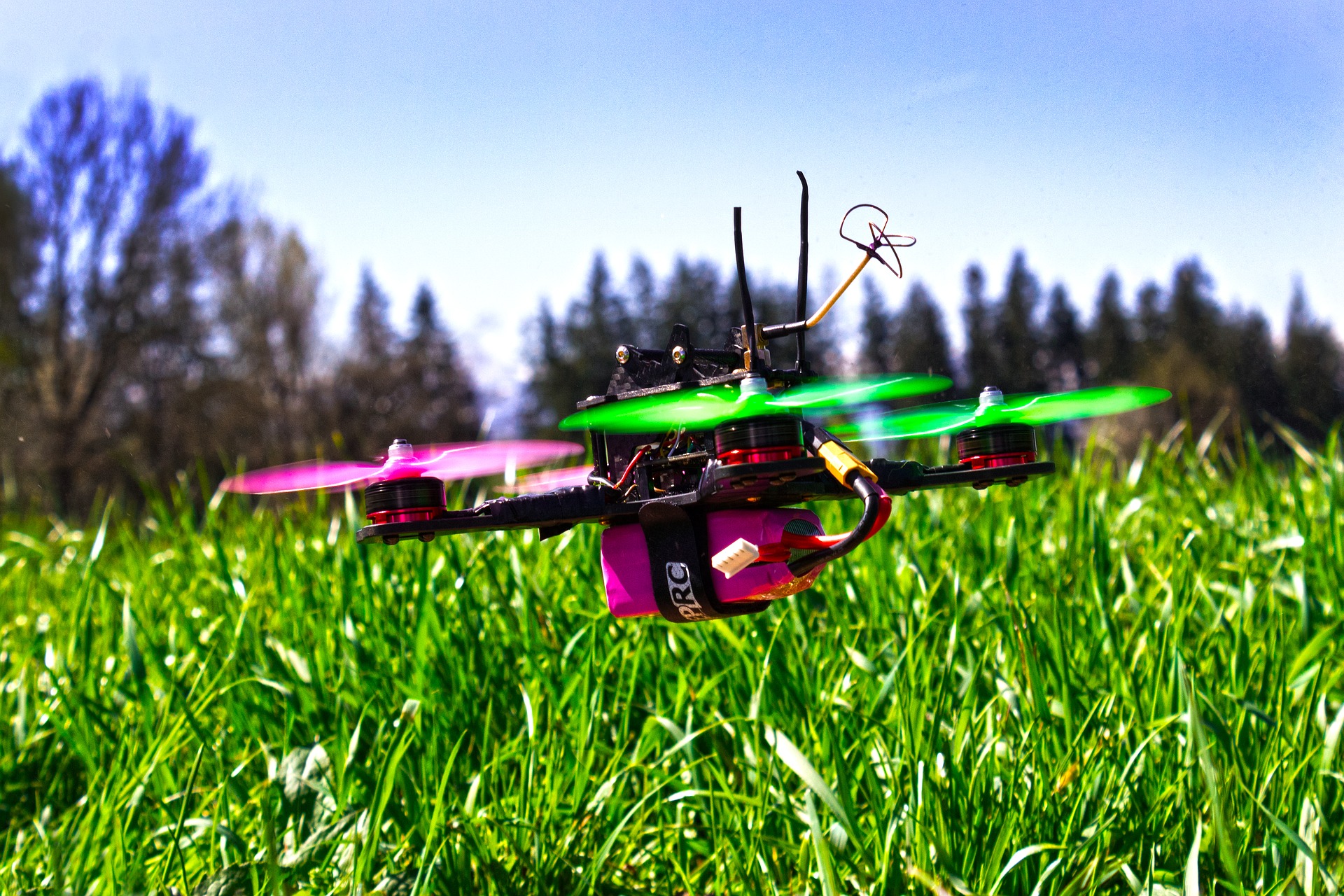 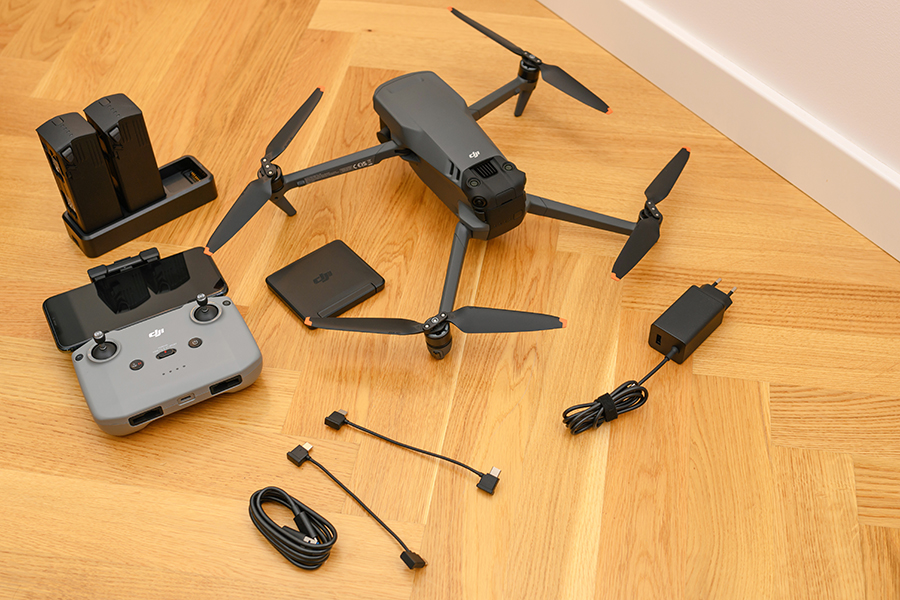