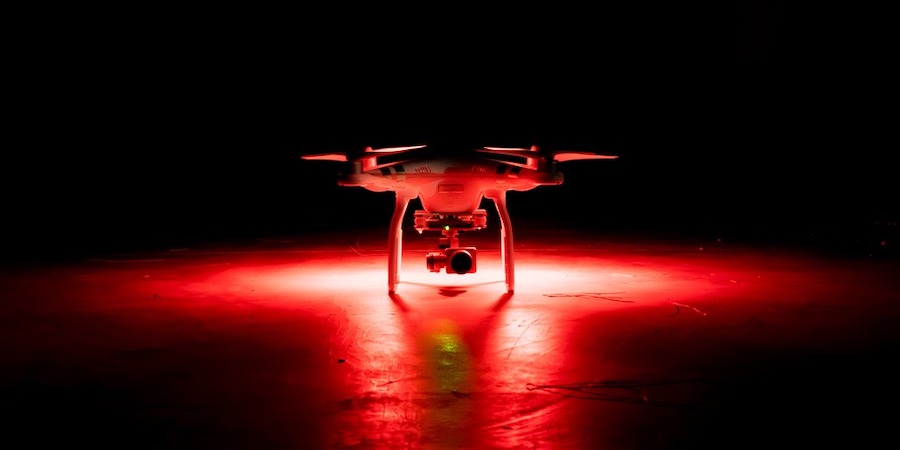 We’ve always said that buying a drone is a huge investment. You won’t be spending a huge amount of money on just the drone, but a significant chunk of your expenses would probably go to accessories. And trust us – the right accessories can make a world of a difference in drone flight.

Why are anti-collision lights necessary?

Anti-collision lights are comprised of ultra-bright lights, which may be white or colored, that are designed to help maintain visibility of your drone when flying in darkness. If you plan on flying your drone beyond daylight, then you are going to need anti-collision lights whether you are flying for fun or for profit.

It bears noting at this point that the rules and recommendations for the use of anti-collision lights must not be viewed as simply complying with the FAA’s demands. Maintaining visibility at night is a critical part of safely flying your drone and making sure that it does not run into any obstacles. Ultra-bright anti-collision lights can also help avoid close encounters with manned aircraft, although such a scenario is far from ideal.

By default, the lack of any restriction against recreational night operations means that it is allowed. Instead, the FAA recommends that recreational drone pilots “do not fly at night unless their drone has lighting that allows them to know its location and orientation at all times.”

14 CFR Part 107 provides the legal framework for commercial drone flight. The relevant rule is summarized under Section 107.29, entitled “Daylight operation” as quoted below:

Although flight beyond daylight is normally restricted, licensed drone pilots have the privilege of applying for a night waiver. This is granted upon request by a Responsible Party and upon the discretion of the FAA. Waivers for drone operations at night constitute more than 95% of the waiver requests that the FAA receives regularly, a testament to the commercial importance of being able to fly drones at night.

A sampling of the waivers that the FAA has granted for Section 107.23 reveals a few common requirements – (1) the remote PIC and visual observer must be trained to recognize and overcome visual illusions caused by darkness, (2) they must do an assessment of the operations area during the daytime, and (3) must have a drone that is equipped with anti-collision lighting that is visible up to no less than three statute miles.

What’s the difference between anti-collision and navigation lights?

Flight rules often refer to either anti-collision lights or navigation lights in drones. Take note that these are different things, although it’s not impossible for them to overlap.

On the other hand, the main goal of navigation lights is to help drone pilots maintain a sense of orientation even when flying in darkness. To achieve this, different-colored navigation lights are placed on the left and right sides of the drone.

Aviation standards dictate that the left side must have a red light and the right side must have a green light. Drone pilots don’t necessarily have to follow this standard, but most do anyway. Drone navigation lights typically don’t blink or strobe.

Drone pilots have the option of combining both in a single lighting setup. Navigation lights can have strobing effects to help enhance their visibility. A pair of navigation lights can also be augmented by a single anti-collision light located somewhere else in the drone’s body.

Does the FAA require particular anti-collision lights when granting a night waiver?

Aside from the need to remain visible up to three statute miles, the FAA imposes no requirement on what type of lights a drone must have when flying at night. Thus, there’s no particular brand or color of anti-collision lights for a drone to have before it can be used for night operations.

But don’t most drones already come with built-in anti-collision lights? Yes, they do. Even ultra-portable models like the line of Mavic drones from DJI come with stock lights. However, these lights aren’t quite as bright as third-party lighting accessories.

As far as we know, nobody has done rigorous tests of the visibility of the stock lights of consumer drones. Even drone manufacturers don’t release this information, likely because visibility is a matter that is affected by environmental factors such as the weather or the presence of obstacles.

However, it can also be argued that the brighter the anti-collision lights, the better. This is what third-party lights offer on customizable strobe patterns. If you’re thinking of flying a drone at night, or even during twilight, then investing in a high-quality set of anti-collision lights should be on top of mind.

How to pick good anti-collision lights for your drone

You can’t just attach any standard LED bulb to your drone and use it as an anti-collision light. With all the wind, heat, and humidity that drones need to fly under, you’ll need lighting implements that are appropriately rugged and will not break down after just a few uses.

This may not be a factor for those who are just looking for anti-collision lights, but we recommend looking for a set that can also be used as navigation lights. It usually just takes a pair of green and red caps to turn any standard strobe light into lights that can be used to maintain orientation. This three-pack of strobe lights from Lume Cube is a good example.

Balance is extremely important to a drone, and you would not want to mess it up by adding drone lights. Ideally, drone lights should be so light that they have no effect at all on a drone’s flight performance. This may not be a huge issue for large drones like the DJI Phantom 4 Pro or Inspire 2 because of their large payload capacity, but ultra-portable models may need a more nuanced deliberation.

Anti-collision lights are simple accessories and installing them on your drone shouldn’t be a complex process. Ideally, you’re looking for lights that you can simply stick on the body of the drone with some adhesive tape. You’re looking for something that’s durable and yet can withstand the outdoor elements which your drone will be exposed to.

Most anti-collision lights come with built-in batteries using either LiPo or alkaline battery technology. This is the simplest option if you want lights that you can just stick onto your drone, although you’ll have to make sure to always carry spare batteries.

Some lighting options draw power directly from the battery of the drone, such as the stock lights that come built-in. When using these lights, take note of the additional burden it puts on the battery of your drone and the dramatic drop in flight time that you can expect. Make sure to leave enough juice in your battery for the drone to make the return trip.

Strictly speaking, anti-collision lights aren’t exactly essential accessories if you only plan on flying your drone during the daytime. However, there’s a peculiar appeal to flying your drone at night. There’s something about seeing it light up and fly around against the dark sky, not to mention all the gorgeous city lights that you can capture with your drone’s camera.

However, flying a drone at night also means accepting a slightly higher sense of responsibility and accountability. Without the proper anti-collision lights, the risk of crashing your drone against an unseen obstacle increase dramatically. There’s also the fact that you can be endangering other drones in the vicinity or even manned aircraft. 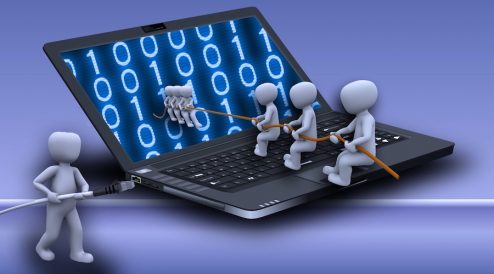