So you want to learn to fly, and you’ve now decided to actually give it a go! You’ve booked a taster flight, or what is generally known as an ‘introductory’ or ‘discovery’ flight.   Virtually all flight training schools can offer one of these.  It is what it says: a flight which allows someone who’s never flown before to try it out and see if they like it.  Such a flight will usually include you getting a chance to have a go on the controls, although this is not compulsory if you don’t feel ready for it yet.

What to Do in Advance

Which flying school should you go to for this first flight?  At this point, it probably doesn’t matter all that much.  Unless there are definite reasons against it, just go to the one closest to your home or most convenient for you.  If and when you decide to take up  flying seriously, then is the time to start comparing schools and instructors.

Most flying schools offer discovery flights of various lengths, typically half an hour and an hour.   How long you need will depend largely on what you want to do.  If you have half an hour, you should get a chance to try flying the aircraft yourself.  But if you’re also keen to go to a particular area, perhaps to take photos of your house, and you want to try out the controls too, an hour might be better.  If you have definite requests like this, it would be better to say so in advance.  Just ask the CFI (Certified Flight Instructor) or Operations Manager when you phone up to book your flight, and they’ll tell you how long you’re likely to need.

Preparation for Your Flight

Having booked your discovery flight, you don’t have to do anything else.  But you’ll get the most out of it if you know as much as possible about flying and light aircraft in advance.  So now is the time, if you’re a complete novice, to read up about them.   If you have any questions, make a note of them so that you can ask your CFI on the day of your flight.  However, bear in mind that flying schools are often busy, especially at weekends, and your instructor might not have the time to tell you everything there is to know about aerodynamics or different aircraft types!

On the Big Day

On the day of the introductory flight, it’s a good idea to phone the school and ask if the weather is suitable.  If you live in an area with changeable weather, flights are liable to be canceled due to low cloud or rain, and it’s as well to know about this in advance.

Once you know that you’ll be flying, leave early, allowing plenty of time to get to the airfield. This is especially important if you’ve never been there before.  Some airfields, particularly small ones, can be incredibly hard to find.

The flying school and the CFI may have a full schedule, and they won’t appreciate you being an hour late, and in some cases they may not be able to fit you in at all. Also, you don’t want to be stressed and worried before you even start.  It’ll make your flying much more difficult since you really need to be relaxed to fly well. If you are unavoidably delayed, do phone the school, as schedules can sometimes be rearranged if they know in advance.

What do You Want From the Flight?

So what should you expect from this discovery flight? Beginners are often tempted to just leave the whole thing to the CFI.  After all, you may reason, he or she is the expert, and has done this many times before.  Surely your instructor will know what you should do during your flight. However, if you want to get the most out of the experience, this is not necessarily the best thing to do.

People book discovery flights for a vast number of reasons – it may just be a one-off experience, they might be wanting to do the whole PPL course, or they could even be planning a new career.  So people expect different things from their introductory flights: some might just be happy to look at the view and take photos of their house, others can’t wait to have a go on the controls, while a few want to be shown some exciting maneuvers that airplanes can do.  All of these things are possible, but instructors aren’t psychic; we can’t know what you want if you don’t tell us.

You also need to say if you want to see a demonstration of something specific, for instance, a simulated engine-off landing. Some people would love to know how you land an airplane if the engine fails; to others, the mere idea is terrifying.  So if you are interested in having this kind of thing demonstrated, say so.   And conversely, if you’re a bit nervous and want to take things very slowly, tell the instructor that.  We won’t think badly of you; we’ll just try not to scare you and allow you to get used to flying at your own pace.

The Flight Itself – What to Expect

our discovery flight will generally start with a briefing, during which you can explain all of the above.  You will also be told about the main controls of the aircraft and how they work.  This may be done sitting in a classroom with the instructor possibly drawing diagrams on a board, or it could be outside next to the airplane; it makes no difference.   Listen carefully, but don’t worry too much if you can’t follow or remember everything, as your instructor will go over it all again in the air.  Then you’ll have a short safety briefing, with a warning in particular not to walk to close to the moving propeller.

Once you actually get into the airplane, the most important thing is to try to relax.   For some people, the instructor/student relationship takes them back to being at school.  They feel like they’re being tested, and that the instructor is going to mark their performance. Believe me, that’s not the case.  My main aim, when I have new students, is to make sure that they enjoy it.  For some people, that means just looking at the view, and experiencing the ‘Wow!’ factor of the first flight.  For others, it involves learning as much as possible. For most people it’s probably a mixture of these two.  But again, your instructor isn’t a mind-reader, so it helps us if you give some indication of how you feel and what pace you want to go at.

When it’s your turn to take the controls, if you’ve opted to do so, listen carefully to what the instructor tells you, and then be ready to try it. Again, try to relax, and don’t panic if the airplane seems to turn into some mad uncontrollable machine the moment you take over.  Every aircraft has dual controls, and although your instructor may be sitting there looking completely relaxed, he or she can have that airplane back under control more quickly than you would believe possible.

On the other hand, don’t expect to be able to fly the aircraft perfectly on your first attempt, although some people do find it fairly easy. Actually, you’ll learn more rapidly if you don’t get too concerned about it all, so don’t grit your teeth and try too hard, but just relax and have a laugh about your own attempts.  That kind of alert but relaxed effort somehow seems to work best.  Supreme effort and iron-willed determination can actually get in the way of the process, and slightly more laidback students are often the ones who make progress faster.

Sooner than you will believe possible, your discovery flight will be over. Time seems to go faster than usual when you’re learning to fly, and I’ve even been accused by one person of giving all my other introductory flight students longer than she had! You might be exhausted from the 110% concentration required, but so exhilarated that you might not realize it until you fall asleep in front of the TV later on.  And your instructor will probably tell you…that you’ve done really well.  It will be quite true because managing to control an aircraft at all after only a few minutes of instruction is pretty good.

Your instructor might also tell you that you’re a natural pilot, but I’d take that one with a pinch of salt if I were you.  In my experience as an instructor, some people may pick up flying faster than others, but it has little to do with how good they’ll be in the longer term.

Generally, younger people learn a little faster than those of more mature years.  But it really makes little difference in the end, so if you are thinking of continuing, but are one of those who struggled initially – as I was – don’t let it bother you.  After all, that was possibly only your first lesson of many, and you now have the rest of your life in which to become a skilled pilot.

So now simply book your next lesson, and get ready to enjoy it…. 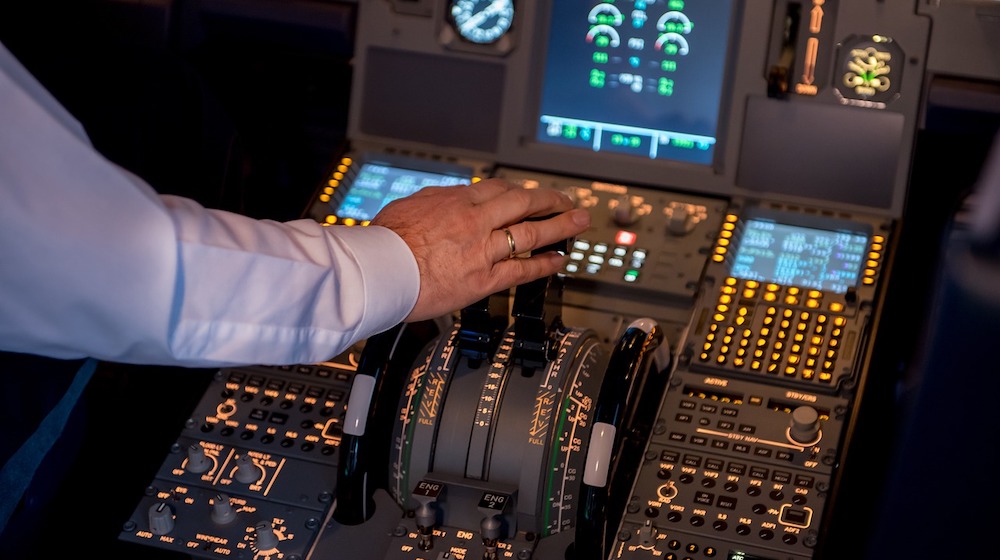 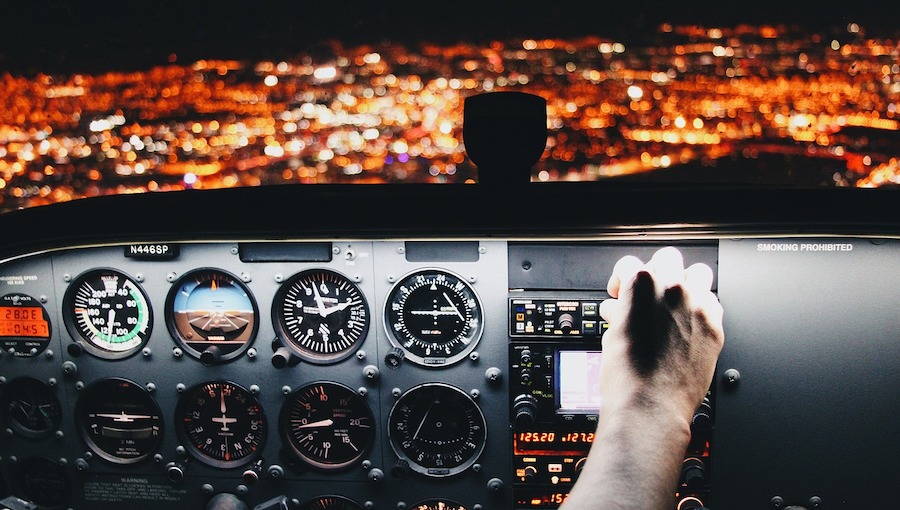 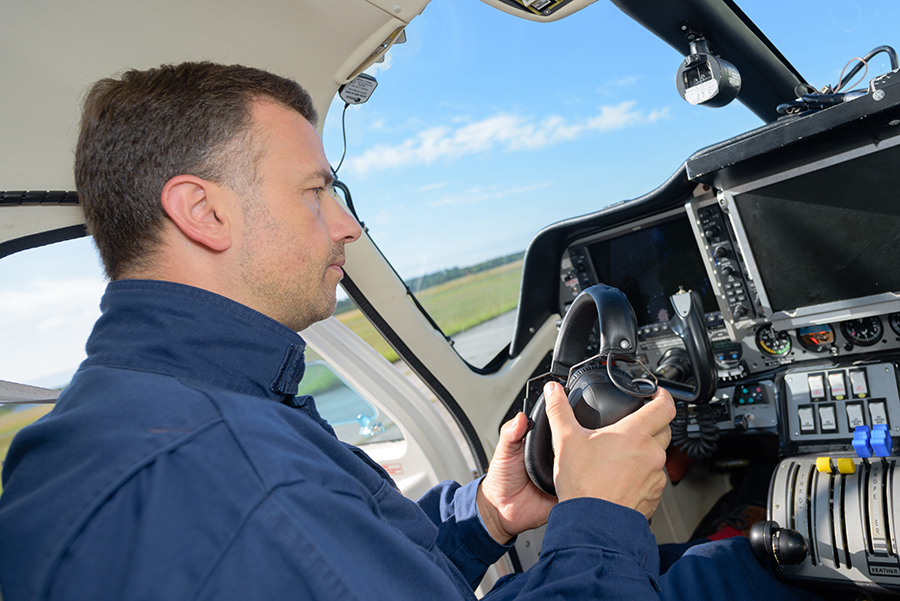