If you thought that icing was only a problem on cold days, it is time to think again. It isn’t only the airframe exterior that is susceptible to ice. Air and fuel are vital for an airplane engine to keep running. If either of these key ingredients are blocked and restricted, it could have bad consequences. According to the NTSB, carb icing has accounted for at least 250 accidents in ten years. But you can do things to prevent it and minimize the risk. Today we will take a detailed look at carburetor icing and how you can prevent it.

Carburetor icing forms as a result of a drop in temperature in the carburetor. The temperature loss is caused by the evaporation of fuel, combined with a pressure drop. If the carburetor is restricted or blocked, this can lead to fuel and air starvation in the engine, causing a restriction in available power or the engine stopping completely.

To understand carburetor icing and how to prevent it, it is worth going into a little more detail. Here is what you need to know

What is a Carburetor? 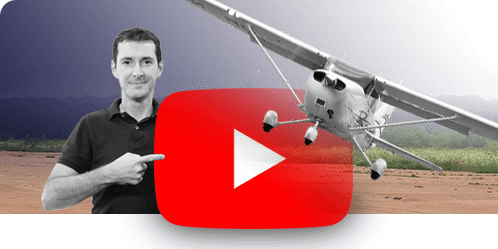 The carburetor is the section of an engine where fuel and air are mixed in the correct proportions before being drawn into the cylinders and ignited. The Carburetor forms part of the aircraft throttle system. The more air and fuel drawn into the carburetor, the greater the power produced by the engine.

Carburetors work using the Venturi effect. If you are unfamiliar with this principle, as air (or any fluid) is drawn through a restricted passage, two effects occur: –

At the narrowest part of the Venturi, there is a fuel line. As a result of the pressure drop, the Venturi draws in fuel, where it is mixed with the air forming a vapor that makes its way into the cylinders.

Understanding the butterfly valve and how it works with the throttle is an important concept. The observant among you will have noticed something. While the carburetor is a Venturi, a similar effect can be observed around the butterfly valve, too, as the airflow narrows and is restricted there also!

This means that icing can form in two places within the carburetor, within the main Venturi itself, leading to air starvation, and around the butterfly valve, leading to degraded throttle control.

Generally speaking, carburetor icing is more likely to form around the butterfly valve.

This is a significant problem. Carb icing tends to happen at low power settings, such as when making an approach. With the throttle at idle on the final approach, the pilot may be unaware that icing has formed until they come to apply power for a missed approach!

The power they need isn’t available, and the throttle is unresponsive, leading to disastrous consequences!

There are two reasons why carburetor icing occurs: –

Let’s take a look at both in sequence.

Here’s a little physics, but don’t worry, it isn’t complicated.

Quite simply, according to Boyle’s Law, when air pressure drops, the air temperature reduces. When air is compressed (called high pressure), molecules are pushed closer together and collide, causing a temperature rise. The inverse is also true.

As we have already seen, carburetors are a Venturi system. Pushing air through a Venturi causes a pressure drop and, therefore, a drop in temperature.

While the ambient air might be well above freezing, its temperature is reduced to sub-zero temperatures as it passes through the Venturi.

Carburetor icing is much more likely on warm and humid days.

Warm air has a greater capacity to hold more moisture. As a result, condensation or ice is more likely to form as the air temperature is reduced. The point at which water vapor condenses into liquid is called the dew point.

If you are flying on a day where the dew point isn’t far from the ambient air temperature, even a small drop in temperature in the carburetor can lead to the formation of ice.

If you’ve ever spilled fuel on your hand at a gas station (or when refueling your aircraft), you’ll already be aware of how quickly it evaporates, and it feels cold, right?

Evaporation occurs when a liquid changes into a gas. To do so, it requires energy. This energy is drawn from the ambient air or anything touching the liquid. Petroleum and kerosene both have weak intermolecular attractions. If that sounds complex, don’t worry. It simply means fuel evaporation happens more readily and quickly, with a faster energy transfer.

What are the Symptoms of Carburetor Icing?

Carburetor icing can be insidious and happen gradually. As a result, pilots may not notice it until it becomes a significant problem. Here are the signs of carburetor icing: –

If ice builds up, less air is drawn through the carburetor and, therefore, less fuel. Less fuel and air making their way to the cylinders means that the engine won’t produce as much power.

Keep a good eye on your RPM gauge. If anything looks untoward, or you find that you are struggling to maintain speed or altitude, carburetor icing could be the root cause.

A carburetor is a calibrated component designed to deliver precise ratios of fuel and air to the engine cylinders. If there is a blockage or restriction, this ratio is thrown out of kilter. The end result could be an engine running too rich or lean, leading to rough running or vibration.

Less air and fuel burned means a lower temperature at the exhaust. With time, you’ll gain a good understanding of what is a ‘normal’ range of temperatures. If the EGT is particularly low, carburetor icing is a likely culprit.

Remember we talked about the butterfly valve being a key ‘choke’ point for carburetor icing?

If the ice builds up significantly, it can ‘freeze’ the throttle in place. Aircraft are particularly prone to this when the throttle has been left in the same position for an extended period, such as in the cruise phase of the flight or a long descent.

This is an extremely rare occurrence, but it is possible if you’ve missed all of the previous signs. Fuel and air are the lifeblood of an engine. If either is restricted too much, then the engine could quit entirely.

If this happens, you must leave carb heat selected, as there may be enough residual heat provided from the exhaust manifold to melt the ice.

How do I stop my carburetor from icing?

If all of the above sounds a little frightening, there is no need to worry. With a good sense of airmanship and regular checks, the risks from carb icing can be minimized. Here are the best ways to prevent carburetor icing

Carb heat is a really effective method to prevent icing. It works by drawing relatively warm air from around the exhaust manifold and pushing it through the carburetor. This warm air rises the temperature and melts the ice.

There are a few things worth noting.

When you use carb heat, the air is warmer and less dense. As a result, this may lead to a slight degradation in performance as the mixture ratio between fuel and air won’t be optimum, so expect the engine to change in pitch and power for a short time.

Engines are meant to run on fuel and air only. If there is ice present and it begins to melt, then you might find that water or small pieces of ice are introduced to the mixture. Again this will result in rough running. It is vital that keep the carb heat running even if the engine sounds a little rough!

Be Aware of Typical Icing Conditions

Temperature drops in the carburetor can be as large as 30 degrees Fahrenheit. However, air temperature isn’t strictly the main factor in assessing the likelihood of carburetor icing.

Instead, pay attention to the humidity.

Want a quick way to work out whether the air is particularly humid or not?

Remember how we talked about dew point? This is the temperature at which water vapor turns into a liquid and condenses. Keep a lookout for a small split between the ambient air temperature and the dewpoint when checking the weather. If they are relatively close together, carburetor icing is much more likely.

As we said, fuel evaporation is a cause of carburetor icing. You can reduce the effect of this slightly by flying with a leaner mixture. At lower levels, this isn’t really an option. However, in the cruise, it is well worth reducing the fuel ratio.

As a nice bonus, leaning the mixture means that you’ll get better range and endurance.

Carb icing is most likely to occur at low power settings. Particularly in the descent or periods of slow flight. The answer is to increase the power occasionally.

In a long descent, you may want to level off for a time and increase the power. A good tip is to cycle the carb heat while you do this to ensure that there is no ice before continuing on your way down.

If flying a circuit, the downwind leg is an ideal place to give the engine a quick blast, along with a carb heat cycle in preparation for your approach

Carburetor icing is an inherent risk when flying piston-driven aircraft. However, by understanding the causes, we can mitigate that risk. By utilizing onboard systems and following a few standard checks, you’ll be able to ensure your aircraft is operating optimally. Having a good working knowledge of aircraft systems is vital. Why not check our private pilot’s courses, gain in-depth knowledge, and have fun while you are doing it? 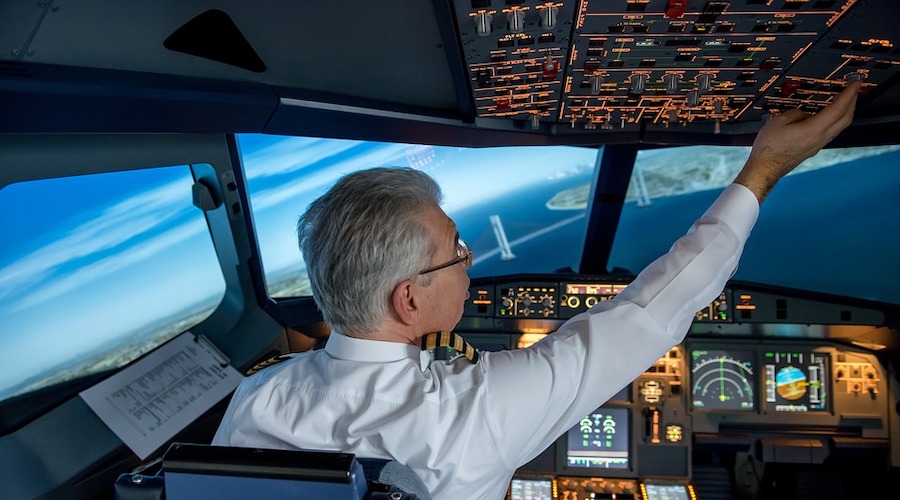 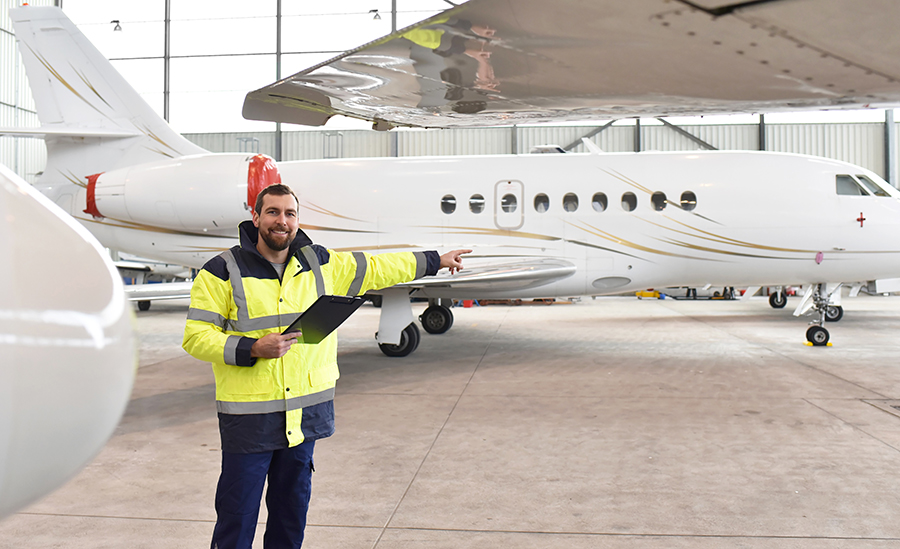